Here’s how a Big Beer merger could hurt craft brewers 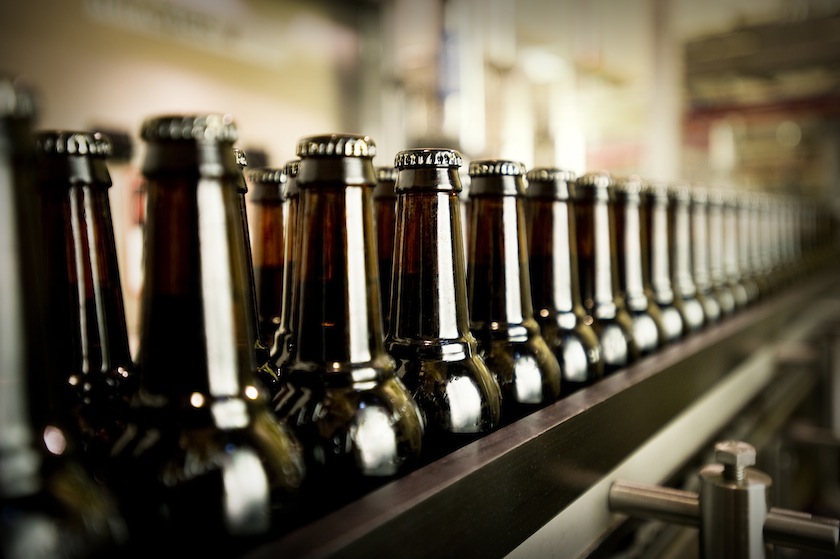 As Anheuser Busch InBev (BUD) and SABMiller continue their pas de deux over whether they will or won’t become a single company, most of the rest of beer world—along with many analysts and shareholders—believes it’s just a matter of time before it happens.

When and if it does, the formation of the mega-brewer is going to have ripple effects on the craft beer industry—though they might not occur exactly where you’d first suspect.

Almost certainly, the combined company would need to shed many of SABMiller’s U.S. holdings in order to win regulatory approval from the Justice Department. But Paul Gatza, director of industry trade group the Brewers Association, says he doesn’t expect a deal to have an impact on craft brewers’ U.S. operations, since they “operate in a different sphere.”

But when you start thinking about the global landscape of craft beer, that’s where things get a little more interesting. A combined AB InBev/SABMiller would have a massive worldwide distribution network—and access to distribution is an essential part of success in the beer world.

The problem with distribution rights, at least in the U.S., is once sold, they can’t be renegotiated or taken back. And if a distributor opts to downplay one beer (say, a craft brewer’s product) in favor of another (for instance, an offering made by the macro company that owns the distributor), there’s not much the smaller brewer can do about it.

U.S. craft brewers have increasingly been selling their products in other countries. Craft beer export volume was up by 35.7% in 2014 for a total of $99.7 million, according to the Brewers Association, with 80 brewers exporting their products.

“I think there’s a lot of curiosity around the world about American craft beer,” Brendan J. Moylan, proprietor of Marin Brewing Co. and Moylan’s Brewery & Restaurant told Fortune earlier this year. “In a lot of the older countries there’s an old-school mentality that has left pretty generic guidelines for what beermakers are making. The craft beer scene in America has let us be free and make whatever the heck we want.”

But by dramatically expanding its existing distribution network in Europe, Asia, and other countries—and focusing on its own bigger brands as it has frequently done domestically—an AB InBev/SABMiller combo could hamper the expansion of U.S. craft beers in international territories.

The formation of a brewing giant could also impact the growing overseas craft scene. There are currently over 5,000 breweries in Europe, according to trade organization The Brewers of Europe—a number that, as of last November, had increased by 73% in five years.

And just like the U.S. market, consolidation is taking place overseas. SABMiller already owns niche operations such as Australia’s Beez Neez and Fat Yak. Earlier this year, it bought Britain’s Meantime Brewing Company—one of the craft pioneers in the U.K.

The addition of those macro-owned “micro” breweries to AB InBev’s lineup will very likely make it harder for smaller operations to find shelf space or tap handles. (Customers will still seemingly have “craft” options—though many won’t realize it’s from a big brewer.)

And then there’s Africa. The continent is primed for explosive growth—last year, it generated 28% of SABMiller’s revenue, according to the New York Times. (AB InBev does not have a significant presence in Africa, which is one of the reasons it’s going after SABMiller.)

South Africa alone has seen a tremendous surge of interest in craft beer in recent years, resulting in a current count of more than 150 local brewers. The market there is still nascent, though, and, just as in Europe, a macro brewer as strong as a combined Anheuser Busch InBev/SABMiller could limit the availability of beers like those from Devil’s Peak Brewing Co. or Ubuntu Kraal.

One other thing to consider as one mulls how this deal might affect the craft world: While AB InBev will have to spend a lot on SABMiller, the resulting company should be cash rich once it streamlines its operations.

AB InBev has been on a buying spree when it comes to craft brewers—acquiring Golden Road Brewing and Elysian Brewing earlier this year—and once those efficiencies are realized and revenues spike, that should give it a much bigger war chest to buy more. Whether it would get those smaller labels out to a global audience, or let them go flat, remains to be seen.