Kevin McCarthy drops out of race for House Speaker 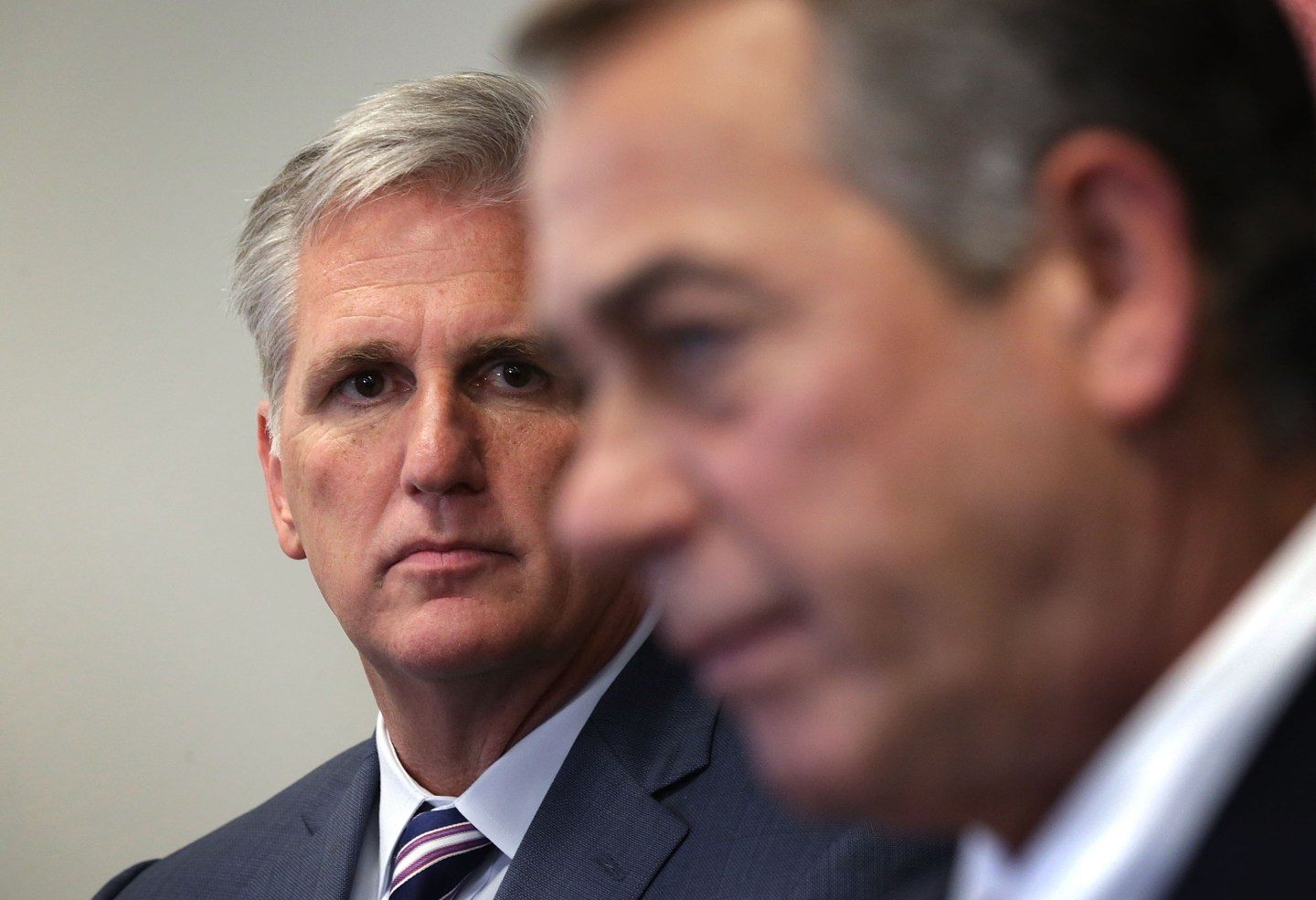 This story originally appeared on TIME.com.

The race to replace outgoing Speaker John Boehner has been upended, as the most likely successor has dropped out, according to social media posts from House Republicans.

California Rep. Kevin McCarthy, who had been under fire for the last week for comments on the Benghazi investigation, apparently ended his candidacy, causing the election to be postponed.

When Boehner announced that he would not continue as Speaker last month, the handoff to McCarthy, the current House Majority Leader, was supposed to be calm and orderly.

But McCarthy mishandled a Fox News interview, stating that the House committee to investigate the deaths of four Americans in Benghazi, Libya, was helping drive down Hillary Clinton’s poll numbers—a gaffe that gave the Democrat’s campaign a huge gift.

The room was stunned as McCarthy announced he is "not the right one" to lead the conference. At 8am he was at a forum making his pitch.

He faced challenges from conservative Reps. Daniel Webster of Florida and Jason Chaffetz of Utah that, while longshots, made it difficult for him to win the speakership easily.

Read More: Why the House Speaker Fight Is Poised for Chaos