Google’s new Chromecast lineup: a hit and a miss 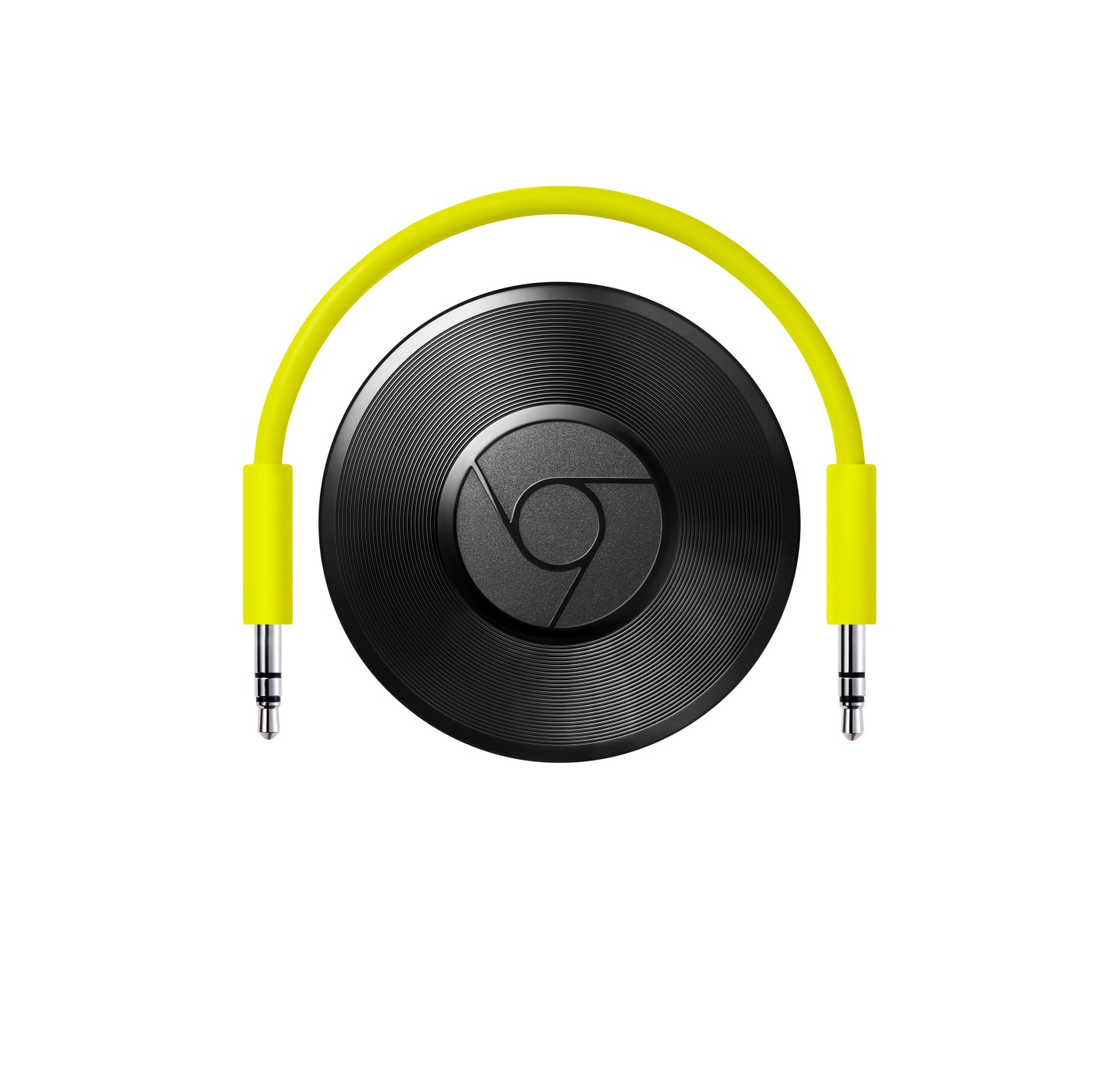 Google will soon launch Chromecast Audio, a 3.5mm device that broadcasts audio from any speaker.
Courtesy of Google

Google (GOOGL) recently announced that the company sold over 20 million Chromecast devices. The hardware, which plugs directly into an HDMI port on your television, streams content from the likes of Netflix and Hulu.

I’ve spent just over a week with both devices, playing everything from movies stored in my Plex account, to repurposing an old Jambox to stream music over Wi-Fi. At the end of my time with both devices, one had won my heart, while the other left me feeling apathetic.

The new Chromecast ditches its original stick design for a round, hockey puck-like look. Only, you’d never mistake it for a hockey puck due to its size (roughly 2-inches in diameter) and its new color options: black, lemonade, and coral. The new design also ditches the HDMI port at the end of the unit, replaced with a short HDMI cable measuring just over 4-inches in length. By adding a short cable to the device, it should alleviate headaches caused when trying to rearrange cables plugged into the ever-so-crowed auxiliary ports on the back of our televisions.

The biggest change to Chromecast, other than it’s new shape and color scheme, is its new Wi-Fi capabilities. Google added 802.11ac with support for 2.4GHz and 5GHz networks. Furthermore, the search giant claims the new Chromecast leverages adaptive antenna technology to improve its connection reliability, which in turn leads to less buffering and better streaming quality.

In short, the second-generation Chromecast failed to impress. There’s really no compelling reason to spend another $35 to upgrade your dongle unless you have horrible Wi-Fi coverage and need all the help you can get.

Chromecast Audio, on the other hand, is a $35 device that’s worth every penny. As the name implies, Chromecast Audio is designed to connect any speaker equipped with a 3.5-millimeter auxiliary port, RCA port, or optical input to the Internet. Included in the box is a short, 3.5 mm cable.

I connected the Chromecast Audio dongle to the auxiliary port of my Jawbone Jambox and then set up the device using an app on my iPhone. The set up process took just a few minutes, save for finding a compatible music service. Apple Music doesn’t support Chromecast, and I don’t subscribe to Spotify (a recent addition to the Chromecast lineup), so I was went with Pandora. Unlike the Chromecast app on Android, the iOS app initially lacked any means for discovering other Chromecast-enabled apps at the time. Google has since updated the iOS Chromecast app, adding the ability to find compatible apps and search for content.

After selecting a radio station in Pandora, I tapped on the Chromecast button and selected the Audio device from the list, and a second later music began streaming. The best part? I didn’t have to mess with Bluetooth settings or worry about getting too far away from the speaker, which would strain the connection. In fact, I was able to leave the house entirely and Pandora continued streaming for my family to enjoy.

Chromecast Audio follows the same streaming model as its video equivalent, meaning you select content to stream from an app installed on your smartphone or tablet, and then “cast” it to the proper Chromecast. Once the stream has started on your TV or speaker, the Chromecast device establishes a connection to the respective service, effectively removing your device from the equation. Of course, you can still control various aspects of playback, but the streamed content isn’t reliant upon your device.

I did experience a few instances where the audio would cut out, skipping a few seconds of a song. I tried to figure out a potential cause, with no success. Google has said a future update will add the ability to stream music to more than one Chromecast Audio device at a time, which as a Sonos user, is a feature I missed during testing.

If you’re looking for an inexpensive way to repurpose old speakers you have lying around, give Chromecast Audio a serious look.