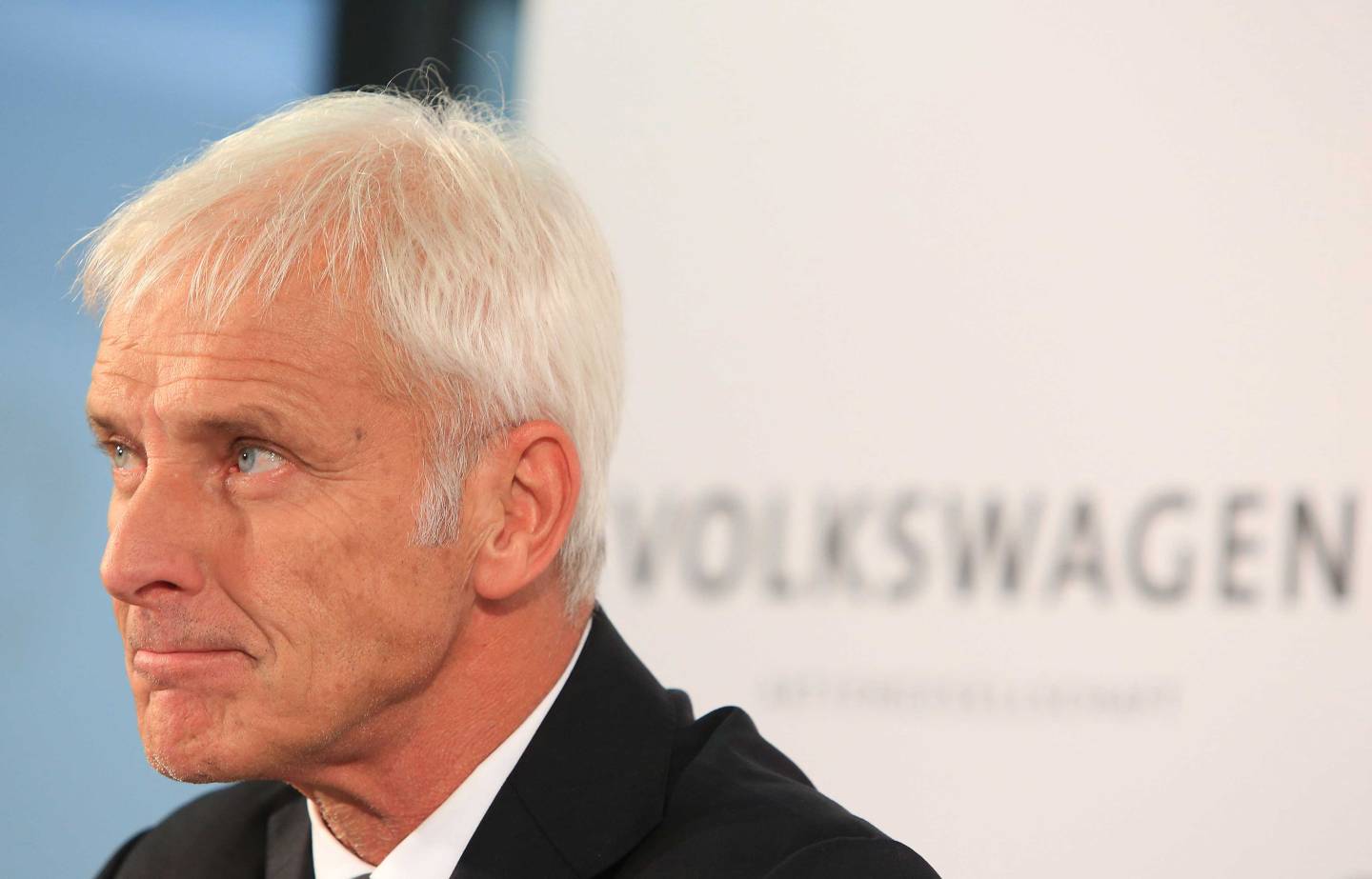 Matthias Mueller, the new chief executive officer of Volkswagen AG (VW), looks on during a news conference in Wolfsburg, Germany, on Friday, Sept. 25, 2015. The 62-year-old former Porsche chief is taking charge as Volkswagen seeks to regain the trust of consumers and regulators after admitting to rigging diesel engines to circumvent pollution controls in the U.S. Photographer: Krisztian Bocsi/Bloomberg via Getty Images
Photograph by Krisztian Bocsi — Bloomberg via Getty Images

Volkswagen has been slow to respond to the emissions crisis that has affected 11 million diesel vehicles globally.

The scandal was exposed on September 18, and Reuters reports that the company has yet to determine who’s responsible for installing the software, how it’ll fix vehicles that have been affected, or to what extent European vehicles were affected. Although two top engineers have taken the heat for the scandal, a source told Reuters that the company’s internal inquiry did not discover any evidence supporting those accusations. VW has said that its investigations into the matter will probably take months.

VW’s new CEO Matthias Mueller addressed over 20,000 of the company’s workers for the first time since he took over former CEO Martin Winterkorn’s position two weeks ago. He warned them that all projects and investments would be reviewed and there would be “massive cuts.”

Jurgen Pieper, Metzler Equities analyst, has said that the carmaker will likely cut back on expansion plans in emerging markets in China and South America instead of scaling down on research and development. He added that VW will likely be able to access 20 billion euros and rise to around 10 billion in debt and equity before it needs to sell off assets, like its trucks division.

This is the car manufacturer’s biggest crisis in its 78 years of existence. It has wiped over 1/3 off of its share price and has forced the company to oust its long-reigning CEO. VW is an integral player in the German economy as it employs approximately 70,000 people in Wolfsburg, where its headquarters are stationed.