Toyota wants self-driving cars on the highway by 2020 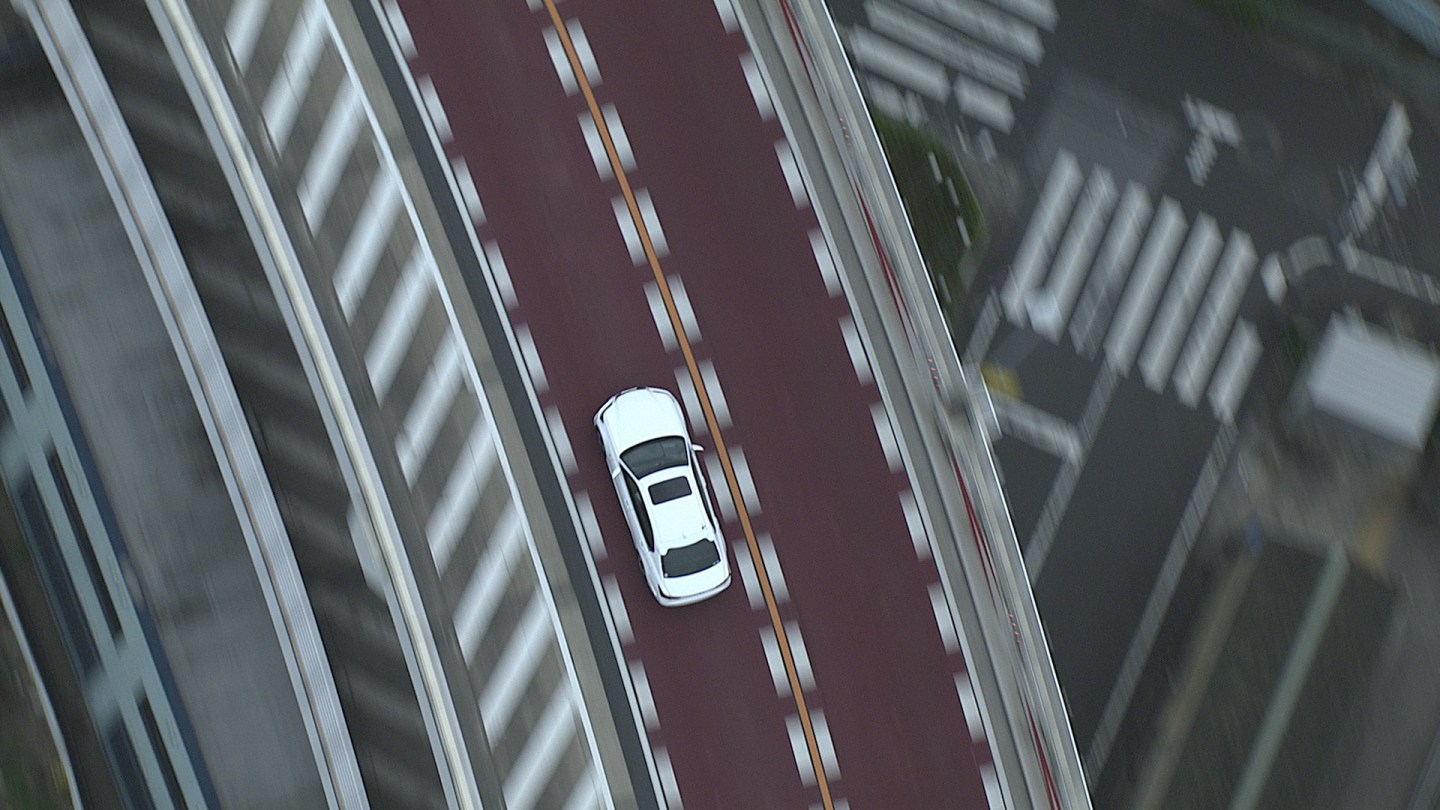 By 2020, Toyota envisions highway driving that leaves the hard part to the vehicle—not the driver.

The company-dubbed “Highway Teammate” feature, which has been tested in a modified Lexus GS on Tokyo’s Shuto Expressway, enables automated driving on highways once a car enters the on-ramp all the way through to the off-ramp. On-board technology evaluates traffic conditions, makes decisions, and takes action during highway driving, including merging, exiting, changing lanes, and maintaining a safe distance between vehicles, according to Toyota. The prototype car uses road map data and multiple external sensors to recognize nearby vehicles and hazards, and select appropriate routes and lanes depending on the destination, the company says.

Toyota, which demonstrated the technology at an event in Tokyo on Oct. 6, says it’s ramping up research into and development of automated driving technologies, with the goal of launching products based on Highway Teammate by around 2020.

Toyota (TOYOF) has a different approach to automated driving than potential rivals Google (GOOG) and Apple (AAPL). The Japanese automaker’s technology aims to make the car a partner, or teammate—not replace the driver completely.

Toyota believes that interactions between drivers and cars should mirror those between close friends who share a common purpose, sometimes watching over each other and sometimes helping each other out. Toyota refers to this approach as the Mobility Teammate Concept, and Highway Teammate represents an important first effort to give form to this concept.

Google and Apple might not have the same automotive manufacturing expertise as Toyota and other major automakers. However, they do have a lot more freedom to experiment with self-driving cars—and create what they want. Google and Apple don’t have any existing car customers who have their own set of expectations.

Google has an ambitious timeline for fully self-driving cars (not just vehicles that have the capability on the highway). The company’s self-driving director, Chris Urmson, has said he wants his son to be able to skip getting a driver’s license when he turns 16 and instead use a self-driving car; the boy is 12 now. In June, Google introduced a self-driving car that it had designed itself, without pedals and steering wheels, but lots of sensors and software. It hopes to commercialize its technology by 2020.

Meanwhile, Toyota, and particularly luxury automakers, are beholden to existing customers who have certain expectations based on their previous experience or perception of that car brand. Automakers must strike a balance between producing cars that fulfill a customer’s desire to drive when it’s enjoyable and taking over for the driver when conditions are hazardous or it’s not so fun (commuting would be one of those less desirable times).

For Toyota, this means a two-pronged approach: the long-term goal of fully autonomous cars, and near-term development into semi-autonomous technology to make driving safer now. Last week, Toyota announced it would make its Intelligent Transportation System (ITS) safety package available on three models in Japan by the end of 2015. The package, named ITS Connect, features vehicle-to-vehicle and vehicle-to-infrastructure communication to provide drivers with information that cannot be picked up by on-board sensors, including traffic signal information and the presence of vehicles and pedestrians in blind spots.

Using automated driving tech to improve safety is a primary driver for Toyota. Last month, the company announced it would partner with Stanford University and the Massachusetts Institute of Technology to create two joint research centers focused on using technology to make driving safer. As part of the partnership Toyota will invest $50 million over the next five years to study the use of artificial intelligence.