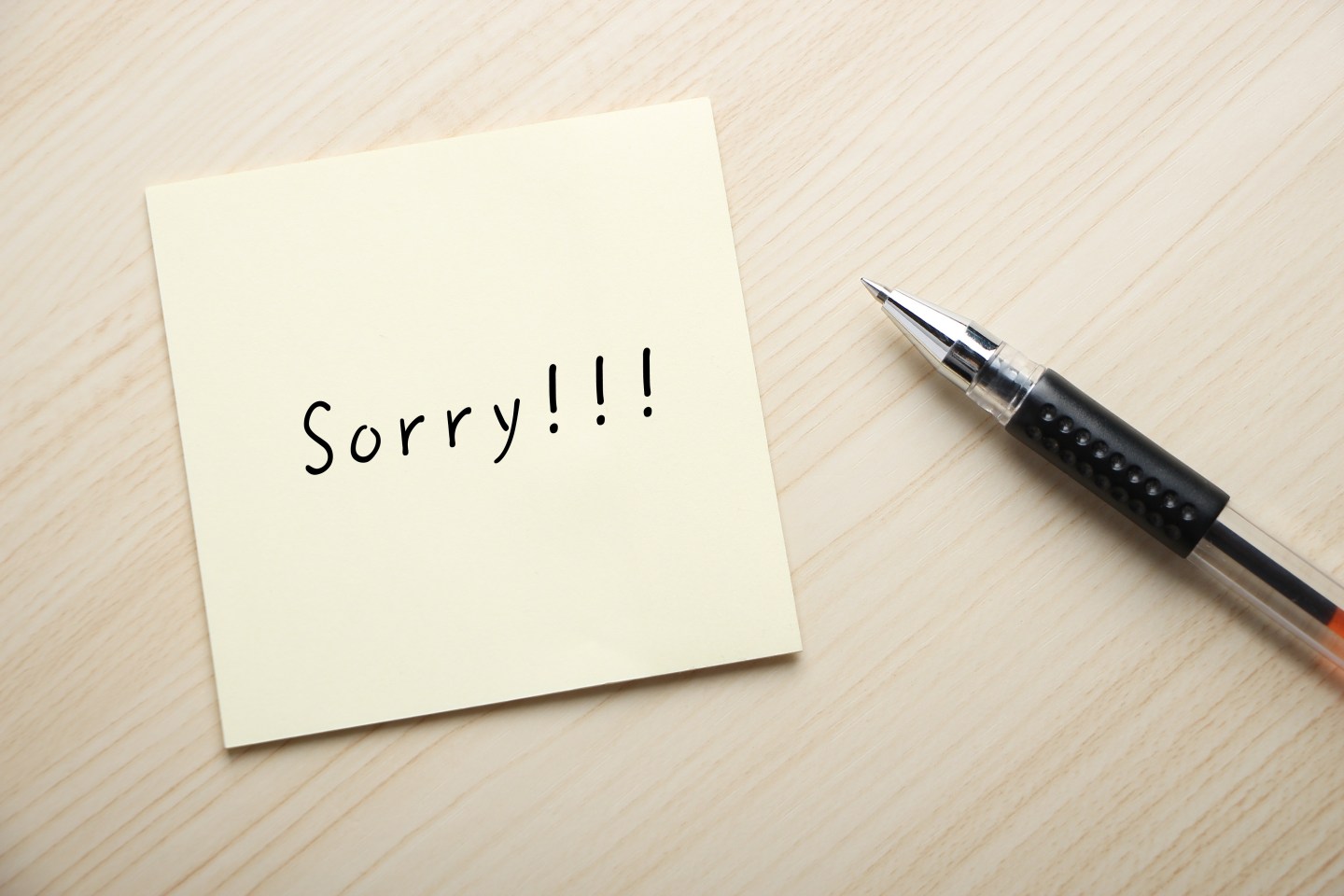 Why do some people stay disconnected from their co-workers while others always seem to make deep connections? In this excerpt from 5 Gears: How to Be Present and Productive When There Is Never Enough Time Jeremie Kubicek and Steve Cockram examine the power of a simple apology.

Do you know how to apologize? That is a funny question, isn’t it? Asking this might even sound a bit demeaning. What I really mean is, have you learned the etiquette of apologizing to others when you make a mistake? Did your mother and teachers embed this simple concept in your younger years? More importantly, do you mean it when you say it? It is rather an art form, I think, and to master this (which you completely can) you need a few skills in your back pocket.

When our kids were younger we were constantly refereeing between the three of them. “He hit me,” was a consistent phrase we heard in our house. When we would ask one of our children to apologize to each other they would give the obligatory “I’m sorry,” and then move on to the next activity. We think they began to understand social intelligence and the boundaries of right and wrong, but it really comes down to whether or not a child is responsive or resistant. The same goes for adults.

There are two types of people—responsive and resistant. You hire responsive ones and fire the resistant. Responsive people are self-aware and have a consciousness that is not steeped in victim mentality, but rather in responsibility. They understand that they are responsible for their actions and will make amends when they have clearly overstepped their bounds. Responsive people are the best employees, and spouses, and children.

Resistant people, on the other hand, are exhausting. They hate to admit their mistakes and will more easily pass the blame than admit a fault. Resistance is basically pride, which shows itself as insecurity. These people do not want to appear weak, so they would rather exasperate others than get to the peace that comes from admission. Resistance will fight rather than resolve, blame rather than admit, and run away rather than run toward reconciliation.

Through the years I have had the privilege of hiring dozens of executive leaders, and my strategy for finding the gems is to look for responsiveness. When I sense resistance I nicely finish the meeting and move on to another candidate. Hiring a resistant person is not worth the drama that inevitably follows.

Admitting mistakes is a fundamental part of being responsive. When you find a responsive person you will find someone with deep character and a person to build companies or initiatives around.

What owning up does to influence

Have you ever seen a professional sporting event where a player makes an obvious mistake, but immediately points to teammates to shift the blame? Their words echo, “Man, what were you thinking? Why didn’t you …?” That is a strategy of the resistant: shifting blame, getting the negative spotlight off of himself or herself and on to someone else. The problem with this is that in professional sports millions of people see through the replay that the initial player indeed was wrong, but now looks like the fool in front of the fans.

Conversely, have you ever noticed what happens when another player makes a mistake and then immediately pounds their chest and lifts their hand with an impassioned “my bad.” The athlete just admitted his mistake in front of millions. In this scenario normally what occurs is that the player who admitted his mistake gets grace and mercy from the fans and a rallied support from the other players. You can almost read their lips as they support the guilty player. “It’s okay, keep your head in the game. It will be okay.” Responsive players get the respect of the team and the fans, while the resistant players lose respect from their fans and the team.

Influence rises when people admit their mistakes, unless of course they make the same mistake consistently (in this case a different type of jeering occurs). People respect people who admit their mistake and then hustle to do better next time. People do not respect others who refuse to own it when they mess up and continue to blame others. Respect, then, is gained or lost directly by the way we apologize or not.

Excerpted and adapted with permission of the publisher, Wiley, from 5 Gears: How to Be Present and Productive When There Is Never Enough Time by Jeremie Kubicek and Steve Cockram. Copyright (c) 2015 by Pub House, LLC. All rights reserved. This book is available at all booksellers.