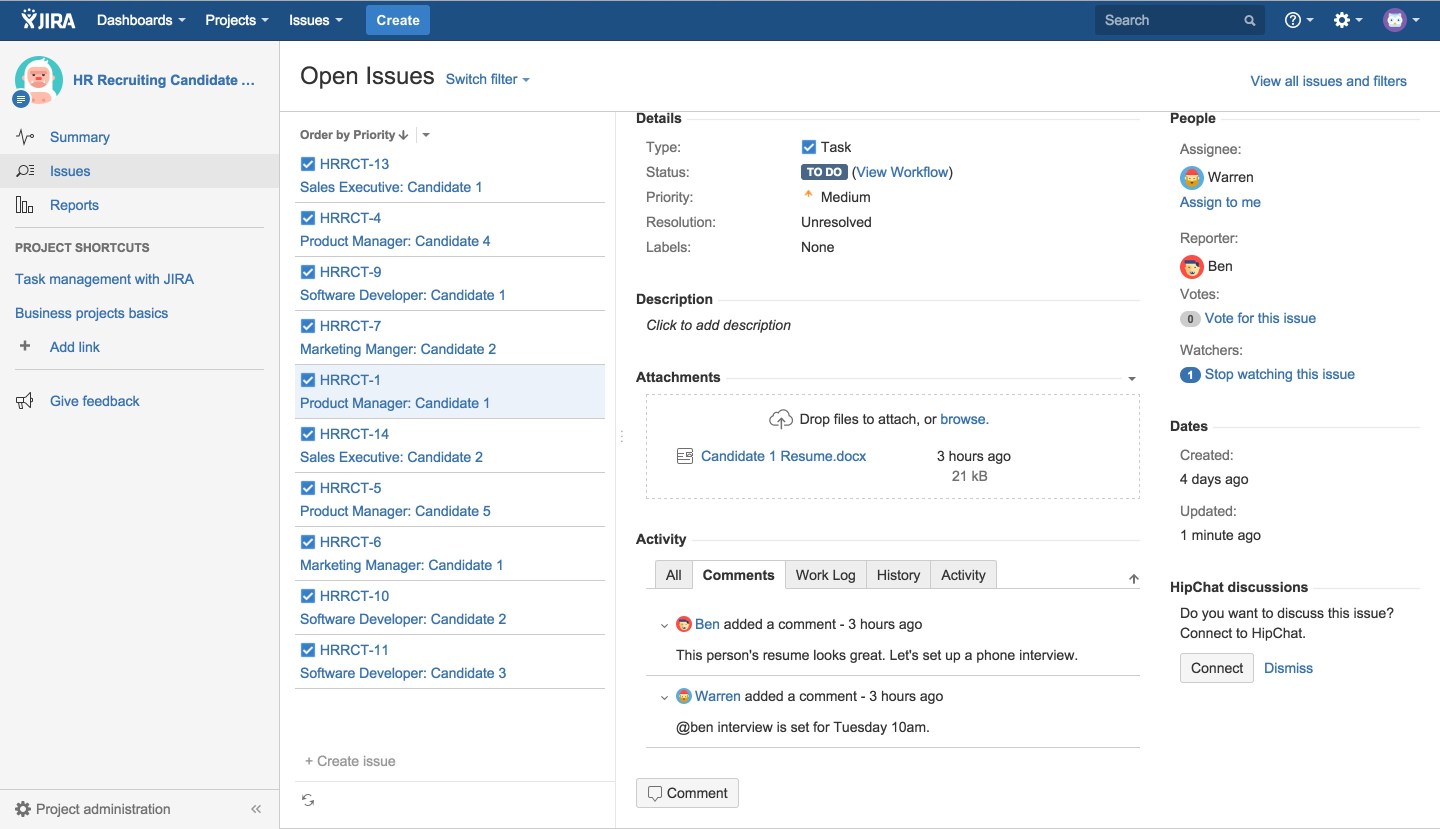 Attention, stressed-out project managers of the world. Two of the most visible collaboration software companies trying to solve the perennial work-tracking dilemma want some of your time.

The company Tuesday disclosed a major overhaul to JIRA, its widely used project management application for software developer. The update introduces a new standalone work-tracking and collaboration application for other corporate teams, including human resources teams, financial departments, and marketers.

JIRA Core isn’t meant to replace the “systems of record” for those teams (think Workday for HR professionals or Marketo for marketing groups), said Atlassian President Jay Simons. Rather, they help with ad hoc management of tasks, deadlines, and communications associated with everything from onboarding an employee to launching an advertising campaign. Atlassian, for example, uses the software to track employee time-off requests.

“The big thing that we’re replacing is the private way to manage, using email and documents,” Simon said. “For a lot of collaborative workflows, these tools are grossly underpowered.”

The market for project management software is probably bigger than you realize, forecast to reach $5.7 billion by 2018 — although that doesn’t capture what’s spent on “creative” approaches like the one described by Simon. The de factor leader right now is Microsoft Project, which the developer recently rolled into its Office 365 cloud software suite.

JIRA began life as an application used by developers to track software bugs, and the resolution process. It’s now used by more than 35,000 organizations for things way beyond that original purpose—everything from exploring product ideas to resolving customer service requests.

The update creates three separate offerings under the JIRA moniker: the original product, a version for managing service desks, and the new offering for “non-technical” teams.

Atlassian filed for an initial public offering last month; it could make its debut before the end of 2015. Simon wouldn’t comment on that report when Fortune spoke with him about JIRA update.

Aside from project management, Atlassian’s other flagship products are the HipChat messaging tool and Confluence wiki platform. The software company just reached the 50,000-customer mark, including Citigroup, Coca-Cola, eBay, NASA and Netflix.