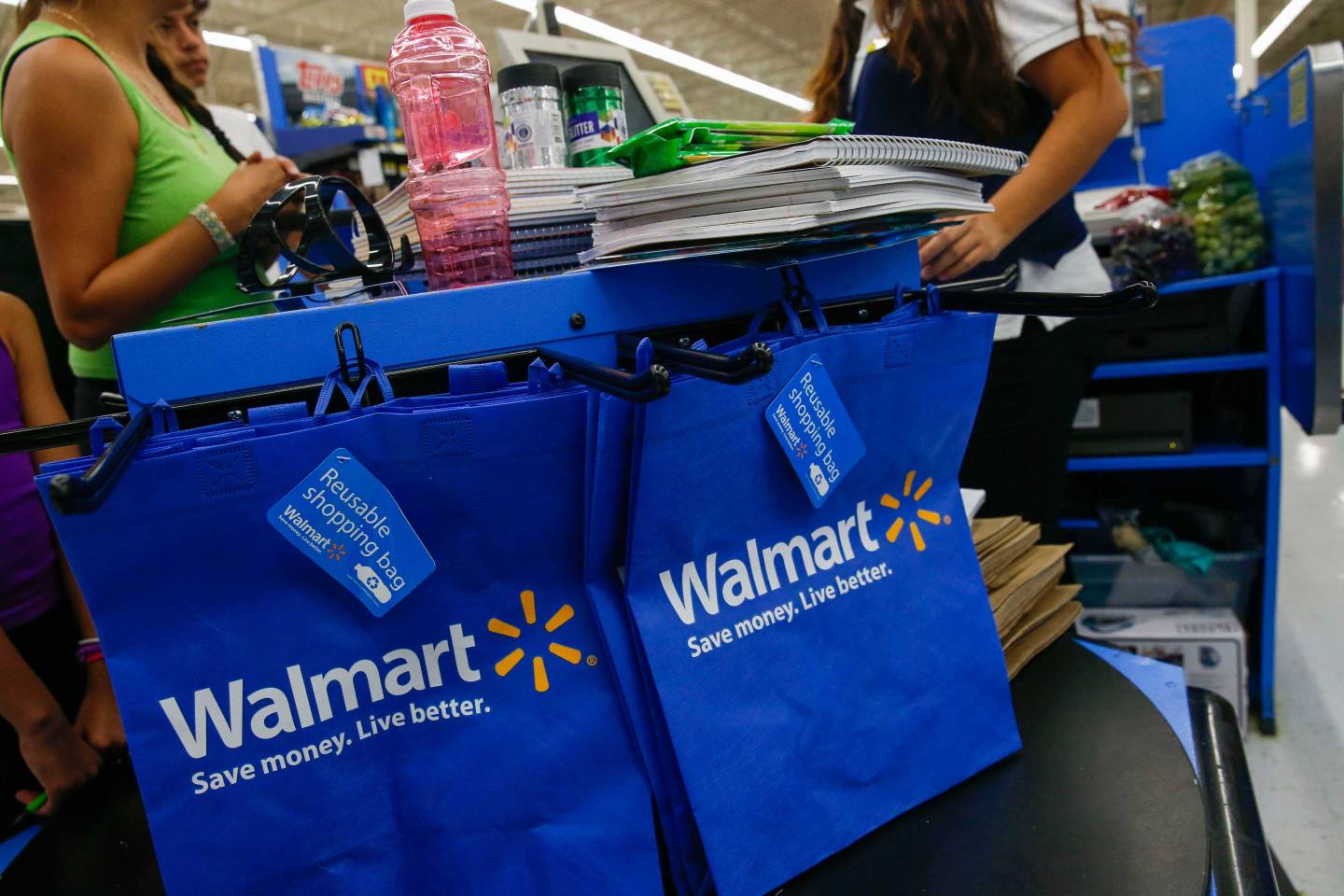 A cashier scans school supplies for a customer at a Wal-Mart Stores Inc. location in the Porter Ranch neighborhood of Los Angeles, California, U.S., on Thursday, August 6, 2015. More U.S. parents are planning to increase back-to-school spending this fall than at any time in at least the past four years, according to a survey released Tuesday by the International Council of Shopping enters. Photographer: Patrick Fallon/Bloomberg via Getty Images
Photograph by Patrick Fallon — Bloomberg via Getty Images

Walmart (WMT) CEO Doug McMillon told staff on Friday that the retailer would cut 450 jobs at its Bentonville, Arkansas headquarters in a bid to become a more nimble company that can more quickly respond to consumers’ changing shopping behavior.

Fortune earlier this week reported that hundreds of corporate and support jobs at Wal-Mart Stores would be eliminated. The cuts come at a time Walmart is pouring billions into strengthening its e-commerce to better compete with Amazon.com (AMZN) and Target (TGT), giving hundreds of thousands of in-store workers raises in part to improve admittedly spotty customer service, refining its smaller-store formats and opening new distribution centers to support its e-commerce push, which also includes initiatives such as free drive-in pick-up at some stores for online grocery orders.

“Our customers are changing, retail is changing and we must change. We need to become a more agile company that can easily adapt to shifting customer demand,” McMillon told about 18,600 employees at its headquarters on Friday in a memo obtained by Fortune.

The CEO, whom Fortune profiled this year, continued: “This is an important time in our history – requiring all of us to think critically about our business and not be afraid to challenge the status quo. For the company, this in part means pulling back in some areas and investing in others.”

In August, Wal-Mart Stores, the parent company, cut its profit forecast and reported a 1.5% increase in U.S. comparable sales for the second fiscal quarter. Its U.S. business is on the upswing again, with shopper traffic rising, albeit modestly.

His comments echo those of Target CEO Brian Cornell, who earlier this year said one of his goals was to trim the bureaucracy at that company that had impeded innovation. Target earlier this year laid off 1,700 employees at its Minneapolis headquarters and closed another 1,400 open jobs. Whole Foods and Neiman Marcus this week also announced job cuts.

Here is the text of the memo McMillon sent to staff: