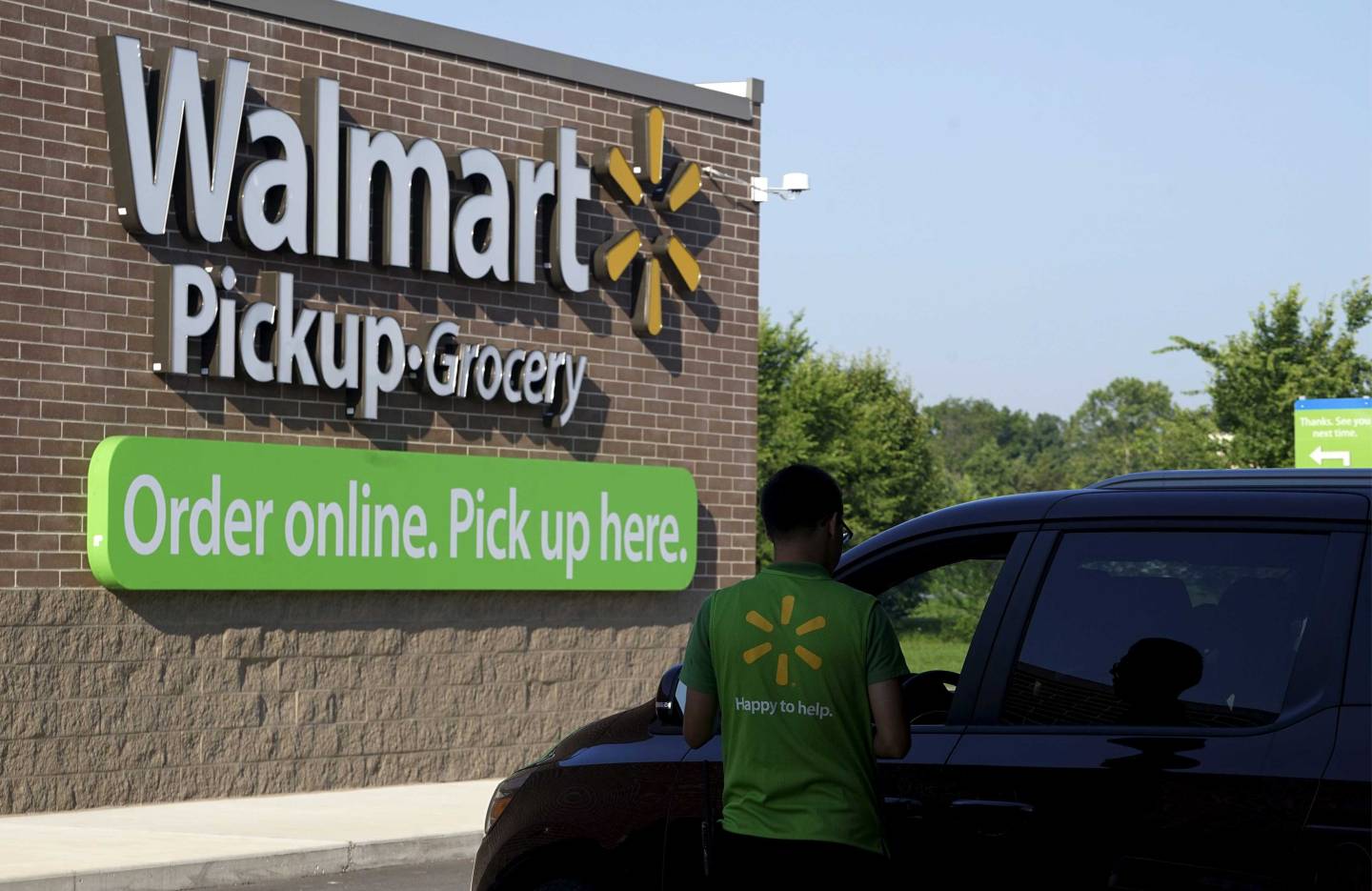 A Wal-Mart Pickup-Grocery employee helps a customer at a test store in Bentonville, Arkansas June 4, 2015. Customers using the store place their orders online and then pick up their merchandise in a drive-through. Wal-Mart will hold its annual meeting June 5, 2015. REUTERS/Rick Wilking - RTX1F5PK
Photograph by Rick Wilking — Reuters

Walmart is rolling out its free pick-up service for online grocery orders to stores in new markets such as Atlanta and Charlotte as the discount retailer looks to catch up to Amazon.com (AMZN) and fend off Target (TGT) in a growing area of e-commerce.

The company said on Tuesday, that in addition to the new metro areas, which also include Salt Lake City and Tucson, it plans to add other markets shortly, a move clearly aimed at competing with Amazon. That company offers Fresh, a Prime-like grocery subscription delivery service but it can’t, as a pure-play online retailer, offer customers the option to pick-up an order at a store, unlike Walmart, which says that 70% of Americans live within 5 miles of a Walmart store.

For Walmart, the grocery stakes are high: it gets 56% of U.S. sales from food (or about $161 billion last year), making it by far the biggest U.S. grocer.

In addition to Amazon’s aggressive moves in food delivery, Walmart also has to contend with a newly ambitious Target planning to vastly improve its grocery offering (some 20% of its sales) and that is just getting into grocery delivery to the customer’s homes via a partnership with Instacart.

Walmart had already been testing grocery delivery with order pickup at some stores in five U.S. markets, including San José, Denver, and Phoenix. After customers place their grocery order online, they choose a time to pick it up and then when they get to the store, pull in to a designated parking area, where a Walmart worker load the items into their cars. Same-day pick up is available if an order is made before 10 am.

The company says customers are taking to this service as it gets rolled out.

“Each time we’ve added a new city, our customers begin using the service faster than they did in the previous one,” said Michael Bender, COO of Walmart Global eCommerce.