Here are the details behind Weave, Nest’s answer to Apple’s HomeKit 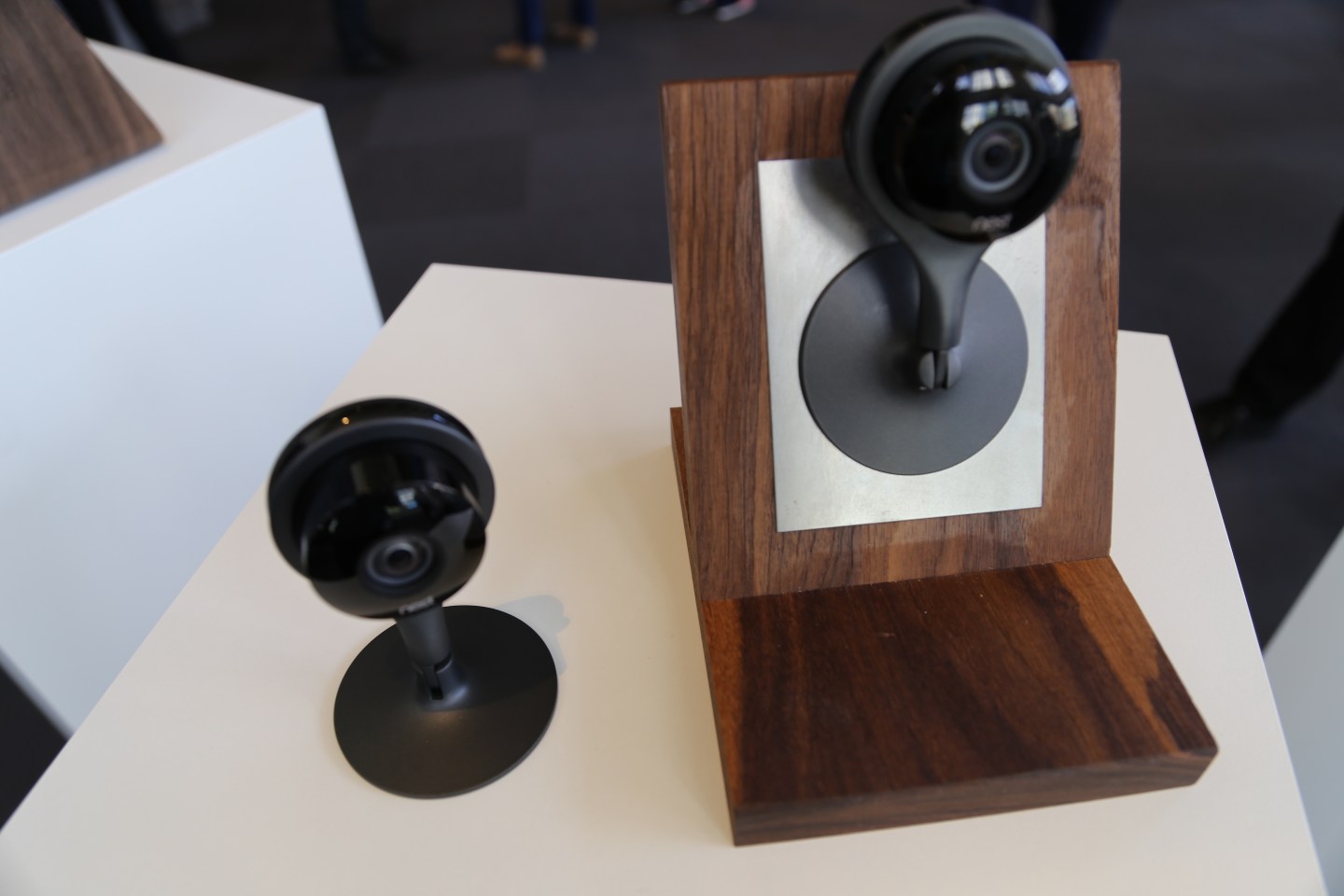 As competition in the smart home ecosystem heats up ahead of the holidays, Google’s Nest subsidiary is opening up a secure way for devices to communicate with any Nest product, creating a store to showcase all of the products that play nice with Nest devices and sharing more details about the number of developers who are involved with the Works With Nest program.

Each of these announcements is an important mark of a maturing platform, but it’s also a response to the onslaught of devices that will work with Apple’s competing HomeKit home automation platform that are expected to hit the market in the coming few weeks. While Apple’s program is built around the iOS software running inside Apple’s phones and tablets and requires specialized hardware and certification, Nest’s program is a bit more open and works with both Android and Apple (APPL) phones.

The differences say a lot about how the two companies are approaching this very fragmented market. Nest, which offers a connected thermostat that retails for $249, a connected smoke detector for $99, and a connected camera for $199, began with the devices and created a program that has attracted more than 11,000 developers who have built automations that combine Nest products with their own. For example, a maker of temperature sensors in the home has built a Nest integration that communicates with the thermostat to toggle the thermostat on when certain rooms drop below a set temperature, as opposed to the temperature in the hall where the thermostat might be located.

One in eight homes use a Works With Nest integration and Aubrey Thelen, head of developer relations at Nest, saying that lighting integration is the most popular. As far as smart home automation goes, I do think it’s easily the most user-friendly way for most people to start playing with the smart home because it doesn’t require any programming.

As part of the Works With Nest news, developers will be stoked to learn that Nest has opened its Nest Cam API so companies can build interactions based on motion from the video camera. Companies such as August Lock, Mimo (a baby monitoring onesie), and video doorbell provider Skybell are all using the Nest Cam API to build automations that will allow consumers to take snippets of video when certain events, such as locking a door or a baby waking up, happen.

To make it easier for consumers to find all of the products that will work with Nest, the company has created an online store that will stock over 70 products and will open for business online next month.

All of these announcements are things a homeowner would notice, but the biggest news from Nest is about how it is making all of these devices work together. Five years ago it built a protocol called Weave that allowed Nest devices to communicate in a secure fashion, and now it’s sharing details about how that works and opening it up to developers who want to use it to talk to Nest devices. It is also showing off the Linus lock, the first product built using the Weave protocol that isn’t made by Nest.

The lock won’t be available until next year.

Nest’s version of Weave is different from the Weave Internet of things communications standards that now-Google (GOOG) CEO Sundar Pichai mentioned onstage at Google I/O earlier this year with little or no detail. The other was Brillo.

Nest’s Weave requires only 64 kilobytes of memory to run and can fit on a sensor. It runs over the Thread wireless protocol that Nest has helped develop with several semiconductor companies and Samsung, but it can also operate over other wireless radio protocols such as Wi-Fi because it communicates at the software layer.

If you think about all of the different elements that need to come together to make a connected device, the wireless layer is a base layer with the Weave protocol higher up, kind of like a pudding layer in multi-layer cake. The actual device software is like the whipped-cream topping.

For developers, Weave offers some important elements such as low latency at 100 milliseconds, which means that clicking a button in the app to turn on a light bulb doesn’t mean there’s a multi-second delay before the light actually turns on.

It’s also built to be a mesh, so it is reliable when one node fails. And from a security perspective there are two worthwhile things to note: The first is that it has its own security features, as opposed to relying on network security alone. The second is the security features are device-aware. Because Weave knows what devices are connected, it has logic built in about which devices should be able to communicate. In other words, your door locks won’t be able to talk to your fridge. This cuts down on the number of devices that could act as starting points for a potential attack and limit the threat level.

Weave sounds pretty powerful, but if you want to use it you’ll have to want to work with Nest. Greg Hu, senior manager of Nest platform and Works With Nest, said the company has no plans to open source the protocol. My hope is that it will grow to become a de facto standard and then perhaps Nest, having learned from the fragmentation issues that plagued Android, will open source it. Because right now the smart home needs standards, and they should be open.

Weave will let Nest compete with Apple’s HomeKit, which will start making credible forays into the market (finally) with real devices this fall. It’ll also be up against All Joyn, Qualcomm’s open source protocol that is championed by the All Seen Alliance. All Joyn is built into a few devices and backed by a huge number of a big names, but it’s in very few devices so far. Things are heating up in the automated home industry, and it’s not a glitch in the connected thermostats. Time will tell which company’s ecosystem thrives in the consumer market.

Update: This story was corrected to reflect that the Nest Weave protocol is different from the Google Weave protocol that was announced at Google I/O.