Investors are suing Volkswagen over its stock drop 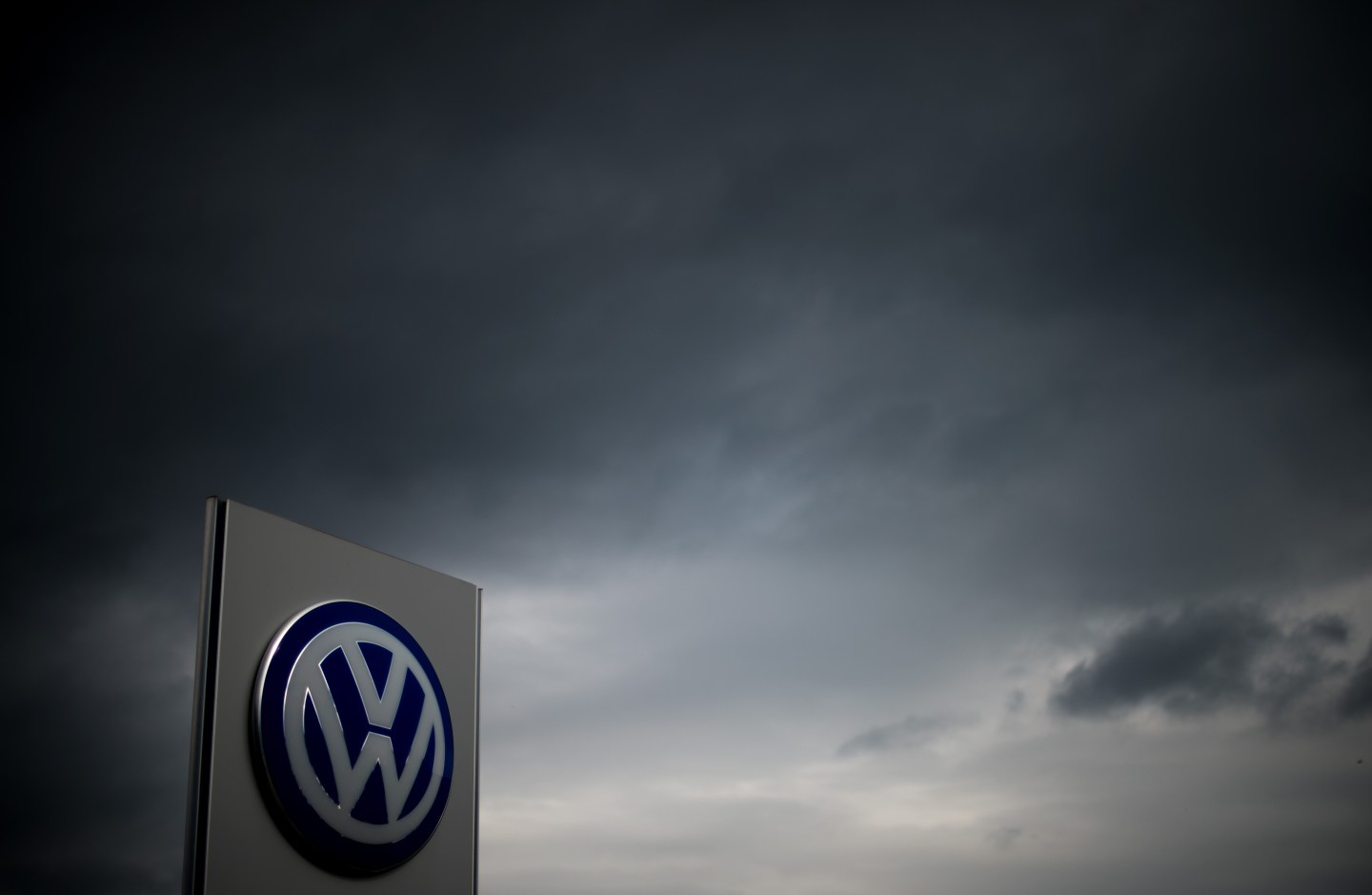 A pension fund in Michigan has filed what is believed to be the first investor lawsuit against Volkswagen over its drastic stock drop in the aftermath of its emissions cheating scandal.

As the German car maker braces for a barrage of lawsuits in the U.S. over its attempt to subvert emissions testing in its diesel cars – with some estimating that over 80 federal suits have been filed so far – shareholders are also lining up for their piece of the potential billions of dollars that could be paid out over VW’s misdeeds.

Last Friday, the St. Clair Shores Police and Fire Retirement System, a pension fund that claims to have a value of around $100 million, filed what is believed to be the first investors’ lawsuit. A pension plan for police officers and fire fighters in eastern Michigan, it has 128 active members and 205 retirees and beneficiaries, according to its most recent annual report.

The complaint, however, seeks to represent all investors who have purchased Volkswagen American Depositary Receipts, or ADRs, from November 19, 2010 to September 21, and to recover “hundreds of millions of dollars in losses to Volkswagen ADR investors, who relied on the accuracy of defendants’ statements and suffered damages when the truth began to be revealed,” according to court documents provided to Fortune.

“There is a confluence of illegal behavior and severe financial harm here, and no one is stepping up to the plate,” said legal counsel Darren Robbins of Robbins Geller Rudman & Dowd, who filed the complaint. “This plaintiff is taking action on behalf of investors, not just to vindicate the rights of participants, but to protect other investors who were victimized.”

A VW representative wasn’t immediately available for comment on the class action.

U.S. investors who want to sue VW over stock price losses, however, face an uphill battle. Generally, since a 2010 decision by the U.S. Supreme Court involving National Australia Bank, foreign-based institutions that trade on foreign exchanges are free from the jurisdiction of the U.S. securities law. However, U.S. investors also buy shares of foreign companies issued by U.S. banks, which trade on U.S. exchanges. These are called ADRs, and they essentially operate like regular shares, but without any voting rights for shareholders.

People holding these ADRs can sue VW for losses in share value, something that has undoubtedly happened in the wake of the discovery of cheating software in around 11 million VW diesel cars. In the case of the St. Clair fund, they purchased around $200,000 worth of ordinary and preferred ADRs beginning July 13, 2011, and has seen its value collapse by around 33% since the news of VW’s transgressions broke.

If investors join the legal fray, it could add to, as Fortune detailed in another story, an $8 billion legal liability in the U.S. for Volkswagen. That would far exceed the $7.3 billion fund Volkswagen set aside to deal with this scandal. A Houston state attorney has filed a suit against VW seeking $100 million for damage to public health caused by its diesel vehicles, and the potential claims are mounting. “I have been practicing this type of litigation for 20 years, I have seen all kinds of frauds,” said attorney Michael Swick of KSF, a firm that counts former Louisiana Attorney General Charles C. Foti as one of its partners and is also involved in a similar lawsuit involving ADR-shareholders against British retail giant Tesco. “This is one of the most egregious frauds I have ever seen.”

In Swick’s mind, the question is not a matter of whether VW will pay for damages caused, but how much. “There is no defense to what they’ve done. I don’t think they have anything they can use to defend their actions.”