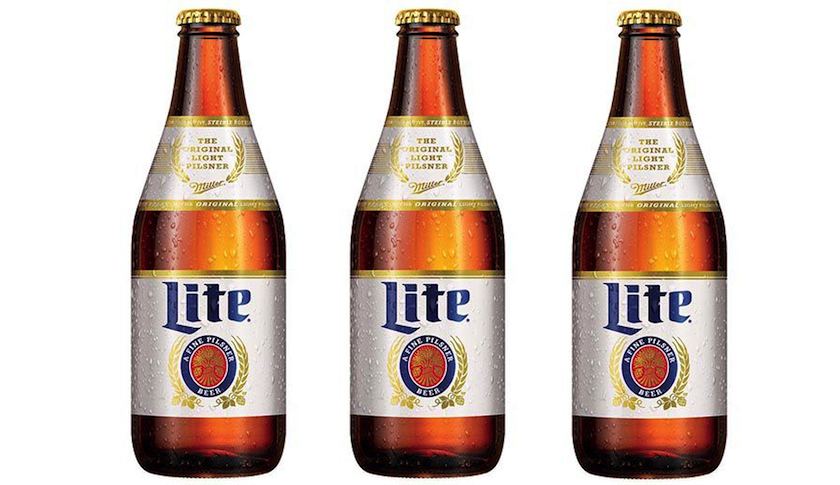 The original Miller Lite steinie bottle is back for a limited time this fall.
Courtesy MillerCoors

When Miller Lite debuted nationally in 1975, the bottle used at the time was called a “steinie,” featuring a stubbier neck than what beer drinkers are used to today. By the late 1980s, the Miller Lite steinie went extinct as its long-neck rivals became more fashionable.

This fall, the steinie is back. And it’s being filled with Miller Lite for the first time since the bottle was phased out more than 25 years ago. It’s hitting retail shelves for a limited run that’s expected to wind down by the end of 2015.

For MillerCoors, the return of the original Lite bottle could help give the brand a sales jolt, but not off the nostalgia of older drinkers who might remember the steinie—instead, the brewer hopes to lure in millennials.

“Beer, as a category, is a combination of a lifestyle brand and a consumer packaged good,” says Greg Butler, senior director for Miller Lite. And to court millennials, “design goes a long way.” So does brand loyalty: “Millennials are the key group for us to win,” he says. “If you can win them early, you tend to drive their loyalty for life.”

Fortune earlier this year reported on the resurgence of Miller Lite, a brand whose sales topped out at 19 million barrels in 1990 but eventually slipped to as low as 13.4 million in 2014. Miller Lite and other light American lagers have faced sales challenges as consumers are lured by craft beers, Mexican rivals like Corona, and the entire spirits industry.

A return to the original, white label on Miller Lite cans and bottles gave the brand a sales jolt in early 2014, helping the beer increase market share for the first time in years. MillerCoors executives say younger consumers liked the more authentic look that the white can provides, rather than the heavily marketed blue cans that looked more like a soda to many.

And while Miller Lite’s sales are again dipping, MillerCoors argues it is winning market share in the “premium light” segment. The steinie could give the beer another quick boost. MillerCoors wouldn’t say how big the steinie run will be, nor disclose how much the promotion would cost.

Back in the 1970s, many beer and soda companies bottled their goods in “returnable” and “non-returnable” bottles. The shorter, non-returnable bottle was the basis for the steinie. Eventually, Miller Brewing Company, as the brewer was then known, began to introduce longneck beers in addition to the steinie. The steinie stands about 7 and 3/4 inches tall, while the longneck is a little over 9 inches.

After some overlap, the steinie was discontinued. MillerCoors says the change occurred with little fanfare at the time. The move made strategic sense for the brewer from a cost perspective, as it was hard to justify making both bottles and distributing them to retail. The longneck was simply viewed as a more contemporary look for the brand.