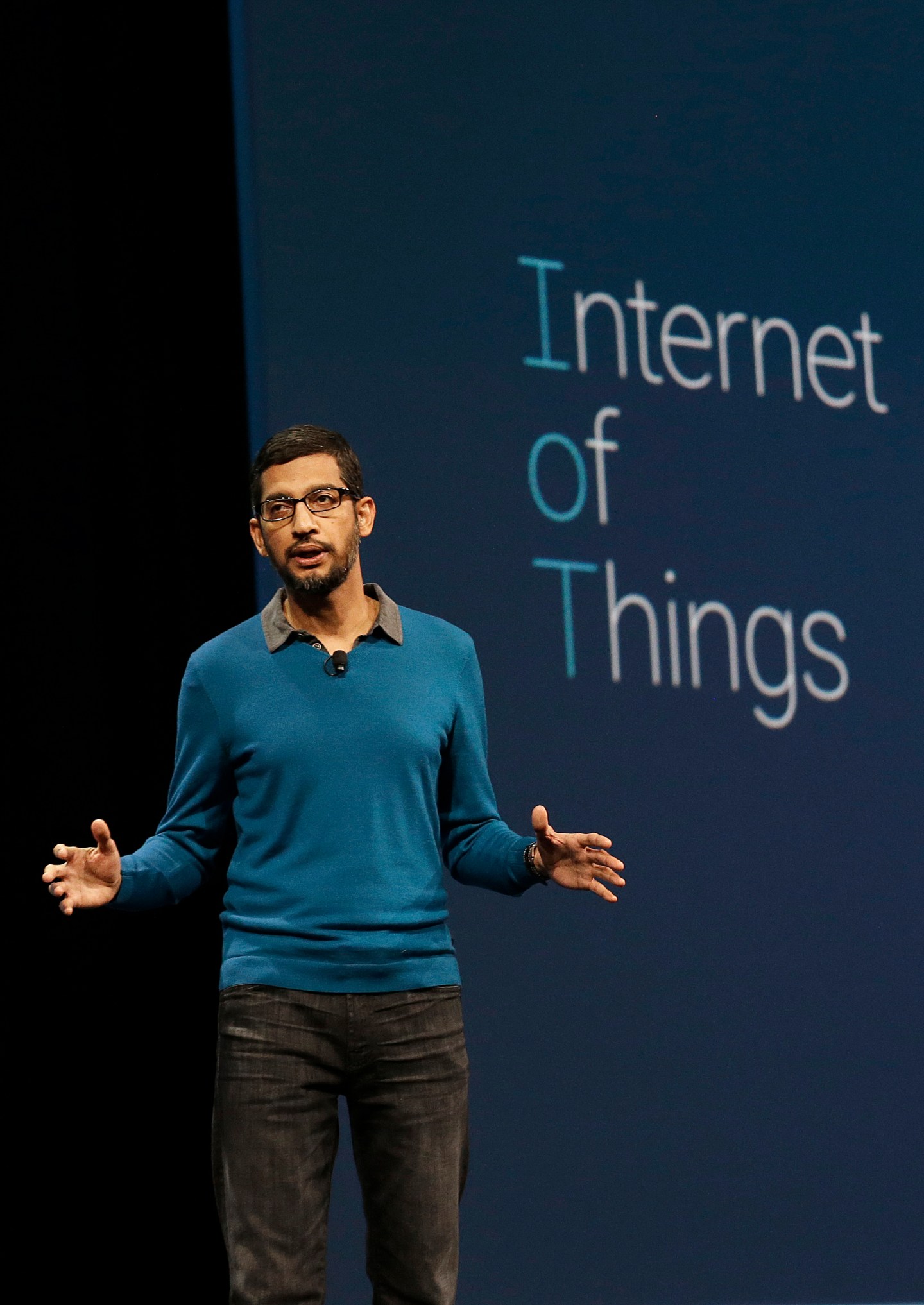 The Internet of Things (IoT) is the next frontier in technology, and there’s already several companies trying to capitalize on it.

Internet of Things is a term used to define adding Internet connectivity to formerly “dumb” devices, enabling them to communicate with users and other devices. IoT is perhaps best exemplified in Google’s (GOOGL) Nest Learning Thermostat, which turned a product that has long lacked any real intelligence into a “smart” product capable of identifying user behavior. The Nest is joined by countless other products, including smart light bulbs from companies like Philips (PHG), smart remotes from Logitech (LOGI), and even a home-shopping button, called Dash, from Amazon (AMZN). There are also a slew of wearable devices, like Apple Watch.

IoT will play an important role in the future: There is expected to be a significant amount of cash flowing through the market in the coming years, says Raj Talluri, Qualcomm senior vice president of product management. In June, research firm IDC reported that while the IoT market’s revenue reached $655.8 billion in 2014, by 2020, that figure is set to grow to $1.7 trillion. That report followed a claim from researcher McKinsey & Company, which said in December that the IoT market will have between 20 billion and 30 billion connected devices by 2020.

“I don’t think anyone really knows yet how big it’s going to get because the possibilities are really endless,” Talluri says.

Based on that alone, to not be invested in IoT is a very big (and potentially costly) mistake. That’s likely why some of technology’s biggest names are, in addition to offering IoT products and components, investing in the market.

Underneath the hood, a veritable who’s who of companies are investing in Internet of Things. Google is developing a platform called Brillo on which other devices could offer Internet of Things services. Intel (INTC) and Qualcomm (QCOM) are both offering chip-based platforms designed to bring connectivity to formerly “dumb” devices. Apple (AAPL) is getting into the mix with a smart home platform, called HomeKit, that’s designed to help device makers connect their products to iPhones and iPads. Even BlackBerry (BBRY) is building out an IoT business.

“Consumers are already demanding that their various devices connect and sync seamlessly—from their fitness trackers to cars to home security cameras,” says Talluri. “When everyday devices are intuitive to use and can share data intelligently, it improves peoples’ lives, from better personal safety, to being able to more closely monitor our health and that of our loved ones, to helping us save time and make better use of our natural resources.”

The sheer number of ways companies are vying for a spot in the market is staggering. Perhaps one of the more surprising moves came recently when Netflix (NFLX), a company that provides streaming-video services and would ostensibly have no interest in IoT, delivered a smart solution for users. Dubbed the Netflix Switch, the prototype allows users to control Netflix, dim lights, and order food. Netflix even provided a step-by-step guide on its website to show do-it-yourselfers how to can create their own Switch.

“The Netflix Switch is a marketing play for hardware hobbyists intrigued by smart home and IoT tech,” Frank Gillett, vice president and principal analyst at Forrester, told Fortune, seemingly brushing aside Netflix’s creation. But the very fact that Netflix even created its own IoT device illustrates how important the market has become.

According to venture-capital tracker CB Insights, Intel’s investment arm spent the most money on IoT starts up in 2014, dropping cash on Enlighted, Appscomm, and Avegant. Qualcomm Ventures and Cisco (CSCO) Investments also joined the funding parade alongside traditional venture capitalists, like Sequoia Capital and Andreessen Horowitz.

Although CB Insights did not share exact funding amounts, research from Tata Consultancy Services found that 26 companies around the globe, including 14 in the U.S., plan to spend at least $1 billion on IoT this year.

Looking ahead, as companies continue to invest in IoT, the benefits to consumers will only grow. In fact, Talluri sees a world where IoT makes lives easier and maybe even a bit cooler.

“The benefits are endless,” Talluri said, adding that he sees a future where IoT will deliver “smarter, more efficient use of natural resources to safer driving conditions to lighter and trendier wearables.”

One other benefit of IoT, according to Talluri: “drones replacing selfie sticks.”

For more on IoT technology, check out the following Fortune video: