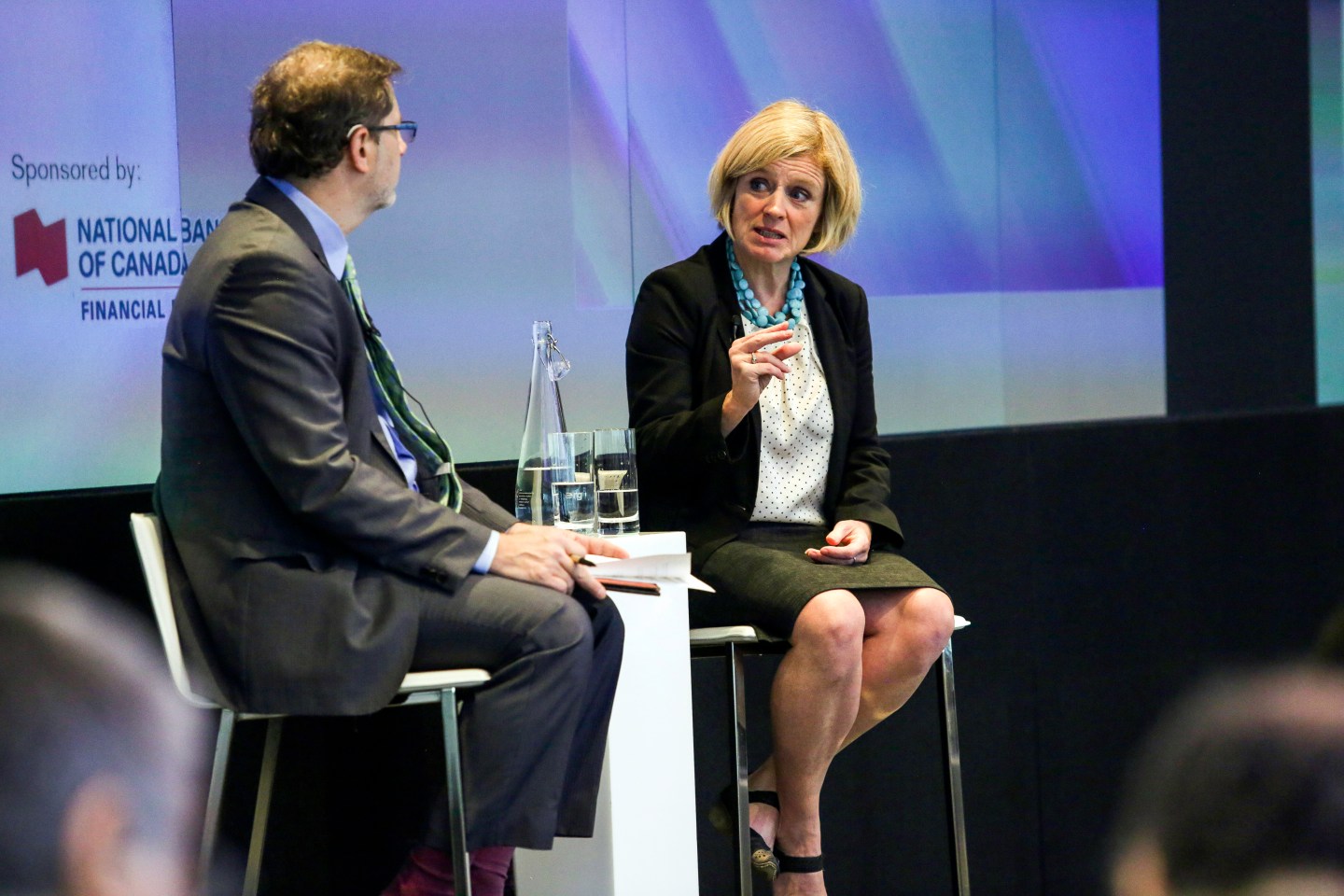 Rachel Notley, Alberta's premier, right, speaks during an interview at the Canadian Fixed Income Conference in New York, U.S., on Wednesday, Sept. 30, 2015. Kinder Morgan Inc. may need to shift its Trans Mountain pipeline to a different port in British Columbia to win over opponents to the lines expansion, Notley said. Photographer: Chris Goodney/Bloomberg via Getty Images
Photograph by Bloomberg/Getty Images

The leader of Alberta, Canada’s No. 1 oil-producing province, presented an early reveal of her new energy policy, one that aims to wean the region off fossil fuels within a century.

Alberta premier Rachel Notley aims to slow climate change by cleaning up the tar sands, closing coal-fired plants and using more renewable energy sources, like wind and solar power. The plan, which will be revealed in full ahead of the United Nation’s climate conference this December, also intends to rid the region of dirty energy.

That will be a major challenge for a province that has the world’s third-largest known carbon reserves, and is expected to account for more than a third of Canada’s carbon pollution by 2020, reported the Guardian.

Canada has also been hostile toward climate change initiatives on an international level. The nation’s prime minister, Stephen Harper, opted out of the Kyoto climate protocol and has been building Canada up as an energy superpower, translating into a number of Canadians whose jobs depend on the industry.

The Guardian reported that Notley acknowledges the dual challenge:

Notley admitted Alberta would be squeezed to fight climate change while protecting jobs in the oil patch at a time of low energy prices. “It’s a bit of a conundrum,” she said.

“I want to change the direction, bend the curve and do it as effectively as we can while maintaining jobs that are important to Alberta. People deserve to see government both at the federal and provincial levels that are committed to very significantly changing the rate of greenhouse gas emissions coming out of both Alberta and Canada.”

Read more at The Guardian.