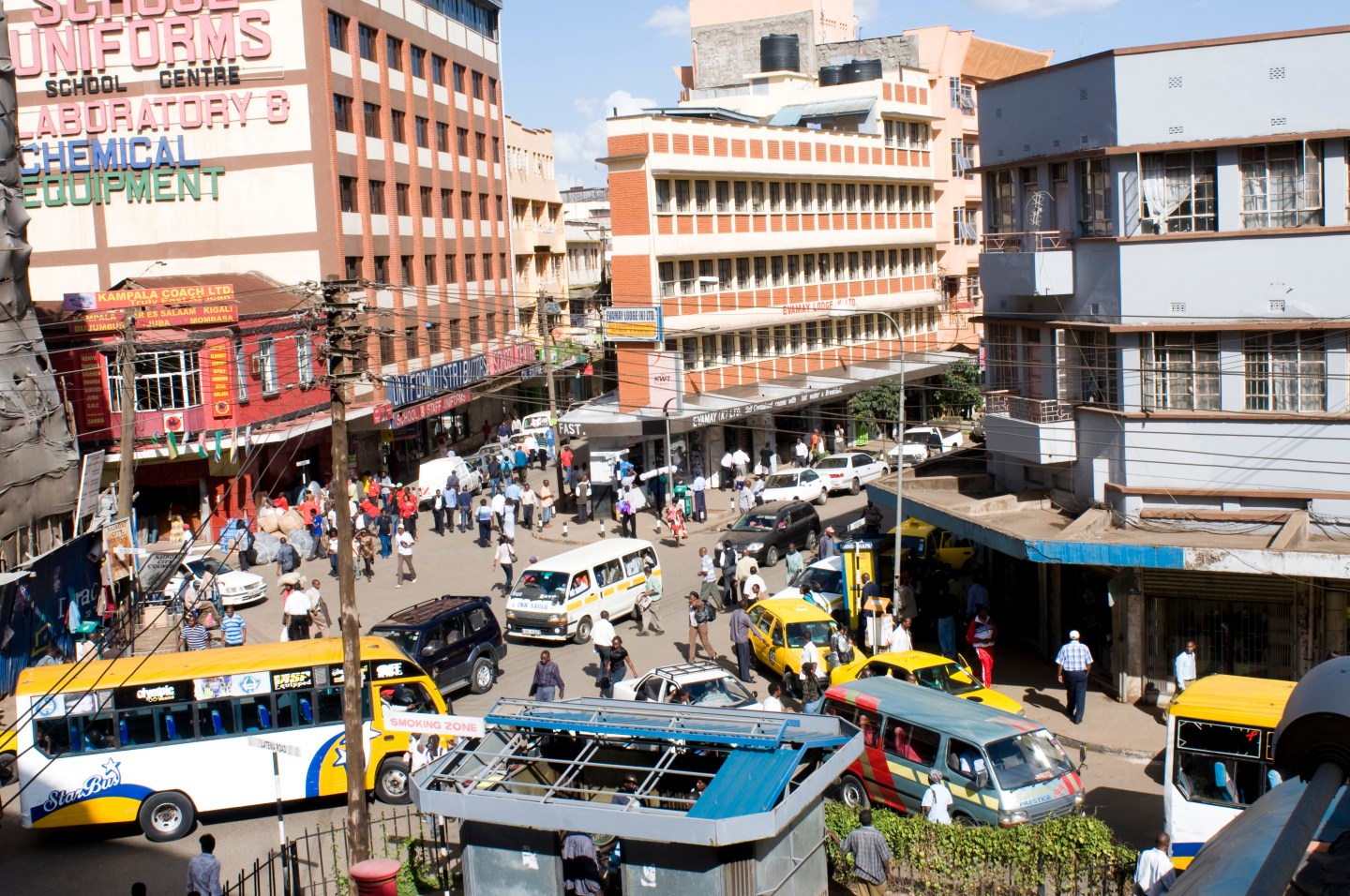 When Madeline Zhu first moved to Cape Town from the U.S., she quickly fell in love with the city—but getting around was a challenge. She lived far from train or bus services, and had to rely on so-called minibus taxis—privately run vehicles with inconsistent routes and timetables. Getting on the right one took good reflexes.

“They whistle and they shout their destination,” recounts Zhu. “And if you agree, you jump in.”

Around the world, in places where cars are for the rich and formal mass transit can’t keep up, the gap is often filled by independently-owned small buses, known variously as matatus, jitneys, peseros, and dollar vans. They fill a vital need, and can be much more responsive to riders than more formal systems, but using them can also be difficult, unpredictable, expensive, and dangerous.

Now, thanks to the spread of mobile and mapping technology, these informal systems can be upgraded. The question, says Adam White, is “how can technology strengthen the good parts of these systems, and also help to mitigate the problems with them, without wholesale replacing them?”

White is co-founder of the development design firm Groupshot, and together with researchers at Columbia, MIT, and the University of Nairobi, he helps run the Digital Matatus Project. Using smartphones and GPS units, researchers rode or followed Nairobi’s thousands of minibuses, assembling a database of the most predictable routes. In 2014, they released the information as an elegant map.

Though Digital Matatus isn’t in the app-building business, they provide their data to a variety of local mobile developers. One of them is Laban Okune, whose Nairobi-based Ma3Route allows users to access the Digital Matatus database by text message. While tech-savvy Nairobi has about 40% smartphone penetration, Okune says SMS access is important. “The majority of road users in emerging economies have low-end smartphones, [so the] map experience is not that great.”

MORE: Why carpooling apps are popular everywhere but the U.S.

Accessible transit data is about much more than convenience, especially in a place like Cape Town. According to Britt Herron, who holds the transport portfolio for the city’s mayoral committee, the legacy of apartheid means many black residents are still on the outskirts of the city, with little access to conventional public transit. “It reduces access to economic activity,” he says. The city has found that on average a staggering 45% of the income of its poorest residents goes to pay for transit, most of it informal.

“Our objective,” says Herron, “Is to halve that within the next fifteen years.”

To help tackle that challenge, Cape Town hired WhereIsMyTransport, a local startup where Madeline Zhu now heads communications. They’ve built an official Transport for Cape Town app, which Herron says is the first in Africa to provide integrated routing for multiple forms of transit. The app also gathers data from riders and operators, which will help Cape Town better plan everything from bus routes to road construction.

The hope is to include informal transit on the app, too. But in contrast to Digital Matatus’ labor-intensive research, the WIMT team wants minibus operators to provide information voluntarily. Zhu says financial incentives could be part of that equation: “It definitely has to benefit them, otherwise they won’t do it.”

In fact, it’s the quest for cash that makes minibus schedules and routes so unpredictable. They only depart when full, take shortcuts depending on passengers’ needs—and often drive recklessly. That contributes to the disproportionate rate of traffic deaths in the developing world, which the World Health Organization says costs countries 1-3% of GNP annually.

Dr. Jacqueline Klopp, who contributes to the Digital Matatus Project from Columbia University, sees her work wedding data to flexible transit as part of a fundamental global shift in how transportation works. In essence, Digital Matatus is working to reverse engineer an informal system towards something like UberPool—suggesting an eventual convergence of mobile data and transit worldwide.

“A new ideal of liberty, besides the idea of riding a car wherever you go,” she says, “Is having a cell phone with the information that allows you to efficiently access many different modes of transportation and seamlessly move between these different modes.”

“[It’s] an ideal that can change how we view transportation—which is really about data,” says Klopp.

For more Fortune coverage of international transit, watch this video: