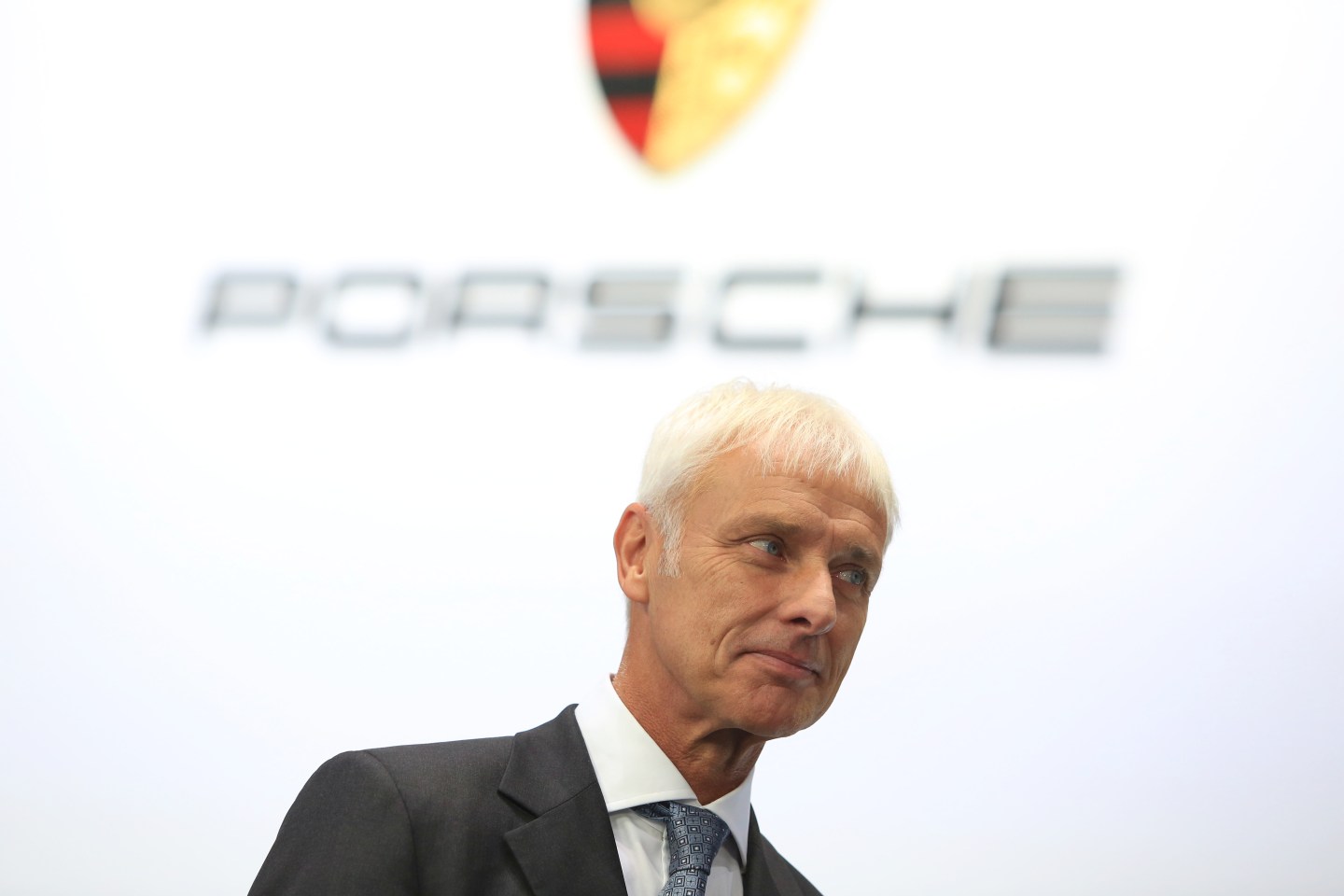 Matthias Muller, chief executive officer of Porsche AG, pauses during a Bloomberg Television interview during previews to IAA Frankfurt Motor Show in Frankfurt, Germany, on Tuesday, Sept. 15, 2015. The Frankfurt International Motor Show starts on Thursday, and nearly one million visitors are expected to view the latest must-have vehicles and motoring technology from over 1,000 exhibitors in a space equivalent to 33 soccer fields. Photographer: Krisztian Bocsi/Bloomberg via Getty Images
Photograph by Krisztian Bocsi — Bloomberg via Getty Images

Crisis-plagued Volkswagen AG (VLKPY) signaled on Tuesday it would recall up to 11 million vehicles as it tries to address the scandal over its admission that it cheated U.S. diesel emissions tests.

New chief executive Matthias Müller said the German carmaker had drawn up a “comprehensive” refit plan to be submitted to regulators aimed at ensuring its diesel models complied with emissions standards.

It will ask customers “in the next few days” to have diesel models equipped with manipulated software refitted and brief authorities on technical fixes in October, Müller told a closed-door gathering of about 1,000 top managers at VW’s Wolfsburg headquarters late on Monday.

The company is under huge pressure to tackle the biggest business-related crisis in its 78-year history. Germany’s KBA regulator had set an Oct. 7 deadline for it to present a plan to bring diesel emissions into line with the law.

“We are facing a long trudge and a lot of hard work,” Müller, appointed CEO of Europe’s biggest automaker last Friday, said in the speech text seen by Reuters. “We will only be able to make progress in steps and there will be setbacks.”

“The new company structure is a first step and the basis for a modernization of VW, for a new and better company,” he said.