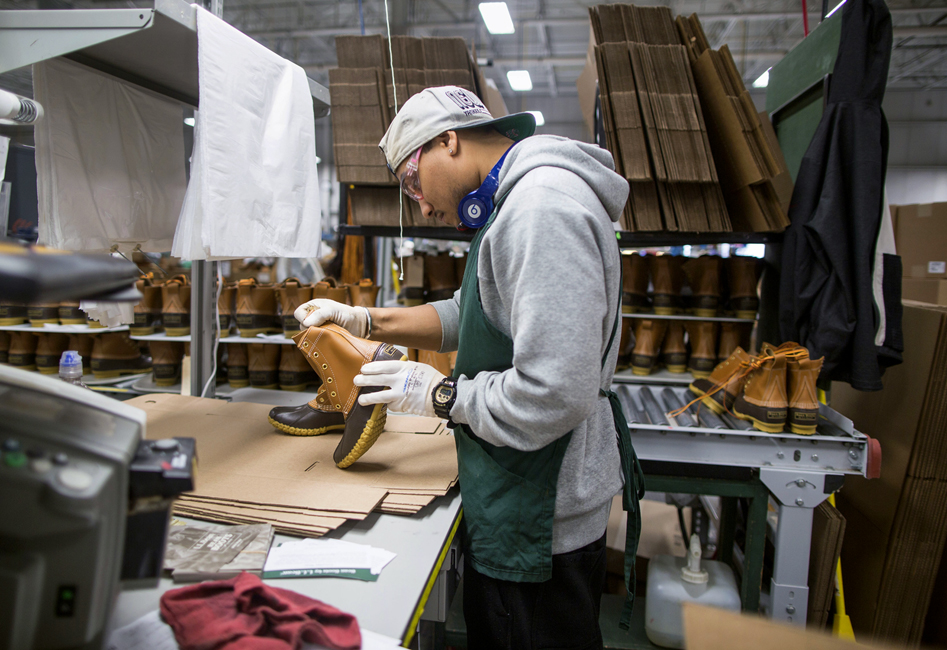 A worker packages boots for shipping at the L.L. Bean Inc. manufacturing facility in Brunswick, Maine, U.S., on Friday, Feb. 6, 2015. Over 450 people are employed at L.L. Bean Inc.'s Maine factory where approximately 1,300 pairs of boots per day are manufactured. Photographer: Scott Eisen/Bloomberg via Getty Images
Photograph by Getty Images

If you wanted a pair of L.L. Beans’ famous duck boots in time for the holiday season, you’re out of luck. The Maine shoemaker has the popular product on backorder already, the company said Tuesday.

L.L. Bean have at least 100,000 pairs of the leather and rubber handmade boots on backorder, according to Consumerist. Bloomberg reported that the company has hired 100 extra workers to help manufacture the boots on top of the existing 500 workers in the company’s two factories.

“We’re making them literally as fast as we can,” Mac McKeever, an L.L. Bean spokesman, said to Bloomberg. “It’s not something we can just stamp out.”

“We realize we could outsource, but that will never happen,” McKeever added. “The boots have been hand-sewn in Maine by our own skilled boot workers, and they always will be.”