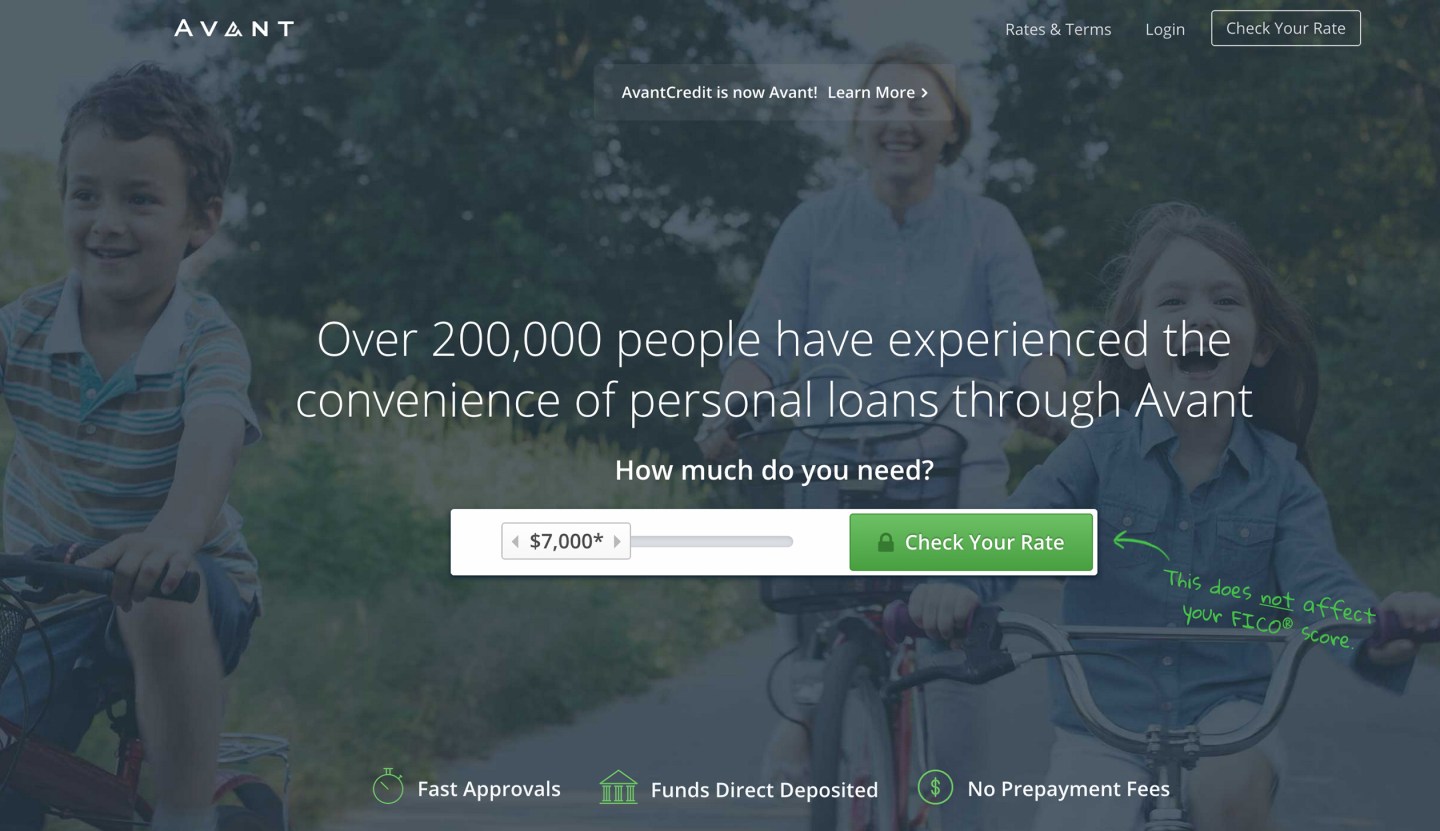 Avant, an online marketplace for consumer loans, has agreed to raise $325 million in new equity funding at a valuation well in excess of $1 billion, Fortune has learned.

Private equity firm General Atlantic will lead the round, which is expected to formally close in the middle of October. Other participants include Balyasny Asset Management and existing shareholders Tiger Global Management, August Capital, RRE Ventures and DFJ Growth. More names may be added, but the $325 million figure won’t change.

UPDATE: We’ve learned that J.P. Morgan also was involved on the round, and that the post-money valuation was “in the ballpark” of $2 billion.

“We’re trying to build a transformative company that could be a $50 billion to $100 billion business someday, by becoming the preeminent provider of credit to small and middle-income consumers,” says Al Goldstein, Avant’s founder and CEO. “We’ve been talking to General Atlantic for the last couple of years and really believe they will be super valuable as we build our business.”

Chicago-based Avant has now raised more than $600 million in equity funding since its 2012 inception, plus another $1.1 billion in debt from firms like Jefferies (JEF), J.P. Morgan Chase (JPM), Kohlberg Kravis Roberts & Co. (KKR) and Victory Park Capital. It also has arranged to sell another $1.8 billion of loans via its institutional marketplace, which lets qualified institutional investors purchase loans originated through the Avant platform.

Online lending isn’t terribly novel anymore, but Avant differs from much of the competition in terms of both its target (below-prime consumers) and source of capital (from Avant itself, rather than peer-to-peer). It believes the former will make it a partner to industry newcomers like Goldman Sachs, while the latter means that it does not compete directly with LendingClub (LC).

All of these companies, however, are being looked at by the U.S. Treasury Department, which in July asked for public comment on how such companies work and “how the financial regulatory framework should evolve.”

Goldstein and General Atlantic’s Jonathan Korngold say that they’ve been in regular contact with the Treasury task force, and that they believe Avant’s model is in line with much of what is being discussed as best practice.

“Our conversations have been very positive, and a lot of things they’re focusing on happening — having skin in the game and other ways to have interests align, are things we already do,” Goldstein explains. “We have real transparency on the product, don’t have up-front fees and we don’t sell any credit insurance or other add-on products. Our interest rate is the APR, effectively, and we do 100% of our loan servicing.”

Korngold adds that he was not scared off by the stock slumps of LendingClub and commercial loan-focused On Deck Capital (ONDK). “The markets have made some very specific micro moves against those companies, which is only about issues related to them as opposed as to the online lending market opportunity.”

As for the future, Goldstein says that while Avant currently only offers an unsecured credit product in the US, Canada and UK, it is working on a secured product in the auto space (expected to launch by year-end) and a revolving credit card product. The company currently has around 750 employees, mostly in its Chicago headquarters. It also has a Los Angeles engineering office and UK office for its British business.