What Trump gets wrong about trade deals 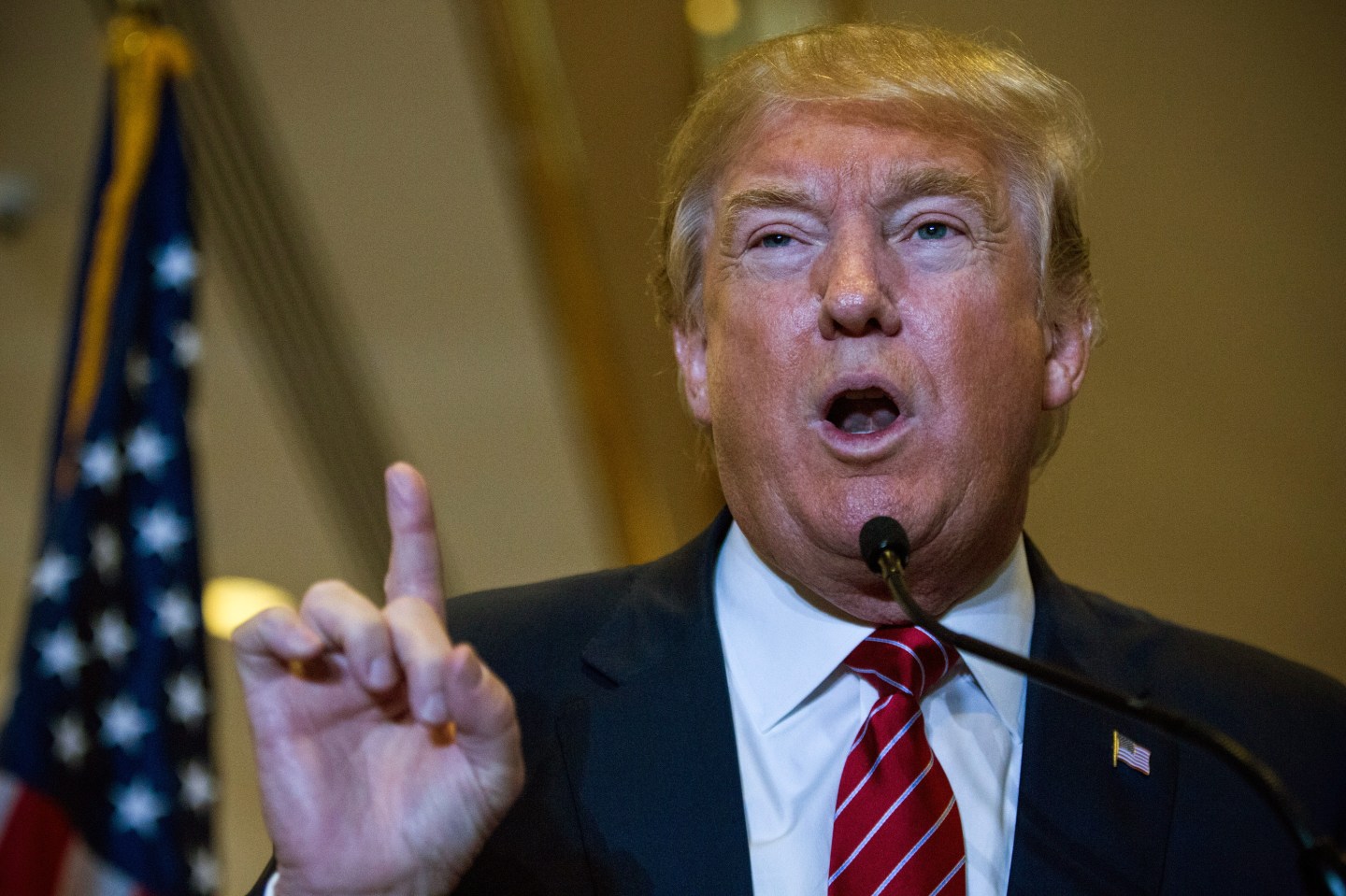 Republican presidential candidate Donald Trump made headlines — again — Monday when he announced his tax proposals. While tax gurus continue analyzing the details, it’s worth taking a closer look at how he views another critical aspect of America’s economy: foreign trade. A day before he unveiled his tax plan, Trump said on Sunday that he would renegotiate or break the North American Free Trade Agreement (NAFTA). This offer a good glimpse of how he views free trade, as his remarks come the same week trade ministers from 12 nations meet in Atlanta to try to conclude a massive trade deal across the Pacific Rim. Trump is not a fan of the Trans-Pacific Trade Agreement either, having stated: “The Trans-Pacific Partnership is an attack on America’s business.”

Trump added that the negotiators were not the best people and that deals had to be negotiated with one country at a time, which would be impractical and reverse 70 years of world history. The problem with one-off negotiations is that the best way to get countries to open their markets is to have enough countries at the table to be able to get maximum results. That is why there is a World Trade Organization, and that is why the Bush and Obama administrations embarked on the Pacific Rim negotiations. The objective is to get as many like-minded countries as possible to improve the rules governing their trade and to expand opportunities for trade in the region.

There’s another flaw in Trump’s views on free trade. He has repeatedly said he wants to build a wall around the U.S. southern border to keep out Mexican immigrants. A key purpose of NAFTA is to create economic opportunity in all of North America, including most definitely, Mexico. Terminate NAFTA and there would be immensely greater pressures for Mexicans to move to the United States — not exactly a result Trump is looking for.

He is hoping to reform the tax code by removing tax breaks that he views as having become entitlements. His tax philosophy should carry over into international trade. Aside from auto parts, Mexican sugar imports also have preferential access through NAFTA under America’s import quota system. Should this become a permanent entitlement? And more broadly, should sugar and other import protections that the U.S. affords (e.g. dairy) be immune from consideration of further liberalization, and in the case of sugar, should a phase-out of the protection altogether never be possible?

Some “rule of origin” (minimum regional content) is required in any regional free trade agreement. Otherwise, there will be a lot of non-participant countries benefitting as free riders. Whenever there is a tariff or quota preference, or any protection for that matter, investments are made on the basis of those measures.

That is why in some cases, extensive phase-outs may be required of existing protection. But protected positions in the market should not be forever immune from change. They should not become permanent entitlements. It will be the job of the current and future presidents, Congress and America’s trade negotiators to decide where the national interest lies, without being prevented from doing so by existing restrictive trade measures.

Alan Wolff is an attorney in Washington D.C. He is Chairman of the National Foreign Trade Council, and a former U.S. Deputy Trade Representative. The views expressed here are his own.