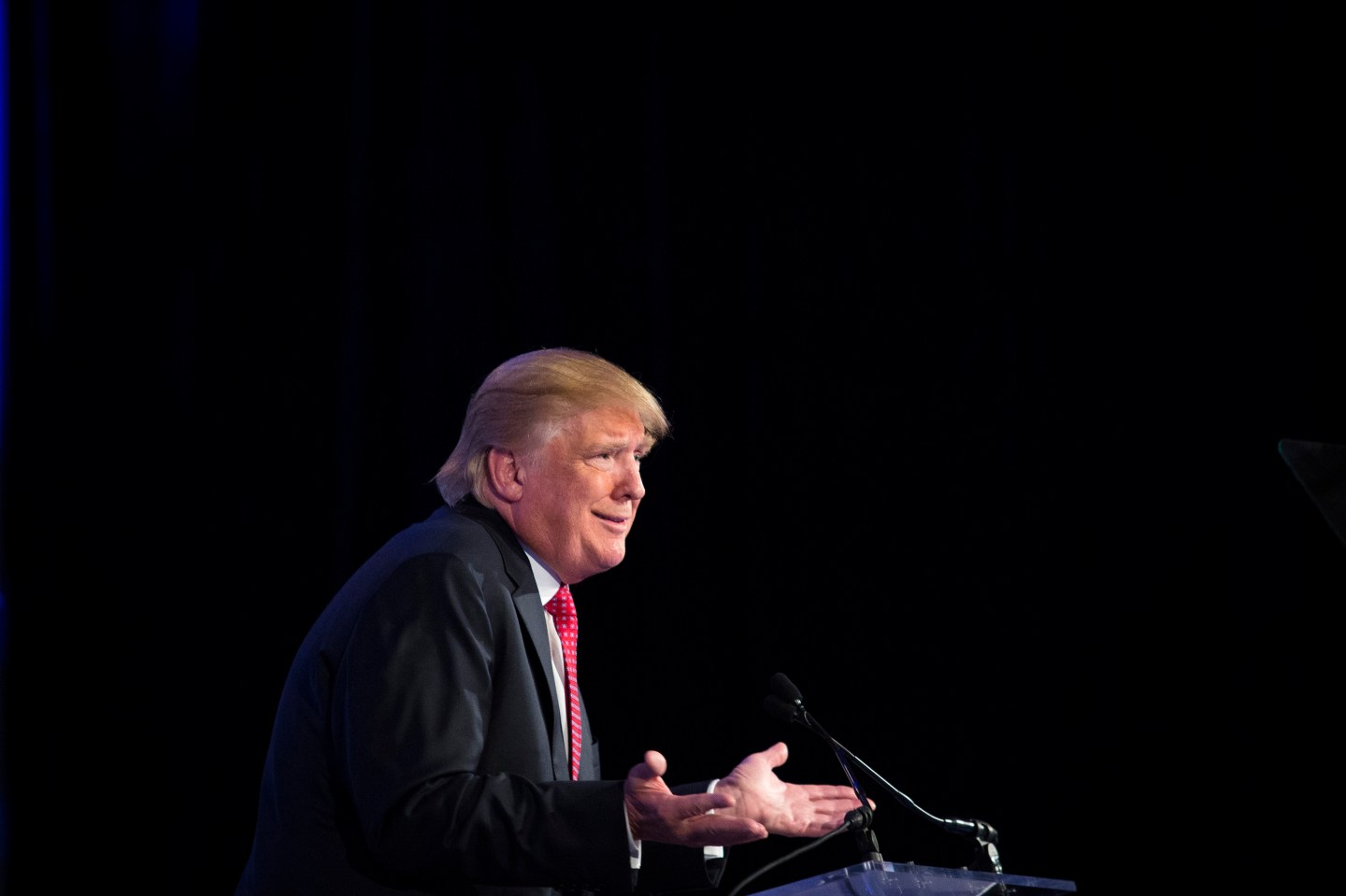 Tax proposals from presidential candidates are notoriously vague. The more details one offers about tax reform, the greater one’s chance of making a campaign-killing enemy.

Donald Trump is no exception to this rule. The tax reform plan he proposed Monday morning offers up reductions in marginal taxes for every taxpayer, to be paid for with the elimination of unspecified loopholes, while promising that deductions for charitable giving and mortgage interest would remain intact. The one specific idea Trump offered for raising money, however, was to end the deferral of taxes on corporate profits earned abroad.

According to an outline of his proposal, Trump wishes to cut the corporate tax rate to 15%, paired with a one-time 10% tax on profits American companies make from operations abroad. After this, he would completely eliminate the ability to defer taxes on profits earned abroad until that money is brought back to the United States, though firms would be able to deduct the taxes paid to foreign governments. He argues:

Since we are making America’s corporate tax rate globally competitive, it is only fair that corporations help make that move fiscally responsible. U.S.-owned corporations have as much as $2.5 trillion in cash sitting overseas. Some companies have been leaving cash overseas as a tax maneuver. Under this plan, they can bring their cash home and put it to work in America while benefitting from the newly-lowered corporate tax rate that is globally competitive and no longer requires parking cash overseas. Other companies have cash overseas for specific business units or activities. They can leave that cash overseas, but they will still have to pay the one-time repatriation fee.

Even with a corporate tax rate of 15%, such a move could raise significant revenue, as many jurisdictions have corporate rates below 15%, or have no corporate income tax at all.

Eliminating the deferral of taxes on foreign earnings has long been championed by the left as a means to increase corporate tax revenue, which has been falling as a share of total tax revenue for decades now. Groups like the left-leaning Economic Policy Institute have argued for such a policy, and they have recommended that the proceeds support infrastructure spending and other government projects. President Obama’s most recent budget also included a proposal to tax corporate earnings generated abroad, though he called for a global minimum tax of 19%.

The political right has long resisted these proposals, arguing that taxing businesses more would distort investment decisions. During the 2012 presidential campaign, for instance, Mitt Romney proposed eliminating taxes on foreign earnings altogether. The Heritage Foundation has also long advocated for moving towards a territorial system, writing, “Because it reduces investment, the worldwide system destroys jobs and suppresses wages for U.S. workers.”

Donald Trump’s tax plan is light on details, but its one revenue-raising idea, eliminating the deferral of taxes on corporate earnings abroad, fits in nicely with the image the presidential hopeful is trying to promote: a man unafraid to sacrifice the sacred cows of the Republican establishment.