This t-shirt company is making its customers rich 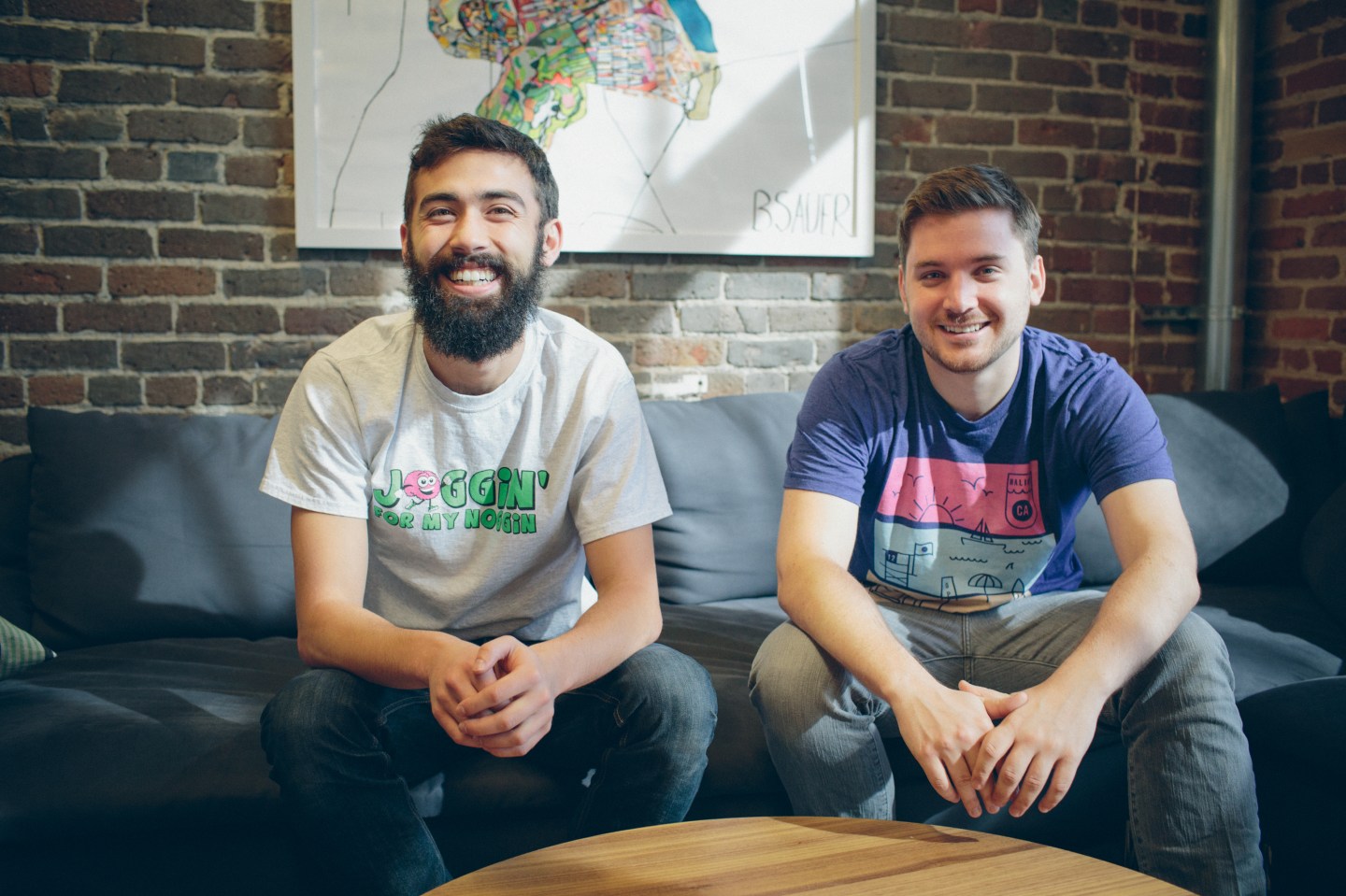 A t-shirt company is minting millionaires, and none of them are on its payroll.

Teespring, a San Francisco-based startup, lets people create custom t-shirt designs and then sell them online without having to worry about inventory. Its sales pitch is that it helps fuel entrepreneurship around the world.

“Our goal is to empower anyone with a good idea,” co-founder and CEO Walker Williams told Fortune while in London for the launch of the company’s European operations on Thursday.

Using Teespring, people can design a shirt or sweatshirt, set a price (as long as it’s above the cost of production and shipping), and collect any profits from the sales. It is highly competitive business with a number of challengers.

Customink, for example, lets customers order customized clothing in bulk. Zazzle lets people upload designs and make a commission when customers buy them from its website. Meanwhile, Threadless focuses on helping artists make money by taking t-shirt design submissions and then printing those that get enough votes from customers.

For Teespring, at least, the race is on to grow overseas. In January, it acquired Fabrily, a U.K.-based startup with a business model very similar to its own and, more importantly, according to Williams, a nearly identical culture and goals.

Fabrily now serves as Teespring’s European arm, providing services in languages other than English, and handling orders of items designed by and intended for European customers. It has facilities both in the U.K. and in Eastern Europe.

To hammer home the point about its ability to make money for t-shirts, Teespring disclosed details to Fortune about just how much money it passed along to them. Last year, it said 20 people received more than $1 million from sales through its website while hundreds of others earned at least $100,000.

To date, the company said it has paid out a total of $140 million after covering its own production and shipping costs, most of it in the last 18 months. So far, it has shipped more than 15 million t-shirts, tank tops, and hooded sweatshirts.

By comparison, competitor Zazzle has paid out only $100 million to its designers since 2005, according to the company.

In addition, Teespring says it’s a better source of income for its creators than e-commerce giants Etsy (ETSY) and eBay (EBAY). The company says that, on average, its creators make $3,700 per year. In comparison, Etsy sellers make $3,000, and eBay sellers $1,400, according to Mary Meeker, a partner at venture capital firm Kleiner Perkins.

Teespring doesn’t disclose its own revenue numbers, but it takes a cut of the production cost.

Now Teespring’s challenge will be to keep up its momentum as a truly international company. Last year, Fabrily sales grew 20-fold, Williams said, outpacing his own company. This, of course, made the startup that much more attractive for Williams to buy.

But the two sides of the company aren’t yet operating as fully “borderless e-commerce,” as Williams calls it. By that, he means that if someone designs a t-shirt that is intended for the U.S. market, Teespring’s domestic operations will handle the orders and production, even if some orders come from abroad. The same goes for apparel intended for a European audience. Ideally, Williams wants his company’s operations to become flexible enough that each order is filled by the production facility closest to the recipient, regardless of where the design comes from. But Teespring isn’t there yet.

As for expanding to Asia or other parts of the world, it’s definitely on the horizon, says Williams. However, such an expansion won’t come from another acquisition as Teespring did with Europe, he said.

For an overview of Etsy’s IPO, watch this Fortune video:

(An earlier version incorrectly stated the total amount of money Zazzle has paid out thus far to people who have submitted designs for items manufactured and sold by Zazzle. The story has been updated with the correct amount.)