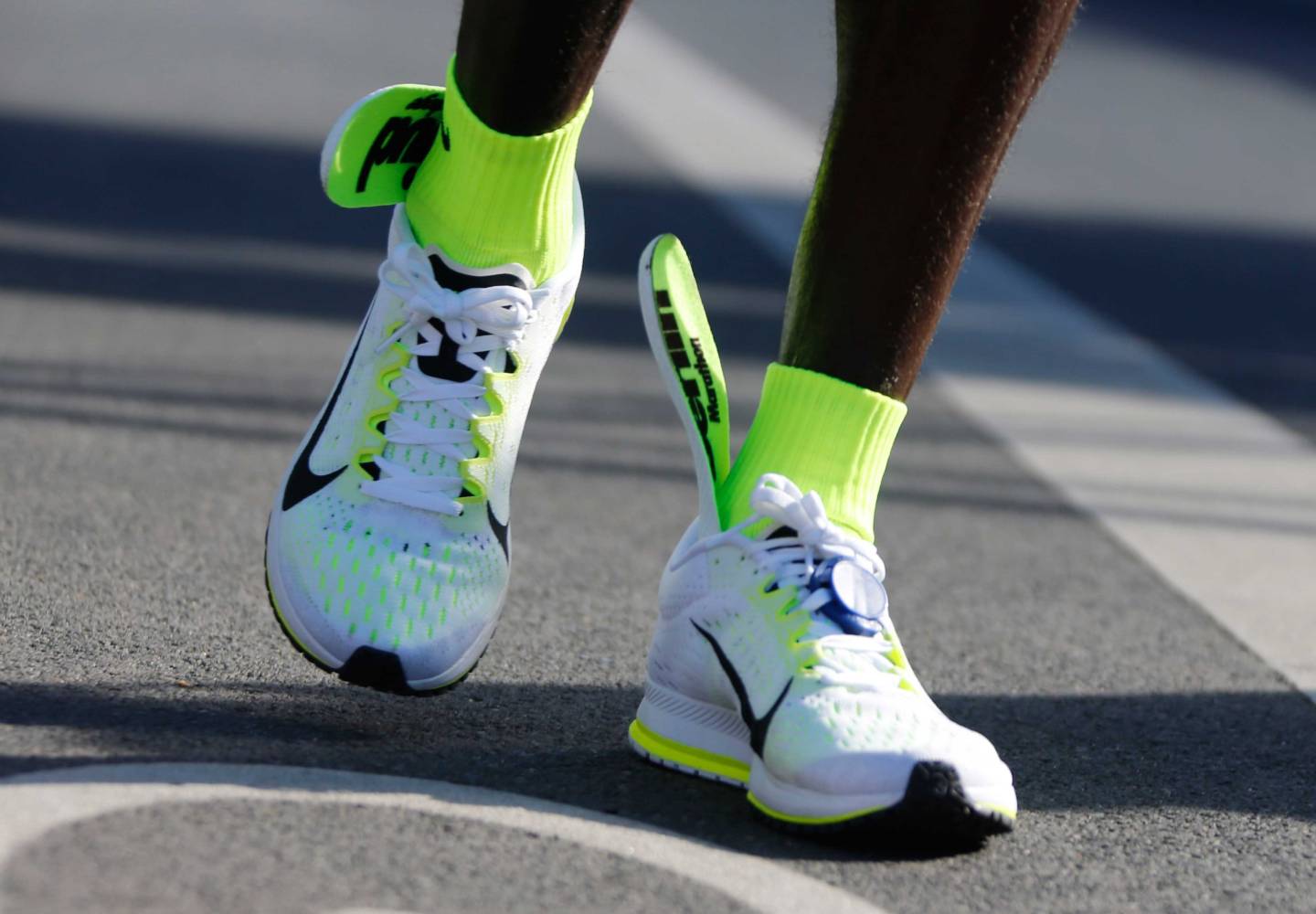 The insoles of Kenya's Eliud Kipchoge's running shoes are seen slipping up to his ankles, after he crosses the finish line to win the men's 42nd Berlin marathon, in Berlin, Germany September 27, 2015. Kenyan favourite Kipchoge shrugged off mid-race footwear problems to win the Berlin marathon on Sunday with a personal best time of two hours, four minutes and one second but missed out on a world record by more than a minute. REUTERS/Hannibal Hanschke TPX IMAGES OF THE DAY - RTX1SOKY
Photograph by Hannibal Hanschke — Reuters

Eliud Kipchoge won the Berlin Marathon over the weekend, a remarkable achievement even before considering the fact that he ran much of the race with insoles that were falling out of his Nike shoes.

The 30-year-old elite Kenyan runner won the race at a 2:04:00 personal best, defying footwear problems, according to the Berlin Marathon’s official website. The insoles were falling out of his shoes by around the 10-mile mark, though Kipchoge was reportedly aware of the issue early in the race.

“It was not easy,” said Kipchoge, quoted by Runner’s World. He said that there were blisters on his left foot and also a cut on his big toe. The malfunction prevented Kipchoge from capturing the world record, which was set by Wilson Kipsang at 2:03:23 – also in Berlin. Ahead of the race, Kipchoge said he had hoped he could push himself to top that record this year in Berlin.

Kipchoge was wearing a prototype racing flat that Nike (NKE) and the athlete have been working on together the past several months.

“As with any prototype, elements can sometimes go wrong,” a Nike spokesman said. “On this occasion, the sockliner didn’t work. As in all innovation, we will learn quickly from mistakes.”

Nike is the world’s largest athletic footwear maker, commanding almost two-thirds of the market in the U.S. alone. Nike’s global footwear sales for the latest quarter jumped 18%, to $5.12 billion. And while the issue with Kipchoge’s shoes at the marathon is not ideal from a branding perspective, it will almost certainly go unnoticed by most customers. Many of Nike’s shoes for running and basketball aren’t even used to play those sports, especially as the “athleisure” trend permeates more greatly across the footwear and apparel markets.