Germany needs migrants. Do we? 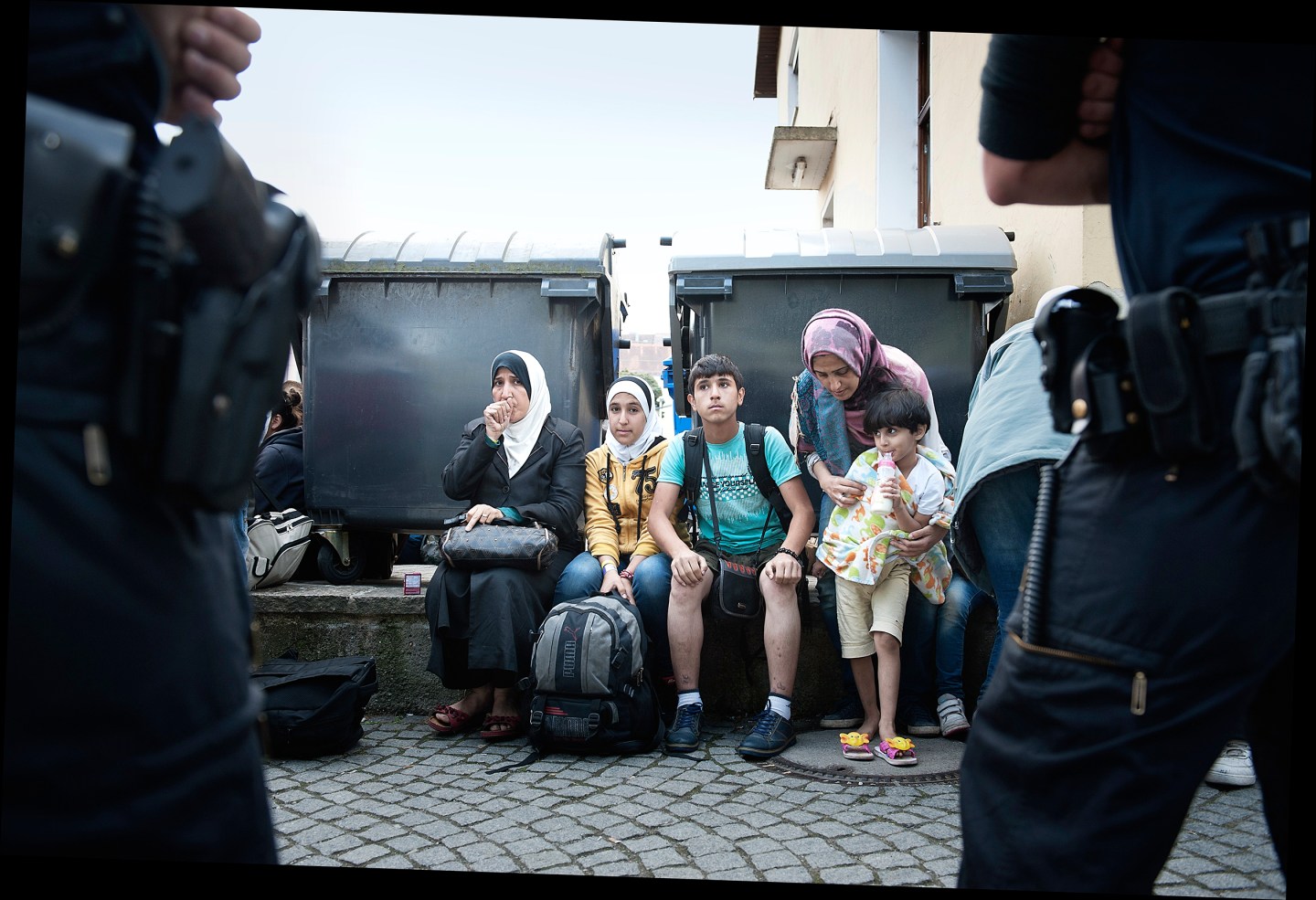 Recently arrived migrants at a train station wait to be put on buses in Passau, Germany, Sept. 10, 2015. Germany is struggling with a surge of migrants and has at least temporarily clamped down on new arrivals, but Europe?s biggest economy, with an aging population and more than a half-million jobs currently unfilled, sees the migration wave as not only a challenge but an opportunity. (Laetitia Vancon/The New York Times)
Photograph by Laetitia Vancon—The New York Times/Redux

This summer an unprecedented surge of migrants and refugees flooded into Europe, most of them Syrians fleeing a bloody five-year civil war. For those who managed to complete the arduous journey to the safer shores of eurozone countries, some were greeted by riot police, tear gas, and water cannons—and most by a populace generally terrified that their countries’ economies and social systems would not be able to support a massive influx of the needy.

That is, except for Germany. In a break with its European Union counterparts, the country expects to take in close to 1 million migrants by the end of the year—equivalent to about 1% of its population. Germany is betting that instead of causing fiscal chaos, the refugees will actually lift the economy.

There’s ample reason to think Germany is right. The country’s birthrate is the lowest in the world, and its workforce is rapidly aging. Because it takes resources to make the journey from Syria, many migrants who have successfully completed the voyage seem to be relatively young, well-educated, and well-off. “If we manage to quickly train those that come to us and get them into work, then we will solve one of our biggest problems for the economic future of our country: the skills shortage,” Sigmar Gabriel, Germany’s vice chancellor, told Parliament.

Of course, it will be costly too. Germany has earmarked nearly $7 billion for refugee costs this year. But if the migrants assimilate as quickly as they’re expected to, that could eventually be offset by new taxes and higher consumer spending, says Demetrios Papademetriou, president emeritus of the Migration Policy Institute. The resettlement could play out the way it has so far in Turkey, where recent research shows a growing workforce and a demand for goods and services from Syrian refugees have boosted local business and created jobs. Or in Lebanon, where the World Bank reports that the influx of refugees, equivalent to a quarter of its population, has helped the economy outpace growth expectations, even as Syria’s civil war has disrupted trade.

A large and growing body of evidence shows that accepting refugees is often economically savvy. In the U.S., where hostility toward immigrants is palpable this campaign season (witness the rise of Donald Trump), the country faces a looming wave of baby boomer retirements, which younger foreign workers could help offset with taxes, dollars, and productivity. (For more on the age wave, see “Chart of the day: The first world is aging.”) Beyond that, immigrants start businesses twice as often as native-born Americans, they are disproportionately likely to work instead of collect unemployment, and—contrary to the campaign rhetoric—they aren’t taking our jobs. A 2014 review that surveyed 27 studies globally on the topic found that while wages in some situations might suffer and others might improve, there was no overall depressing effect.

What’s more, refugees can deliver even more of an economic boost than typical immigrants. According to one study, refugees who arrived in the U.S. between 1975 and 1980 were earning 20% more than other immigrants by 1990. And they may have additional motivation to excel, says Council on Foreign Relations senior fellow Ted Alden, because many feel they’re getting a “second chance on life.”

The U.S. recently upped its commitment to refugees, many of them Syrian, and will increase its overall refugee intake from 70,000 to 100,000 by 2017. The influx is likely to have a profound impact at the local level. In south St. Louis, abandoned and dangerous neighborhoods were turned into a vibrant “Little Bosnia” by thousands of Bosnian refugees in the 1990s. In Lewiston, Maine, the arrival of Somalian refugees restored the once ailing mill town’s tax base and reversed its population outflows. And in Cleveland, a recent report found that the region’s more than 4,000 refugees boosted the local economy by $48 million in 2012.

Of course, much of the impact remains unknowable, and there are still formidable challenges on all sides. As refugees, “you work hard, you put up with your lost status, and you still can’t replicate the status that you had in Syria in the next three years,” Papademetriou says. “But 10 years from now, you can do a hell of a lot better than you would have in Syria.” That has upsides for the rest us too.

A version of this article appears in the October 1, 2015 issue of Fortune magazine.