This startup has a secret weapon for grocery stores 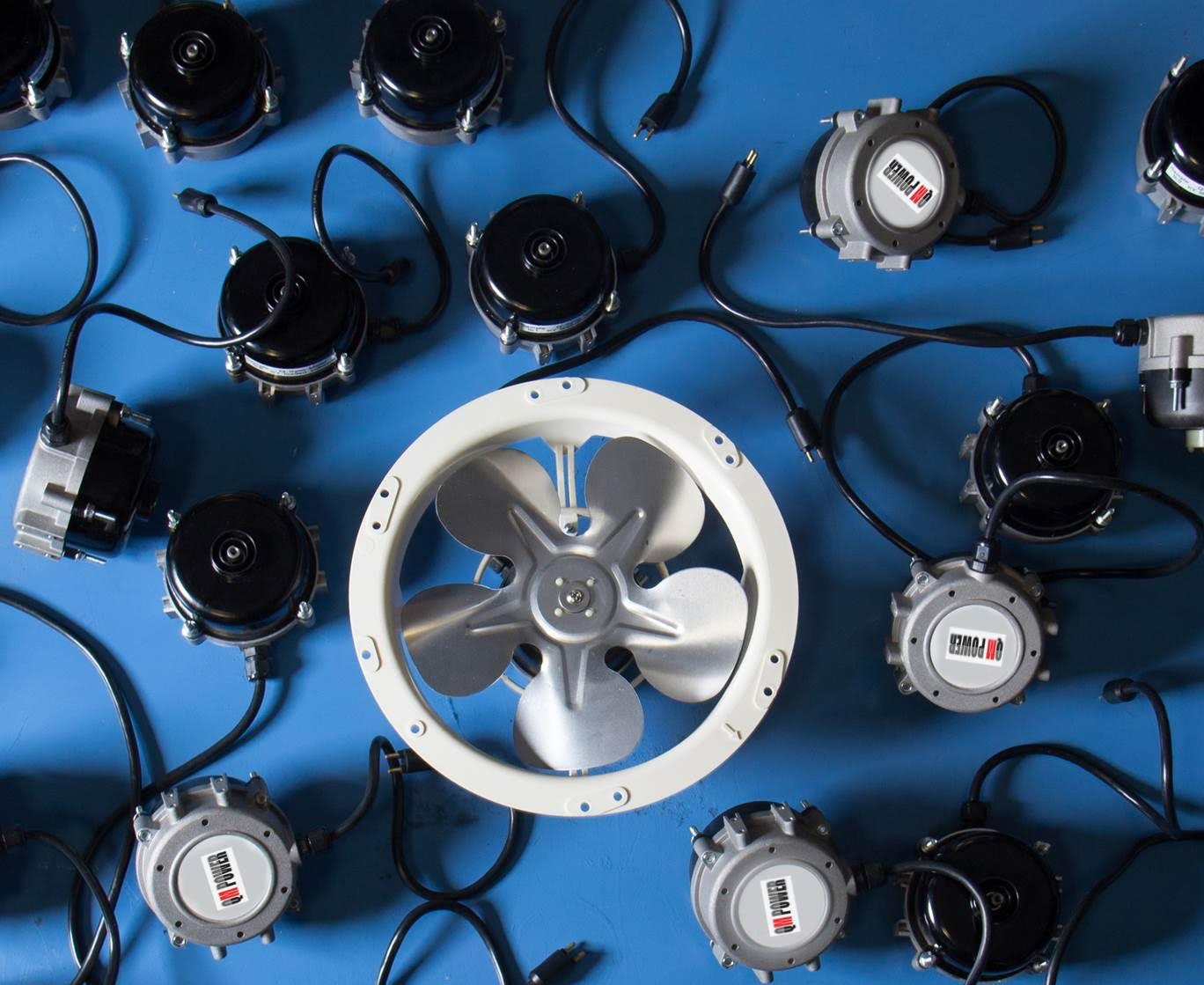 In the bottom of chilly refrigerated cases at a Vons super market in San Diego, a brand new type of energy technology recently made its commercial debut.

Placed every four feet in the refrigerated areas — and covered in goods like heads of lettuce, yogurt containers, and eggs cartons — novel ultra-efficient fan motors are running around the clock helping keep the food cool. These motors drive fans that move refrigerated air around the food to keep temperatures low.

The motors were developed by a nine-year-old startup called QM Power, based in Lee’s Summit, Missouri. After years of research and development, and work with the Department of Energy, the company just started selling these motors that can reduce a building’s energy consumption by between 50% and 80% compared to traditional motors used by fans.

Even better, the company’s motors cost the same as standard motors, so grocery chains aren’t paying an arm and a leg for the essential cooling tech.

Motors, which convert electrical energy into mechanical energy, aren’t sexy cleantech like a Tesla (TSLA) Model S. But they’re the under appreciated work horses of energy use in commercial and industrial buildings.

In a grocery store there are motors quietly running in almost every area that needs to be cooled, from the walk-in refrigerator to the warehouse to the rooftop air conditioner. Motors —attached to fans, compressors and pumps—can consume a whopping 70% the energy in a commercial building. They’re all over hotels, in office buildings and likely in your home refrigerator, too.

But the humble motor hasn’t seen much innovation in decades. Many motors in use are based on a design from inventor Nikola Tesla in the late 1800s.

QM Power CEO PJ Piper tells Fortune that for the motor world, “meaningful changes happen once every 50 to 75 years.”

Piper believes QM Power’s motor is one of those step changes.

The technology, called a “synchronous AC motor” (a kind of permanent magnet motor), uses advanced electronics to bring the motor quickly up to speed and synchronize it to the frequency of the current from the power grid. When the motor speed is synchronous with the current frequency the motor’s electronics can be shut off, saving energy. So it uses a lot less energy than motors that don’t do that.

The motor also runs at a higher capacity factor than traditional motors, which means it can accept energy from the power grid more efficiently. Much of the energy savings comes from the utility not having to supply as much power to the grid where the motors are plugged in.

Previously the high cost of the electronics for synchronous motors have made this tech too expensive for everyday commercial refrigeration. But QM Power’s inventor and CTO Joe Flynn helped solve that problem in his garage years ago.

Now QM Power is working on shipping its fan motors to customers that are waiting. On Monday the company started talking about its tech for the first time at a food retailer convention in San Diego run by industry group the Food Marketing Institute.

The company plans to work with refrigeration service contractors for sales and is working with third-party manufacturers to make the motors. The team is looking at how, or if, it could bring the manufacturing in house. The company raised $20 million from venture capitalists, including Bright Capital, which has made a variety of investments in energy tech.

Because the motors cost the same as regular motors, the return on the investment can be about one year for large orders (a typical grocery store might buy 200 to 400 fan motors). But QM Power is also offering financing for new customers that want to upgrade their fan motors.

The fan motors for refrigeration units are just the first application for QM Power’s tech. The company plans to sell motors for air conditioning systems and rooftop fans. The motor can even be used in an electric vehicle, but Piper tells me that the commercial and industrial buildings market is large enough to focus on for the time being.

To learn more about how retailers are embracing environmentalism, check out this Fortune video: