What the top venture capitalists say about the tech bubble 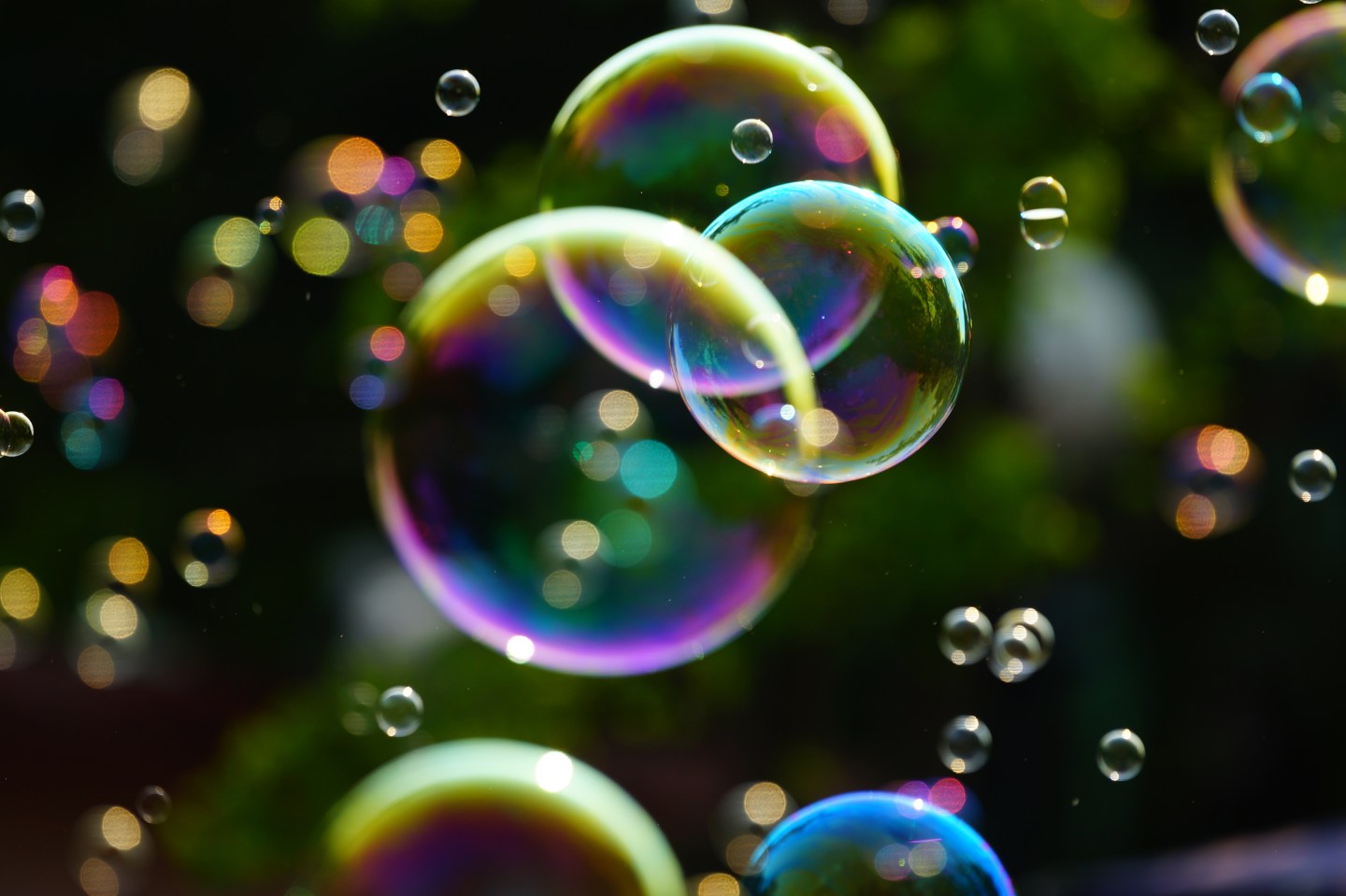 Are startups overvalued? Are there too many billion-dollar “unicorns”? Are we in a tech bubble?

It’s standard interview fare, especially for venture capitalists at tech conferences. To understand why, read our breakdown of the reasons journalists can’t stop asking about the tech bubble. And if you’re in need of a gift for the doomsaying venture capitalist in your life, consider “Unicorn Tears.”

Opinions vary on whether this is a bubble. Most say it’s not, while issuing dire warnings that a shake-out is coming for certain startups. Just don’t ask them to name which ones are on their dying unicorn lists.

Gurley was among the first of the prominent investors to sound the alarm on burn rates.

A year ago, he said startups are taking on too much risk.

In a February op-ed, he re-iterated that point:

"Companies are taking on huge burn rates to justify spending the capital they are raising in these enormous financings, putting their long-term viability in jeopardy. Late-stage investors, desperately afraid of missing out on acquiring shareholding positions in possible “unicorn” companies, have essentially abandoned their traditional risk analysis. Traditional early-stage investors, institutional public investors, and anyone with extra millions are rushing in to the high-stakes, late stage game."

In the Spring, he predicted “dead unicorns” at South by Southwest.

In August, he tweeted that the market volatility might result in compressed multiples for for tech stocks, which would hurt liquidity options for late stage startups. “If so, we may be nearing the end of a cycle where growth is valued more than profitability. It could be at an inflection point,” he wrote. “Investors are likely to refocus on business model viability and path to profitability. This will seem like an abrupt sea change to many.”

Andreessen doesn’t believe we’re in a bubble and will passionately argue that point. In a June presentation to investors in his fund, he argued that this time is different, thanks to big differences in the market.

At TechCrunch disrupt last week, Khosla said that if this is a bubble, entrepreneurs should have plenty of money fueling their tanks and make sure their burn rates are sustainable in the case of they have to “hit the brakes hard.”

The First Round Capital partner stopped short of calling this period a bubble. But his firm slowed its pace of investment this year.

In a letter to his fund’s investors, he noted that some over-valued investments would end up being worth less or fail: “Despite our best efforts, we expect that several of our portfolio companies will end up being marked down over time (with many potentially being written off entirely).”

The Cowboy Ventures partner is positive about the “fantastic fundamentals” of the venture market, even though valuable startups have “surprisingly low capital efficiency,” she noted in a recent analysis of billion-dollar startup unicorns.

She warned that startup employees have the most to lose if things go badly. Preferred stock options for investors and early liquidity for founders shields them from risk.

The Social + Capital partner recently warned that spending in San Francisco startups has gotten out of control, and it is keeping sub-par startups alive for too long.

“There’s way too much money in the system ultimately chasing few really great companies. The problem with that is you have a bunch of imposter companies get funded for a lot longer than [is] traditionally the case.”

Last year, Meeker argued against a bubble in her annual Internet Trends report.

This year she was less bullish, noting that there are pockets overvaluation at Internet companies, but other areas are undervalued. “There are few companies that will win -- but those who do will win big,” she said.

The Sequoia Capital partner behind the famous 2008 “RIP Good Times” presentation told Bloomberg last week that today’s version of the presentation would be called “Shades of Grey.” He added that he doesn’t believe we’re anywhere near a tech bubble:

“If you look at the valuations of public tech companies, it’s nowhere near the frothy levels that you saw in 1999 and early 2000. Often people point to anecdotal examples of private companies that they think are overvalued and I’m sure in the fullness of time, it’ll prove to be that some of them were overvalued and won’t be successful. But I’m not sure you can point to something systemic that cuts across all of those companies.”

In March, the Shark Tank star blogged that the current tech bubble is worse than the dotcom bubble in 2000 because there’s no liquidity for private company shares.

The venture investor behind Facebook and Etsy recently said he sees a 50% probability that the current boom cycle will end in one to two years.

The Foundry Group managing director recently expressed his discomfort with increasingly high burn rates in a blog post, noting that a monthly net burn rate of $2 million makes him vomit and $4 million one makes him physically ill. He concluded:

“It’d be useful for more founders and investors to ponder unicorpses and spend less of their energy talking about, and trying to become, unicorns.”

Last year Wilson, a partner at Union Square Ventures, blogged that he’s been “grumpy for months” about sky-high burn rates.

“We are definitely in a bubble," he told Bloomberg. "This one is not as bad as 2000. If you wake up in a room full of unicorns, you are dreaming and you can’t expect the dream to continue."

The Scale Venture Partners investor believes public market volatility is likely to benefit the VC market, because the big public market funds that crept into the private markets will stop driving valuations up.

“Those tourists are going to go home, and I think that means there will be a better balance of supply and demand in our markets," she told CNBC.

In August Sakoda, a partner at NEA, argued that a lot of startups aren’t going to live up to their high valuations.

He told Reuters: "Many companies in the market for funding right now are struggling to meet their valuation expectations and are going to have to reassess.”

Now read why we can't stop talking about the tech bubble.