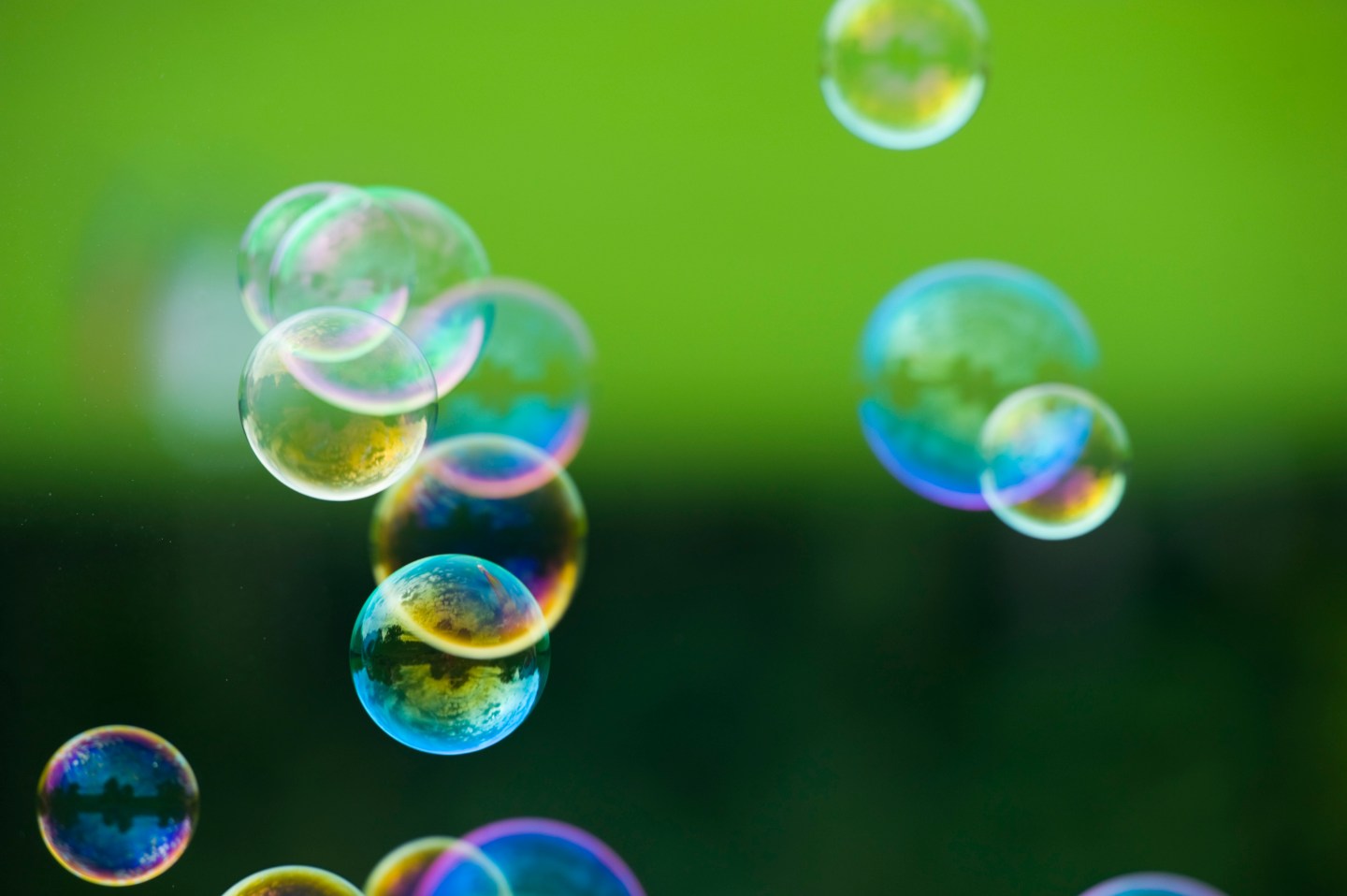 Are there too many billion-dollar unicorns?

Are we in a tech bubble?

“This is a question only writers like. Who cares whether they’re overvalued or not? It creates an illusion of knowing, to have an opinion. So I guarantee you, anyone who has given you an answer before on stage doesn’t have a clue.”

He’s right—tech reporters love the question. And he may be right that not everyone has an informed answer. But that won’t change the media’s obsession with it.

Major events with many layers, causes, and effects get condensed into simple phrases. “Financial crisis” became shorthand for the tumultuous period in 2008 when housing foreclosures spiked; credit dried up; Bear Stearns, Merrill Lynch, and Countrywide Financial sold; Lehman Brothers collapsed; IndyMac, Fannie Mae, and Freddie Mac were seized by the government; AIG was bailed out; and Congress passed TARP. “Dotcom bubble” is shorthand for the proliferation of Internet startups and the 2000-2001 market tumble that wiped out most of them.

Reality, of course, is much more nuanced and uncertain. Many journalists try to reflect these shades of gray in their coverage. But simplified, exaggerated headlines work better, especially on the Internet. Those headlines become the prevailing narrative.

2. Readers can’t seem to get enough of it.

I see this based on traffic and social media activity for Fortune’s tech bubble stories, as well as on other sites.

Why? It has a broader appeal than a detailed analysis of, say, Google’s new managed big-data service for running Hadoop and Spark as a service on the company’s cloud computing platform.

3. It’s a VC’s job to think about these things all day.

Regardless of whether venture capitalists have a clue (to use Khosla’s words), they do all have an opinion. Often, that opinion is the least boring thing to emerge from the many, many interchangeable on-stage interviews with venture investors.

VCs are in the awkward position of needing to raise their own profiles—see the “thought leadership” discussions from the Ellen Pao trial—while making it look like they only care about supporting entrepreneurs. So when they’re on stage, they go to great lengths to brag about how much how they help their portfolio companies.

That’s fine, but it makes for dull headlines. Most tech conferences have an army of tech journalists in the audience hoping someone says something newsworthy. The tech bubble question isn’t terribly exciting, but it’s better than “Area Venture Capitalist Claims to Add Value.”

The wounds are still fresh in everyone’s mind, even for those that weren’t old enough to participate in it. Venture investor Marc Andreessen articulated this on a podcast last year: “There’s this incredibly emotional urge to fight the last war and be in a complete, constant paranoid panic about whatever went wrong the last time.”

The tech press lost a lot of credibility for not seeing the first tech bubble coming. (Jim Cramer took a similar beating for hyping up Bear Stearns days before it collapsed.) It’s better to keep calling the peak too early than to cheerlead right before it all goes to hell.

We’ve been calling the peak for over a decade now. First Round Capital founder Josh Kopelman pointed out the absurdity of this in 2007, using a long list of links to show the frequency that outlets from CNET and ReadWriteWeb to Forbes and Businessweek cried “bubble!” in the mid-2000s. For some perspective: The bubble talk back then was spurred by sites like Delicious and Flickr selling for somewhere in the range of $15 million to $30 million.

Today’s market is very different from 2007, but Kopelman’s conclusion holds up: “Even a broken clock is right two times a day. By proclaiming a bubble every year, everyone can say they called it.”

NEXT: Read how the top VCs are responding to the tech bubble question