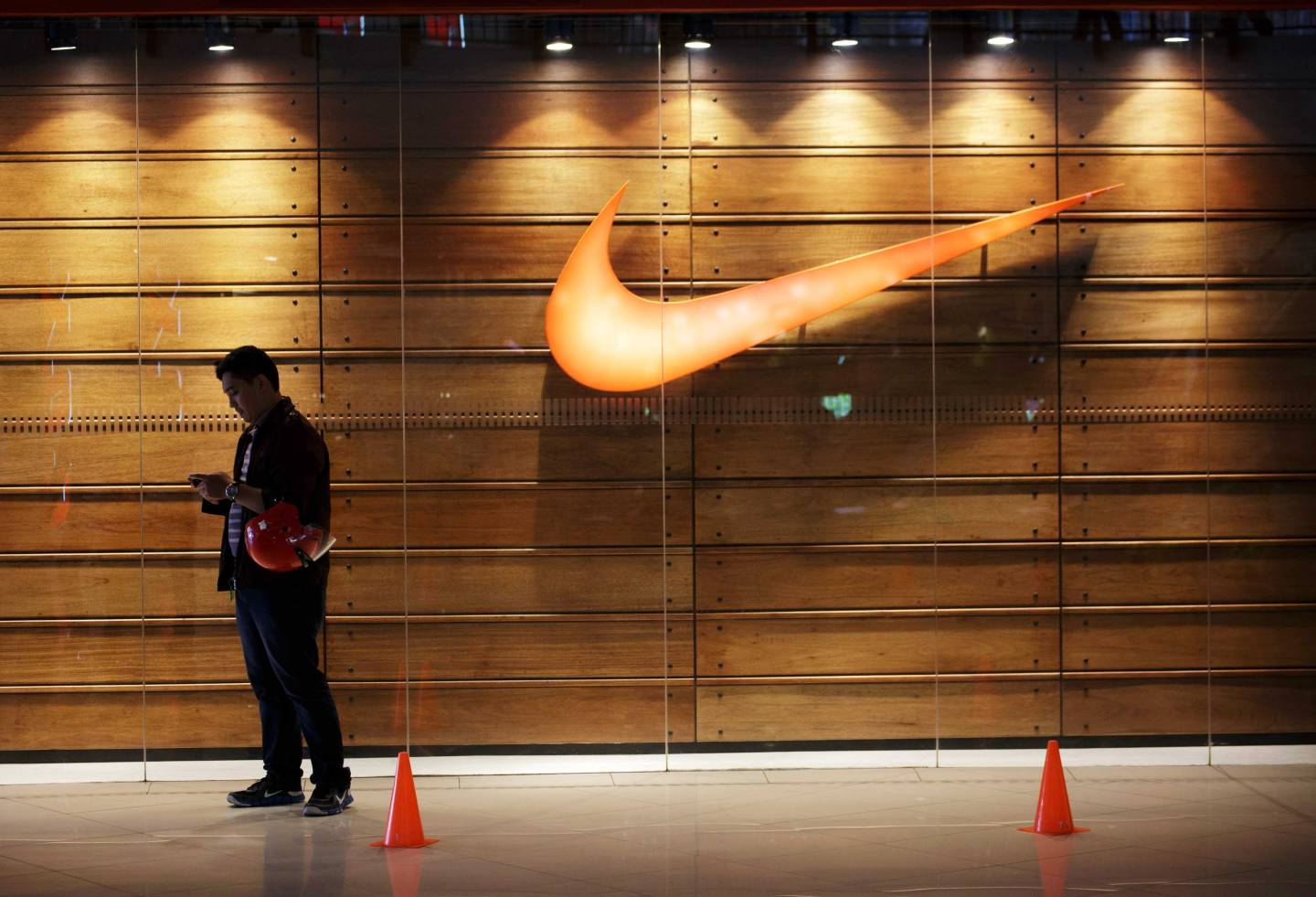 A man carrying a motorcycle helmet uses a mobile phone outside a Nike Inc. store at the Ayala Center Cebu shopping mall, operated by the Ayala Corporation, at the Cebu Business Park in Cebu, Philippines, on Monday, Aug. 3, 2015. The Philippine economy expanded 5.2 percent in the first quarter from a year earlier, the weakest pace since 2011, on slower public spending. Second-quarter data are due Aug. 27. Photographer: Kuni Takahashi/Bloomberg via Getty Images
Photograph by Kuni Takahashi — Bloomberg via Getty Images

Nike (NKE) shares hit an all-time high in after hours trading on Thursday after the company blew away Wall Street’s expectations and reported revenue rose 5% to $8.4 billion—or 14% excluding currency fluctuations in the first quarter of fiscal 2016.

While China got a lot of the kudos for that — sales rose 30% in that key, recently problematic market for Nike — another market played a big role in the sportswear maker’s latest blockbuster quarter: women.

Nike executives told analysts on a conference call on Thursday that efforts to cater to women, which have accelerated in the last year, have really taken off. Nike president Trevor Edwards said that the company’s women’s business had seen revenue grow by a double digit percentage last quarter.

He pegged the success to initiatives like the launch of a training shoe, Metcon 1, for women in the quarter, the first volley in what he said would be a sustained effort to offer women more training gear. Edwards also singled out sportswear such as Dri-FIT Knit and Nike Pro Tights as doing well. The company has also won women over by taking many stores around the world a bit further upscale. These efforts follow on other efforts like developing female-focus apps like its Nike+ and regularly updating the selection of women’s products to keep the assortment fresh.

“With the global shift towards health and fitness as part of her lifestyle, we see tremendous opportunity for years to come,” Edwards told the analysts.