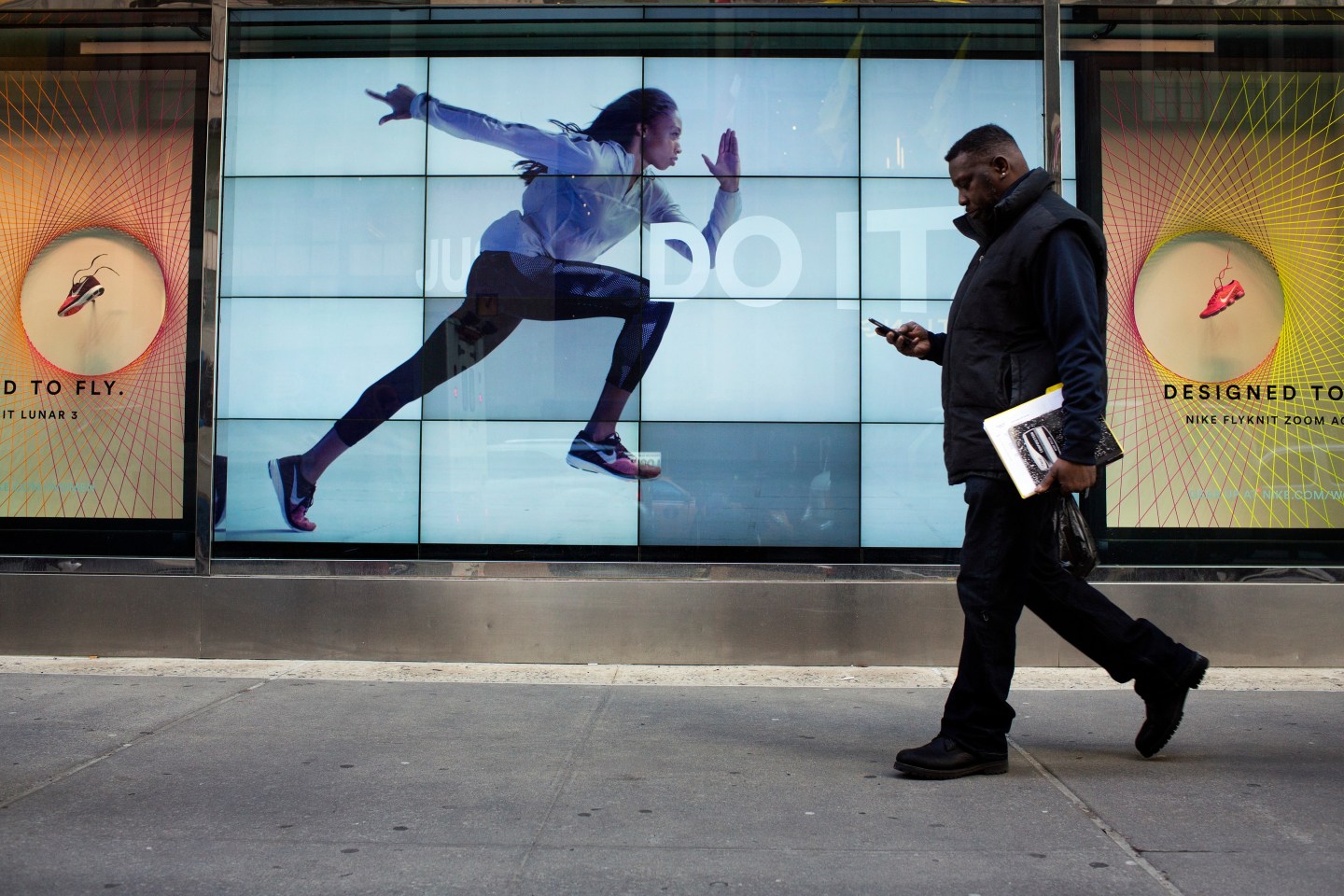 Nike said Thursday its quarterly sales jumped across nearly all markets the athletic-gear maker serves, including a significant 30% climb in greater China where worries of an economic slowdown have raised concerns about a lull in spending.

Nike’s (NKE) shares hit an all-time in after-hours trading, after the company reported better-than-expected sales and profit growth for the first quarter of fiscal 2016, with revenue increasing 5% to $8.4 billion—or 14% excluding currency fluctuations.

“Fiscal 2016 is off to a great start,” said Nike CEO Mark Parker in a prepared statement announcing the results.

In North America, by far Nike’s largest market, overall sales increased 9%, boosted by the “athleisure” trend in which more Americans are wearing sporty fashion in both the gym and in their day-to-day lives. The trend has also bolstered sales at Under Armour (UA) and Lululemon (LULU), and has led retailers to carve out more space to stock athletic gear at department and specialty retail stores. Numerous competitors have sought to address the category more aggressively in the last few years.

What really stands out, however, is Nike’s performance in greater China, which includes Hong Kong and Macau. Sales there soared 30% to $886 million for the three-month period ending Aug. 31. Overall retail sales in the country have increased around 10% over the past three months, so Nike is running laps around its peers there. Ahead of the results, analysts had expressed concerns about China, though they’ve also approved of Nike’s efforts to close underperforming stores and reduce inventory. For all of 2015, Nike sales in China increased 18%, topping $3 billion.

The company projected future orders in greater China, which account for Nike-branded footwear and apparel scheduled for delivery from September through January, to climb 27%. Analysts surveyed by Consensus Metrix had forecast a 15.8% increase. Nike also sees future orders – which aren’t indicative of revenue growth but are a closely watched metric and important directionally – increasing across all global markets.