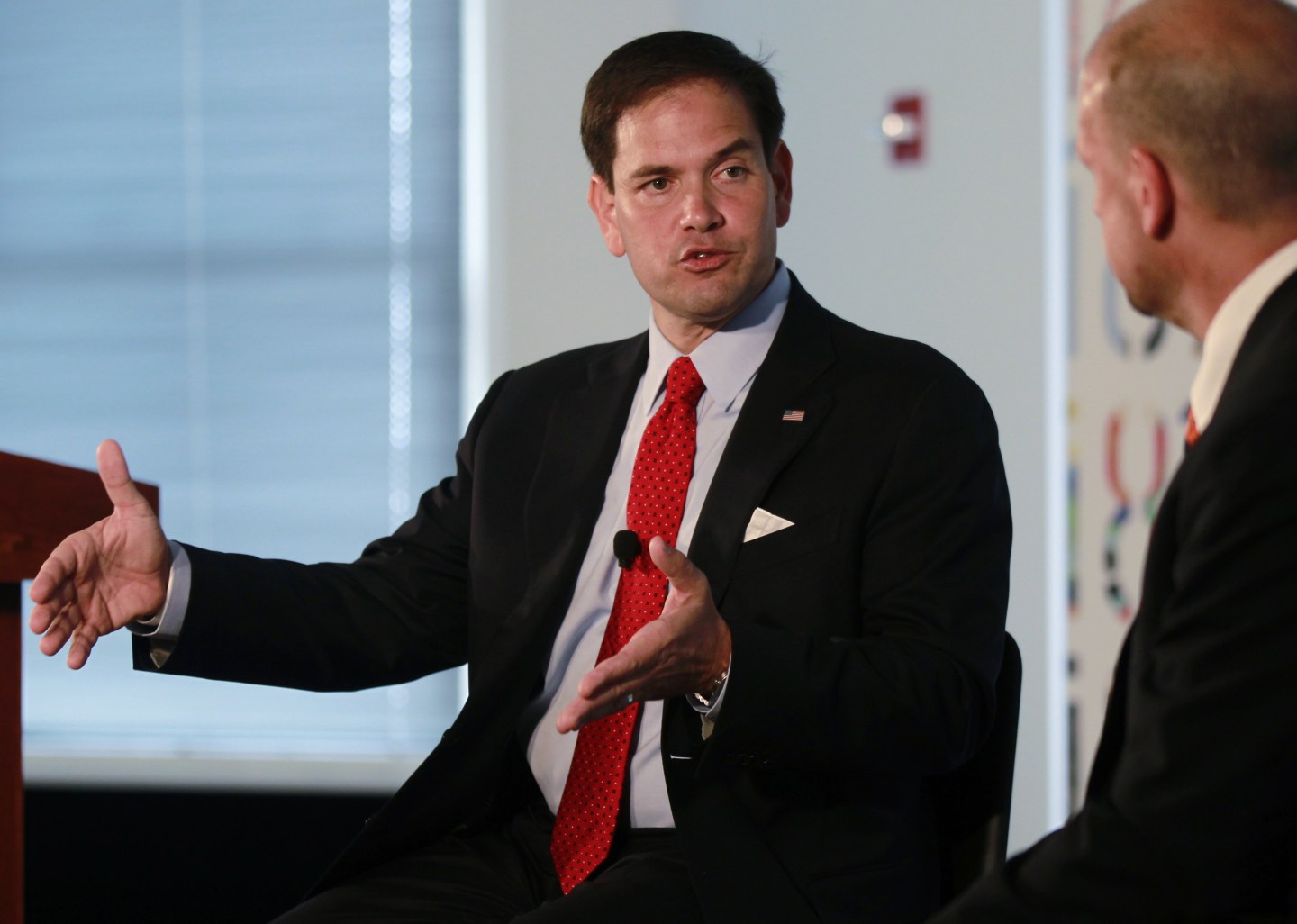 Until now, Senator Marco Rubio had avoided appeared to be avoiding mud-wrestling with Donald Trump in the race for the Republican presidential nomination.

But he seems to have changed his mind now.

After Trump called Rubio a “kid” and a “lightweight”, and criticized his lack of foreign policy experience, the Florida senator hit back in two separate public appearances, calling the real estate mogul “touchy” and “insecure”.

“He had a really bad debate performance last week. He’s not well informed on the issues. He really never talks about issues and can’t have more than a 10-second soundbite on any key issue,” Rubio told Kentucky-based WLAP radio. “I think he’s kind of been exposed a little bit over the last seven days and he’s a touchy and insecure guy. So that’s how he reacts and people can see through it.”

Kentucky has moved up its primary caucus to March from its usual May slot, giving it more importance for candidates looking to generate early momentum in the race for the nomination.

Rubio then went on Fox’s news show “The O’Reilly Factor” to mock what he saw as Trump’s own shallowness on foreign policy issues.

“He can’t have a conversation about policy because, quite frankly, he doesn’t know anything about policy,” said Rubio, who asserted that Trump’s “foreign policy apparently is a secret he can’t tell us because he doesn’t want to reveal it to the enemy.”