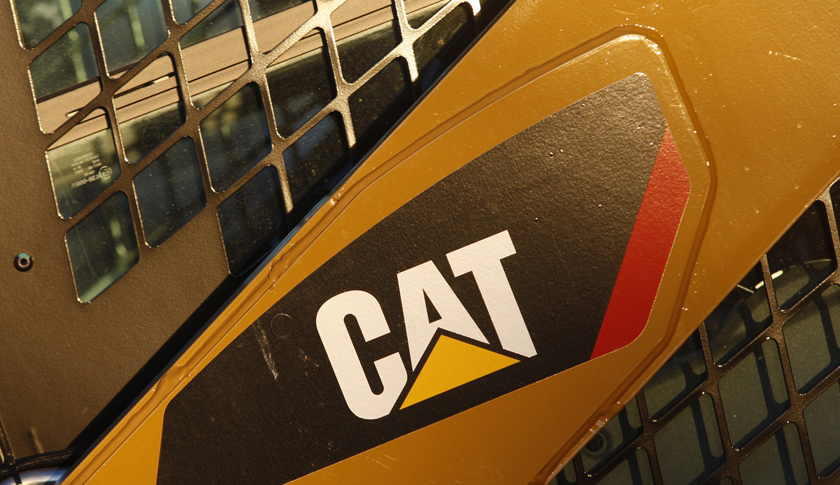 The CAT logo is seen on the side of a Caterpillar machine on a lot at Milton CAT in North Reading, Massachusetts January 23, 2013. Caterpillar, the world's largest maker of tractors and excavators, took a $580 million charge last week as a result of "accounting misconduct" at a unit of a Chinese mining equipment company it bought last year. REUTERS/Jessica Rinaldi (UNITED STATES - Tags: BUSINESS CONSTRUCTION LOGO) - RTR3CV5R
Photograph by Jessica Rinaldi — Reuters

Heavy-equipment manufacturer Caterpillar (CAT) announced Thursday that it will cut more than 10,000 jobs through 2018 at the same time that it lowered its expectations for revenue growth in 2015 and 2016.

Caterpillar’s woes are not new. If its revenue projections for 2015 are realized, they will mark the ninth quarter in the previous 12 in which revenue fell. The declines are being driven by weakness in the energy and mining businesses worldwide, and slowed growth in emerging markets like China and Brazil. Caterpillar is often seen as a global bellwether, since its equipment is used for activities like resource extraction and construction, which provide the engine for economic growth, especially in emerging markets.

Back in January, I wrote about why Caterpillar lowering its guidance spelled trouble for the global economy. Months later, we saw China’s economy slow sharply while its stock market crashed, while another one-time rising star, Brazil, entered a recession. The latest news from Caterpillar does not offer any reason to believe that the emerging economic world will recover any time soon.

Not only is Caterpillar’s revenue shrinking, but the situation appears to be getting worse, as you can see from the revenue-growth figures above. No company has their ear to the ground when it comes to emerging markets like Caterpillar, and if it is expecting its revenue to fall in the next 16 months, that doesn’t bode well for capital investment in emerging economies.

This information dovetails with worries that economist David Levy has been voicing over the global economy. He argues that the key to spotting recessions is looking at overall global investment. As investment rises, so will profits and growth. When investments are falling, a recession isn’t that far around the corner. As you can see from the following chart, the growth in global capital investment has been coming from the emerging economic world, not developed economies.

Caterpillar’s projections suggest that the emerging world isn’t going to reverse this trend anytime soon. And as Levy has written:

[Developed market] investment isn’t providing much lift either. Cyclically, investment is mature in the United States; there is no great pent-up demand, no prohibitively high interest rates to be slashed, and no prospect that an economic acceleration will enhance business expectations overnight. The euro area might arguably have some pent-up demand after two recessions in seven years, but growth prospects remain severely limited, and euro banks remain largely zombies with little appetite for risk.

If Caterpillar is the canary in the global economy’s coal mine, it might be time to head for the exits.