All of these presidential candidates have admitted smoking marijuana 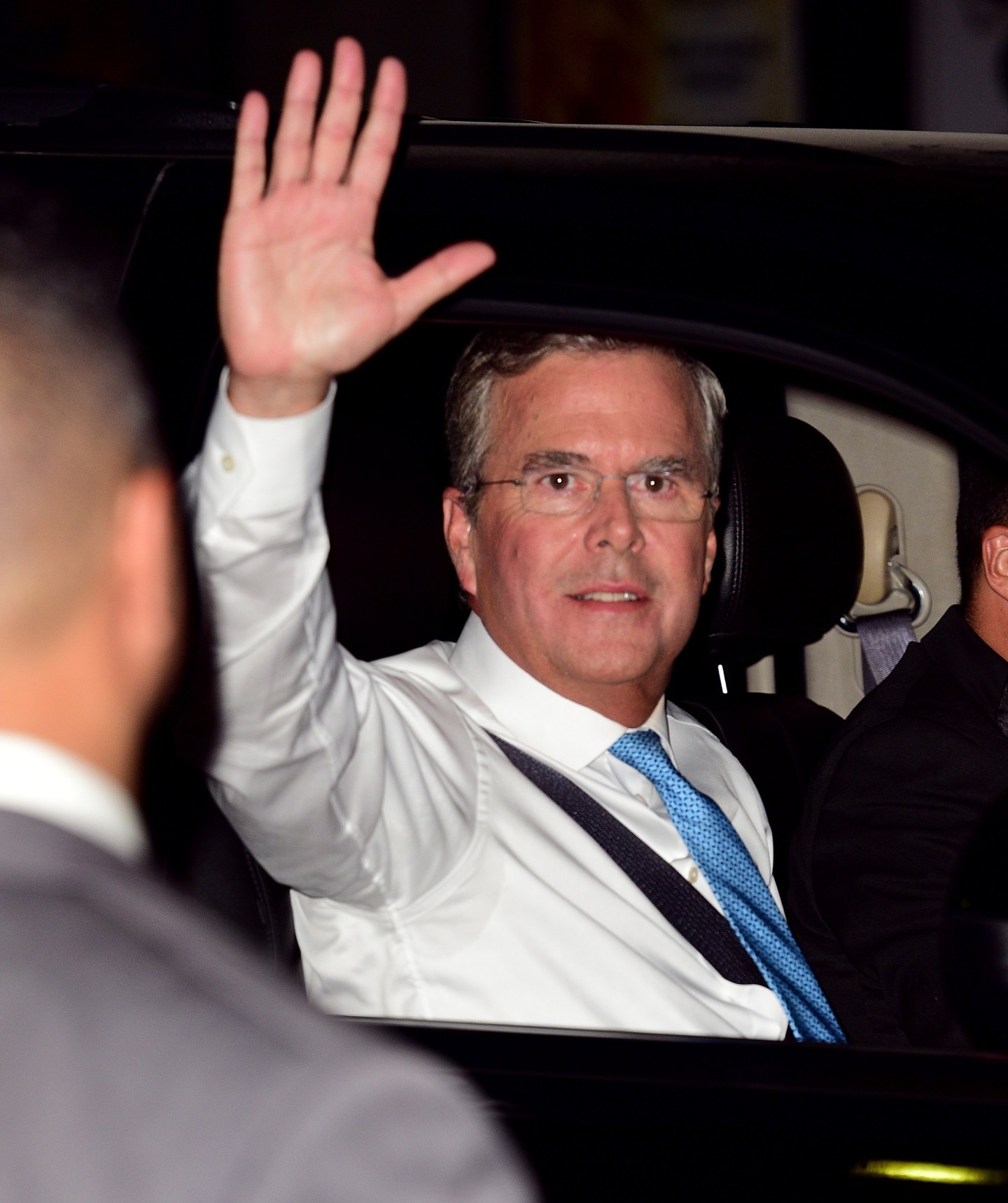 Raise your hand if you smoked pot 40 years ago!
Photograph by James Devaney — Getty Images

One of the lighter moments of Wednesday’s epic slog of a Republican presidential primary debate came when former Florida governor Jeb Bush joked that his mother, the former first lady, would not be happy that he admitted having smoked marijuana “40 years ago.”

The line got a fair amount of laughs from the audience, but it also came amid a broader debate among the candidates over federal drug laws. Defending marijuana legalization, Sen. Rand Paul asserted that “kids who had privilege like [Bush]” are often given a pass when it comes to admitting past drug use, whereas people from poorer backgrounds — often minorities — are more likely to go to prison for using marijuana.

Paul is easily the most marijuana-friendly candidate in the Republican field, though he has famously declined to offer a straight answer as to whether or not he’s ever used the drug himself. The rest of the candidates are divided when it comes to their stances on marijuana legalization, with Bush saying that it is an issue that should be decided on a state level while others, like Carly Fiorina and New Jersey governor Chris Christie, argued that federal laws banning marijuana should be enforced in every state.

So far, 23 states have legalized medical marijuana to some degree, while recreational pot is also legal in four states — Alaska, Colorado, Oregon, and Washington — and the District of Columbia. Several more states are expected to add marijuana legalization to their ballots in next year’s elections, which means the market for legal marijuana could soon explode, as cannabis industry research firm The ArcView Group predicts the legal pot market could reach nearly $11 billion in annual revenue by 2019. Recently, Colorado reported that it made more money in the last fiscal year on tax revenues from marijuana sales than on revenue from alcohol taxes.

We’ll start with the obvious. Jeb Bush’s public admission last night actually wasn’t the first time he’s admitted to having smoked marijuana. Earlier this year, Bush told the Boston Globe that he used the drug in the 1960s while attending the prestigious Phillips Academy boarding school in Andover, Mass.

Bush told the Globe: “I drank alcohol and I smoked marijuana when I was at Andover. It was pretty common.”

It’s interesting that Bush took all of the pot-smoking heat last night despite the fact that Cruz has also admitted to having used the drug when he was younger. Earlier this year, Cruz’s campaign confirmed that he “foolishly experimented with marijuana” as a teenager, with the Texas senator calling it “a mistake.”

Shocking nobody, the uber-liberal Vermont senator freely admitted that he was one of the many young people who used the drug in the late 1960s. “My hair was long, but not long for the times. I smoked marijuana, but was never part of the drug culture. That wasn’t me,” he told New York magazine last year. Sanders has said that he supports the federal decriminalization of marijuana as well as the legalization of medical marijuana.

The former senator and governor from Rhode Island is one of the lesser-known candidates on the Democratic side, but he has been one of the most open when it comes to admitting past drug use, telling the New Republic in 2001 that, while in college, he used marijuana and cocaine “several times.”

The former New York governor reportedly admitted to using marijuana in his youth, according to the New York Times.

The ultra-conservative former U.S. Senator from Pennsylvania has admitted that he smoked pot in college. “It was something that I’m not proud of, but I did,” Santorum said in 2011, adding of the experience: “It was not all it’s made up to be.”

The most recent President Bush, “W” dodged questions about past drug use while campaigning, later claiming that he didn’t want to influence children with his own past decisions.

Our current president has been very open about the marijuana habit of his teen years, remarking in interviews: “I inhaled frequently. That was the point.”

Obama’s inhalation joke was a callback to Clinton famously admitting that he’d tried marijuana, but famously denying that he’d actually inhaled the smoke. (For what it’s worth, Democratic presidential candidate Hillary Clinton says she didn’t even go that far.)

Gore actually paved the way for Bill Clinton by admitting during the 1988 presidential campaign that he had smoked marijuana several times, though he later claimed his use of the drug was “infrequent and rare.”

Another Democratic contender for the 1988 election, the former Arizona governor also admitted past marijuana use around the same time Gore did. Their admissions came after Douglas Ginsburg withdrew his name as a nominee for the U.S. Supreme Court over his own admission that he’d smoked pot. While it’s unclear who was the first U.S. presidential candidate to admit using marijuana, the 1988 campaign appears to be the first where the issue was regularly brought up with candidates, more and more of whom were coming from a baby boomer generation that had experimented more with marijuana than is predecessors.

In the late 1980s, long before he actually ran for president, former Speaker of the U.S. House of Representatives admitted that he’d smoked pot while he was in graduate school.

In 2003, Kerry was one of multiple Democratic presidential primary candidates who admitted to having smoked marijuana in their younger days.

Ditto for Edwards, who was also part of the 2003 debate and copped to smoking pot.