In the solar industry, it’s a scramble to the top 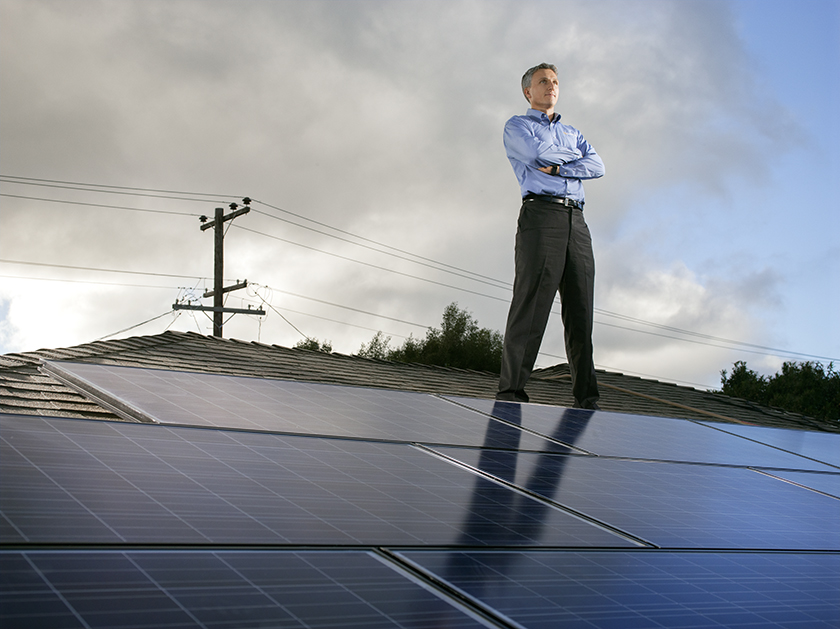 More solar panels have been ­mounted on the roofs of American homes this year than ever before. The technology was once seen as an expensive niche option for the tree-hugging, Prius-driving set. No longer. Today solar panels are affordable, mainstream energy sources—in other words, boring. What’s not: the impact of that shift on the companies that make, install, and maintain them.

Lyndon Rive, CEO of the dominant U.S. solar installer SolarCity, likens the trajectory of solar panels to the development of computers over the past 20 years. Decades ago business computers were made by a variety of small companies. Today the PC industry has consolidated around big names like HP (HPQ), Dell, Lenovo, and Apple (AAPL). The same trend is afoot for the companies that are installing and financing solar panels. A handful of companies—Solar­City, SunEdison (SUNE), and Sunrun among them—have been scooping up smaller firms in their quest to survive in a market where scale is everything.

“Consolidation is good. It means the industry is maturing,” says Rive, who is the cousin of Tesla Motors (TSLA) and SpaceX CEO (and SolarCity chairman) Elon Musk. In the past two years SolarCity has acquired at least five companies to help it lower costs, boost sales, and move into new areas.

In recent years there has been a steady increase in solar-industry M&A activity across the globe. According to Bloomberg New Energy Finance, there was $3.65 billion in solar M&A in 2012, $4.44 billion in 2013, and $4.71 billion last year.

Consolidation is a boon for those involved in the dealmaking, but it only underscores the importance of not ending up at the bottom of the heap. The competition is so stiff, in fact, that solar companies pushing commoditized panels find themselves battling it out in a surprising place in the organization: sales. The sale of solar panels to homeowners can be tricky and calls for a substantial educational process, leaving solar companies to slug it out over who can best identify and acquire new customers.

That fight, in turn, is driving some M&A activity. This summer SunEdison bought the second-largest solar installer, Vivint Solar, for $2.2 billion. A big reason? Vivint’s door-to-door sales force. The company was founded by a former Mormon missionary who turned his experience knocking on doors into a sound business strategy.

Not every company’s sales process is so human. Some solar businesses are turning to data-analytics software to refine the way they find, filter, approach, and market to customers. It’s one reason SolarCity spent $120 million two years ago to buy Paramount Solar, a marketing and sales specialist. Others are using data-driven software to drive out cost and complexity in the installation process.

For Rive, every little bit helps in his company’s quest to stay on top. “There’s no silver bullet,” he says. “I wish there was.”

A version of this article appears in the September 15, 2015 issue of Fortune magazine.