Obama to China: Stop hacking U.S. companies, or else 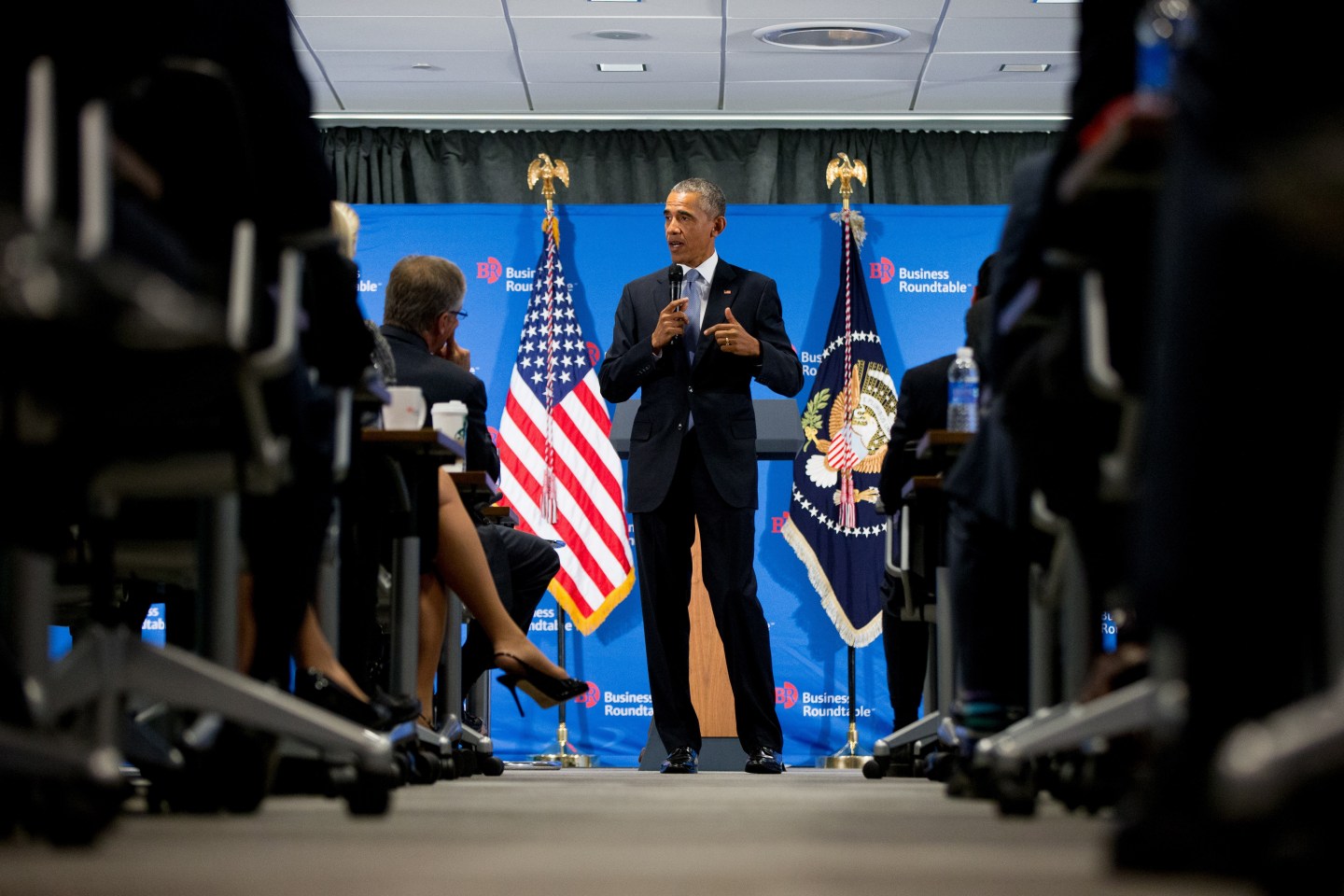 President Barack Obama speaks to business leaders at the quarterly meeting of the Business Roundtable in Washington, Wednesday, Sept. 16, 2015, to renew his calls for increased spending in infrastructure, education and scientific research. (AP Photo/Andrew Harnik)
Photograph by Andrew Harnik — AP

President Obama delivered a blunt warning on cyber-spying to Chinese President Xi Jinping ahead of his first state visit to Washington next week.

Calling the issue a top priority for that meeting, Obama on Wednesday said his administration views Chinese attempts to steal American trade secrets “an act of aggression” that will strain the relationship between the two superpowers. “We are prepared to take some countervailing actions in order to get their attention,” if the regime’s snooping continues, Obama told a group of top CEOs at the Business Roundtable in Washington.

The Obama administration has said it is considering targeted sanctions against Chinese perpetrators of cyber attacks on American companies. And though the White House recently suggested those moves were imminent, it now looks as though the administration will postpone action until after Xi’s visit.

Obama drew a bright line between traditional espionage — those attempts by countries to dig out intelligence on rival governments’ deliberations, a practice in which he acknowledged the U.S. engages — and efforts by the Chinese to rip off the intellectual property of U.S. firms.

He said his administration is trying to forge a framework agreement with the Chinese along the lines of a nuclear nonproliferation pact to curb economic cybertheft, aiming then to draw in other nations. Obama conceded that project will likely outlast his presidency. But he also put state sponsors of industrial espionage on notice, suggesting the U.S. could inflict serious damage if it is provoked to respond in kind: “Frankly although the Chinese and Russians are close, we’re still the best at this. And if we want to go on offense, a whole bunch of countries would have some significant problems, and we don’t want to see the Internet weaponized in that way,” Obama told the CEOs.

China is suspected of engineering a major ramp-up in its hacking of U.S government and commercial targets this year. The FBI estimates that cybertheft has surged 53 percent in 2015, with China likely the lead culprit. In addition to a massive breach of government personnel records, authorities believe Chinese sources have remotely lifted everything from nuclear power plant designs to software source code.