Mercedes could build a driverless Uber 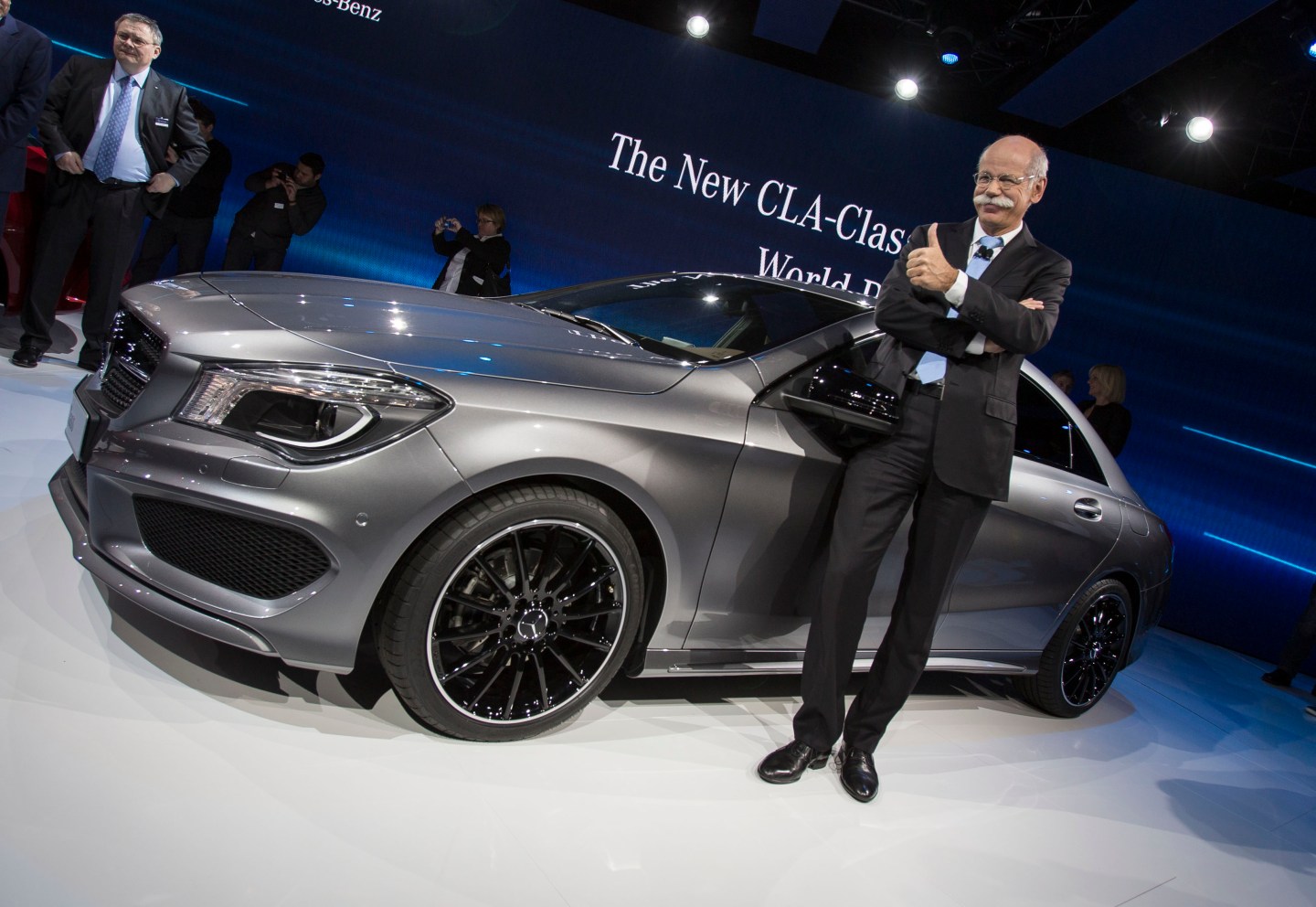 Mercedes Chairman of the Board Dr. Dieter Zetsche poses for a photo at the launch of the company's CLA class car on the eve of the 2013 North American International Auto Show in Detroit, Michigan, January 13, 2013. AFP PHOTO / Geoff ROBINS (Photo credit should read GEOFF ROBINS/AFP/Getty Images)
GEOFF ROBINS/AFP—Getty Images

The race is on for automakers looking to develop a marketable driverless car, but Mercedes-Benz is now considering taking that technology a step further to compete with companies like Uber.

The German automaker, which is owned by Daimler (DAI), is mulling over the idea of developing an on-demand limousine service that uses autonomous cars, Daimler CEO Dieter Zetsche told Reuters this week. Building an extensive fleet of autonomous vehicles that could reach a new customer segment — one that is more interested in on-demand transportation than actually owning a vehicle represents “a concrete development goal of ours,” Zetsche told Reuters.

For Uber, Zetsche’s words likely sound like a challenge, as the ride-hailing service has been reportedly testing self-driving car technology for some time in an effort to eliminate one of its biggest costs: it’s legion of drivers. (Uber could also sidestep the startup’s ongoing legal battle over whether it can consider those drivers to be independent contractors, rather than employees who require benefits.) In May, Uber was also reported to be testing “mapping, safety and autonomy systems” as part of its plan to automate its users’ rides and the startup even poached 40 researchers and scientists from Carnegie Mellon University to build its own research center for autonomous vehicles.

Uber would seem to have the leg up on rival ride-hailing services due to the widespread use of its platform, but Daimler does already have its own car-sharing service, as well. That service, called car2go, lets users rent nearby Daimler-owned cars from a smartphone app. Earlier this summer, Daimler teamed up with fellow German carmakers Audi and BMW to acquire Nokia’s mapping unit, HERE, a deal that followed Daimler’s earlier purchase of taxi-hailing app MyTaxi. (BMW also operates a rival car-sharing service, called DriveNow.)

Google’s (GOOG) work to develop self-driving cars has received a lot of attention in recent years, but automakers such as Audi (NSU), Ford (F) and Tesla (TSLA) have all entered the race to develop autonomous vehicles. Google has said it plans to have its self-driving car on the market by 2020.