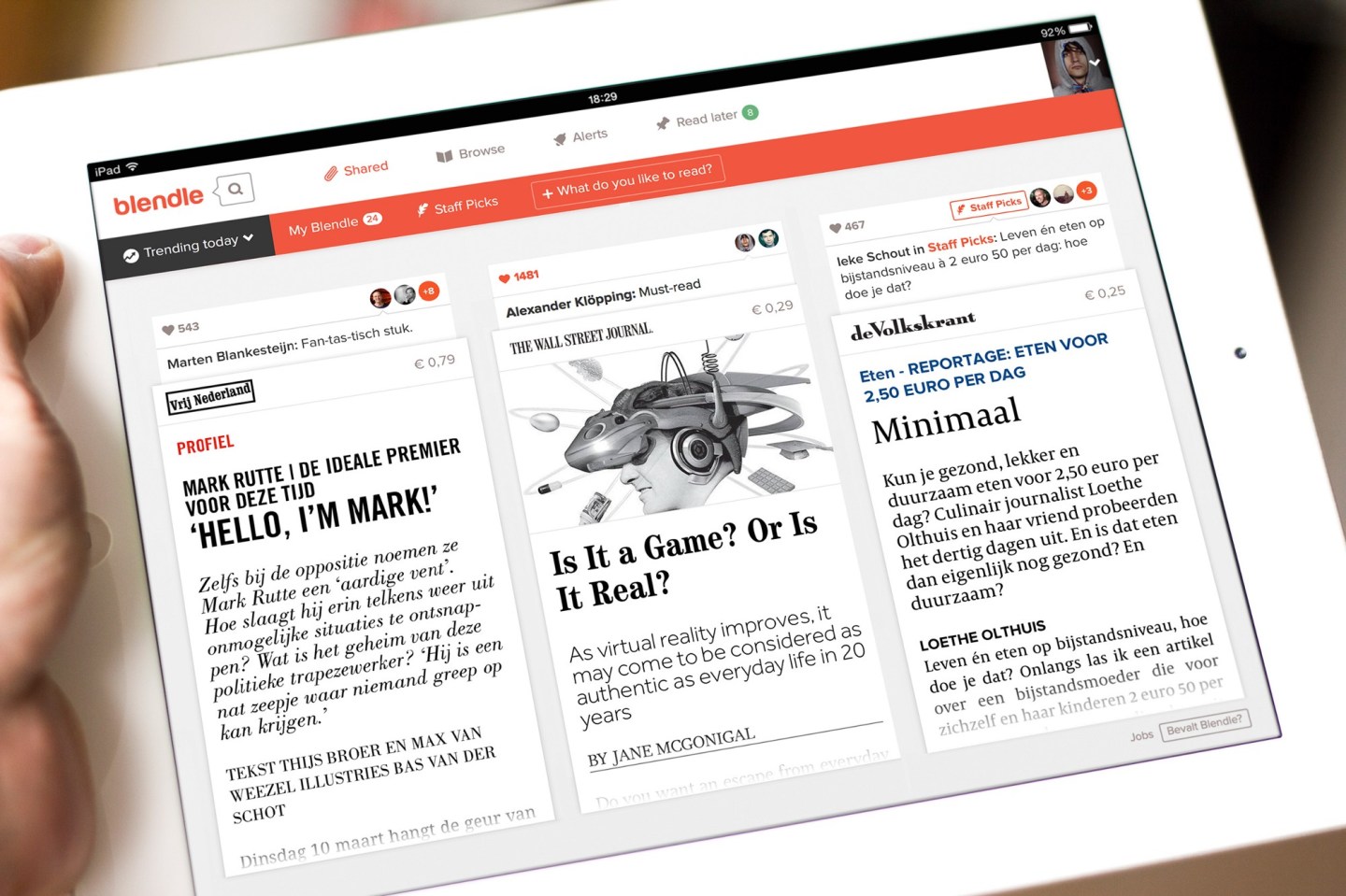 Ever since Apple launched iTunes, the media industry has been hoping for something similar that would allow readers to buy individual news stories, instead of having to subscribe to a one-size-fits-all paywall. The closest thing to such a service is probably Blendle, a Dutch startup that gives readers access to content from dozens of newspapers, as well as selected stories from English sources like the Economist, the New York Times and the Wall Street Journal.

On Monday, the company announced that it is expanding into Germany, and co-founder Alexander Klopping says he has his eye on the American market, too.

Fans of the model are encouraged by Blendle’s track record in its home market: The company says that it has 250,000 users, and almost every newspaper and magazine in the Netherlands has partnered with it to offer content. The average article costs 20 cents (media outlets can set their own price) and the revenue is split 70-30, with the content provider taking the largest share. Readers also seem to like the fact that Blendle offers a “money back guarantee”—if a reader isn’t satisfied after paying for a piece, they get a refund.

The German launch isn’t just an exploratory move for Blendle— more than a hundred media outlets are involved, including virtually all of the country’s major newspapers and magazines. That kind of adoption is impressive, but isn’t really that surprising, considering German media giant Axel Springer is an investor. Blendle is also offering access to the New York Times and Economist, and says it will soon add stories from a number of Conde Nast magazines such as Wired, GQ, and Vogue.

In addition to experimenting with offering some of their news stories through Blendle, the New York Times is also an investor. It bought a small stake last year, as part of the $3.8-million funding round that included Axel Springer. Blendle is using some of those funds for its German expansion, and Klopping told the Nieman Journalism Lab that he hopes to eventually bring its micro-paywall approach to the U.S. But can the company duplicate the kind of success it has had in the Netherlands?

One of the things that makes this question difficult to answer is that European media markets like Germany and the Netherlands are somewhat different from the U.S. For one thing, most major magazines and newspapers have been slow to move to digital, and many of them have hard paywalls—so readers could be more accustomed to paying for content, and there are also fewer sources of free content.

This paywall approach is buttressed by the fact that most European markets also have a language barrier—a barrier that arguably reduces the number of potential competitors—and therefore makes it more likely that readers will pay. In the U.S., by contrast, paywalls are still not ubiquitous (although they have increased in number over the past few years) and there are an almost infinite number of competing outlets and aggregators, none of which have paywalls.

When I talked with Klopping earlier this year at the International Journalism Festival in Italy, he agreed that the U.S. market would be very different, but believed that Blendle would still be able to offer something a significant number of readers would be interested in. And there are probably hundreds of American media outlets who are hoping he is right. But whether the “iTunes for news” idea can actually make the transition to the U.S. market remains to be seen.