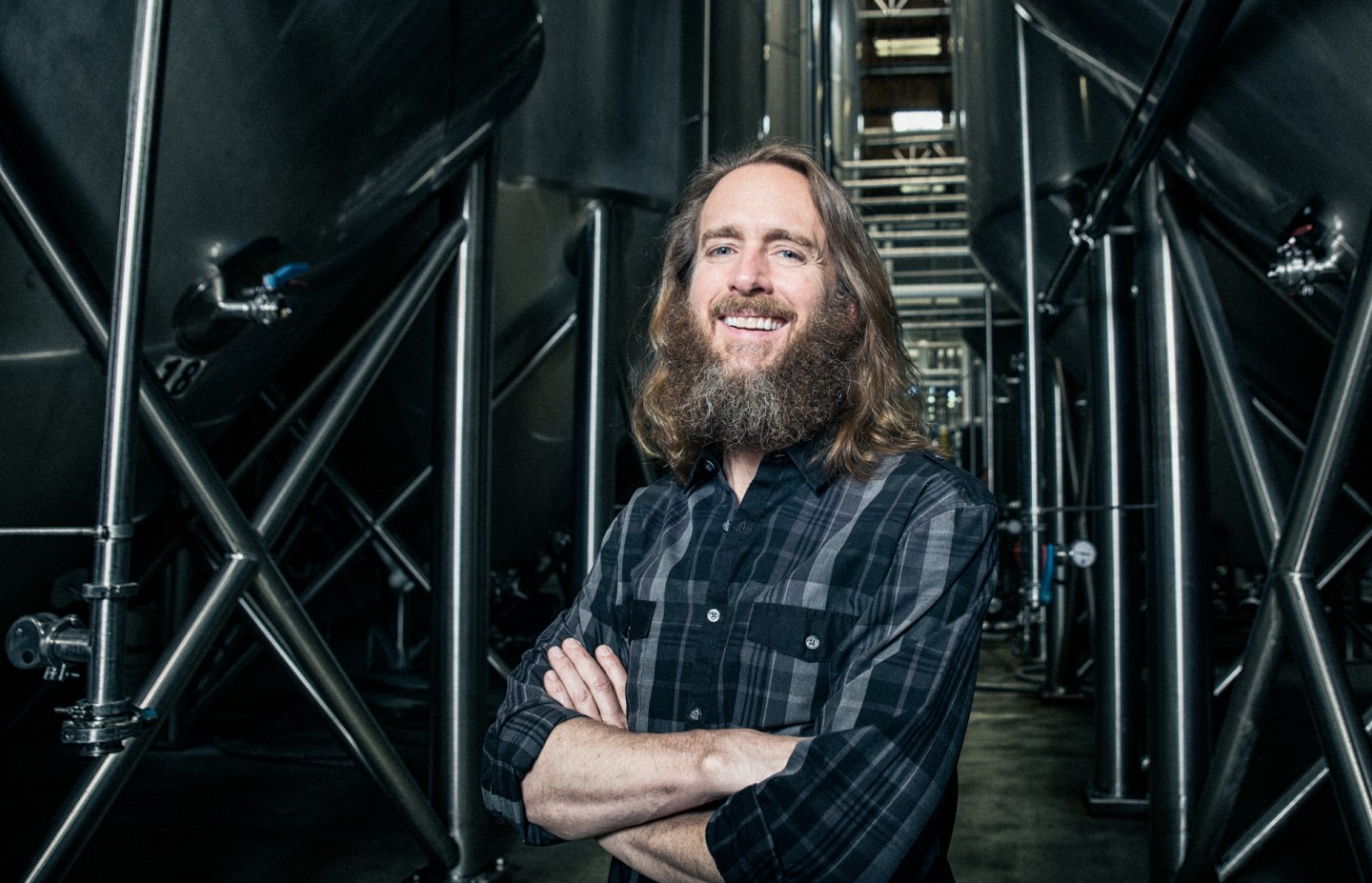 Koch says he will assume the duties of executive chairman, focusing on long-term strategic planning for the company, handing off day to day operational responsibilities once a successor is in place. The company has begun the search for the new CEO, but says there is no set time frame to find a candidate.

“It has been gravitating in that direction,” Koch, who co-founded the brewery in 1996 with Steve Wagner, told Fortune. “It’s just the nature of the development curve of Stone Brewing. I can do a pretty good job … but am I doing the best possible job in the role of CEO that can ever be done? I think we owe it to ourselves to look for a really incredible, strong addition to our team.”

Stone Brewing is the ninth-largest craft brewer in the country, with over 1,100 employees and annual revenues of more than $137 million. Last year, it expanded its production operations beyond the U.S., announcing plans to open a $25 million facility in Germany.

The company is best known for its hop-intense pale ales, such as Ruination and the “Enjoy By” line, which encourages holders to consume the beer by a certain date for maximum freshness. It enjoys success with several other beer styles as well.

Koch will continue to oversee development of that facility as well as a recently announced expansion into Richmond, VA. And he says despite the shift in titles, he doesn’t expect an immediate dramatic shifts in his activities.

“My tomorrow is going to look functionally the same as my yesterday,” he says. “I think this is a long winded way of saying I may finally be able to take a Tuesday afternoon off.”

The announcement comes after a week full of shakeups in the craft beer world. On Tuesday, Lagunitas, another big California brewer, announced it had sold a 50% stake in the company to Germany’s Heineken, in a move to greatly boost its distribution. Two days later, MillerCoors added Saint Archer Brewing to its Tenth and Blake “craft” division. And a week ago, Virtue Cider sold a majority stake to Goose Island Beer Co., a holding of Anheuser-Busch InBev.

So while a high profile executive shuffle at Stone could worry craft enthusiasts, Koch is quick to squash any speculation that the company could be positioning itself for a sale or equity investor.

“This move signals nothing in that regard,” he says. “Stone Brewing will never sell out. Stone Brewing is sacrosanct. We’re not interested in participating in a cash grab. There are two ways of operating a business – commodity or artisan. We operate as an artisan. We make decisions based on our passions. … Anybody that thinks commodity can operate as an artesian is ignoring the basic facts about how businesses operate.”