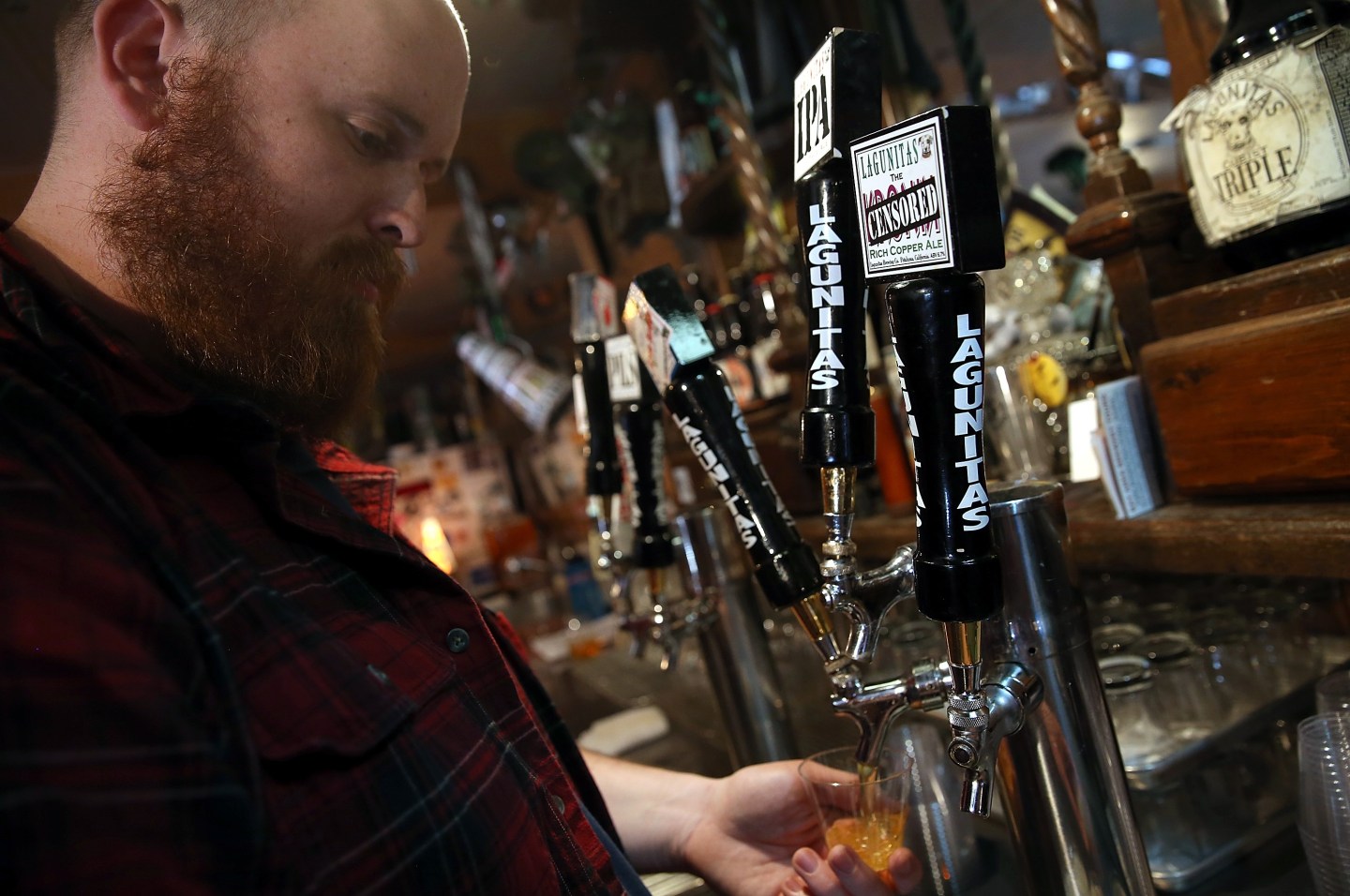 Founded in 1993, California-based Lagunitas has grown into a national brand in the U.S. and has also expanded into several markets abroad, including the United Kingdom and Canada. It’s the sixth-largest craft brewer in the U.S., according to trade group the Brewers Association, and it operates two breweries and is currently building a third to help fuel the brand’s growth.

Lagunitas shipped almost 600,000 barrels in 2014, soaring from just over 100,000 in 2010, according to industry tracker Beer Marketer’s Insights. The market share within craft has grown from 1% to over 3% over that period within the U.S. Heineken’s beer volume growth, like other big brewers, is far slower, rising 3.6% in the Americas in the first half of 2015.

“Just looking at volume growth within craft, Lagunitas has been ‘the story’ of the last five years,” says Chris Shepard, assistant editor at Beer Marketer’s Insights. Lagunitas is aiming for over 800,000 barrels this year, the industry watcher reports. Much of its growth has been fueled by the brewer’s IPA, along with a strong performance from its “A Little Sumpin’ Sumpin’” brand.

The financial terms of the deal, which is expected to close in the fourth quarter, weren’t disclosed.

The Heineken-Lagunitas link-up is part of a broader trend of the world’s biggest brewers scooping up full or controlling stakes in craft beer rivals. Though those rivals are tiny in comparison when it comes to volume and marketing heft, they are greatly outperforming the overall industry’s performance. Today, one out of every 10 beers sold in the U.S. is a craft beer – with volume increasing 18% in 2014 alone. Anheuser-Busch (BUD), the world’s largest beer company, has inked several notable deals of its own, buying Seattle-based Elysian Brewing and Oregon-based 10 Barrel.

The deal with Heineken also means that Lagunitas will no longer be considered a “craft brewer.” Craft brewers must be less than 25% owned or controlled by a larger brewer, according to the guidelines set by the Brewers Association. Heineken’s planned ownership stake is clearly well above that threshold.

Heineken CEO Jean-François van Boxmeer and Lagunitas founder Tony Magee said in prepared statements that the deal would help Lagunitas build its brand globally, reaching parts of the world that other U.S. craft brands haven’t yet tapped. That’s been a trend lately from U.S. brewers. Last year, California-based Stone Brewing generated headlines when it announced it would open a brewery in Germany.

Magee intends to continue to run Lagunitas and said the same leadership, staff, and brewers will remain at the company.

“This venture will create a way for Lagunitas to help Heineken’s global distribution network participate in the growing craft beer category,” Magee said in a press release. “This alliance with the world’s most international brewer represents a profound victory for American craft. It will open doors that had previously been shut and bring the U.S. craft beer vibe to communities all over the world.”