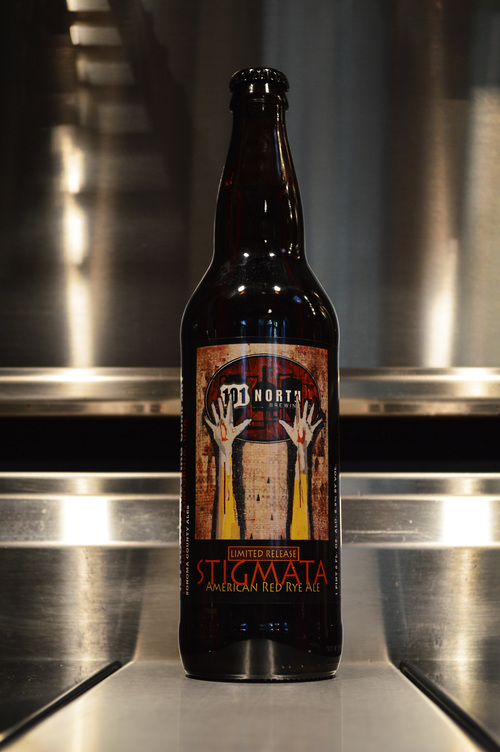 The holy trinity of craft beer states is a pretty easy one to call: Oregon, Colorado and California have led the charge for years. But as the Golden State enters its fifth year of drought conditions, with little sign of change on the horizon, some beer lovers are wondering if California brewers will be able to maintain their position of dominance.

There are some reasons to worry. Last November, Bear Republic Brewing, located in Cloverdale, which has been particularly hard hit, announced it was pulling out of the Massachusetts market directly because of the drought. On June 1, it will no longer sell beer in Texas. In fact, over the past two years, the company says it has pulled out of 26 markets – as it tries to keep up with local demand. Bear Republic is one of the higher profile breweries to be impacted by the drought so far. Other craft beer kings say though they’ve been able to avoid significant cutbacks so far, they’re keeping a cautious eye on the situation.

“Right now, we haven’t seen a direct impact,” says Tim Suydam, senior water reclamation manager for Escondido-based Stone Brewing Co. “We’re working to implement additional water conservation measures, though, because we think in the future there might be an impact. … If it’s dry this year, then I’m going to start to get really frightened.”

Up in Paso Robles, Adam Firestone of the Firestone Walker Brewing Co. says efficiency advances in the brewing process – and a forward-looking vision by the municipality the company calls home – has kept the impact of the drought at bay. However, he notes, as statewide water restrictions begin to roll out, that could have an impact.

“You have to contend with the extremes,” he says. “This is a large state – and rules that come out of Sacramento are ‘one size fits all’. Even though a brewery may have a perfectly adequate supply, you are subject, potentially, to whatever creativity comes out of Sacramento … so that side of it certainly makes us nervous.”

Craft beer is big business in California. The industry contributed $6.5 billion to the state economy last year, according to the California Craft Brewers Association, and employs more than 48,000 people. As of March, 2015, there were 554 breweries operating in the state. Location is certainly the biggest factor on how much a brewery is impacted by the drought. Local demand factors in as well. But how a brewery makes its beer can also have a big difference.

Smaller brewers are often at a disadvantage, using as much as eight gallons of water for every gallon of beer (with the water being lost to steam or in rinse water). Larger breweries have learned to be more efficient. Firestone says his average is now 4.7 gallons – and he hopes to lower that to 4.3 before the end of the year. Suydam says Stone is in the same general range.

If there’s one upside to the drought situation, it’s that mandatory state water restrictions have so far been focused more on residential users, with a focus on lawns. That can impact some breweries (like Sierra Nevada, which replaced the grass at its outdoor tasting area with landscaping that doesn’t require water), but generally didn’t affect day to day business operations. Brewers aren’t sure they’ll be quite so lucky should there be another round, though. “We, like the rest of the industry, are acutely aware of what’s going on,” says Firestone. “We’re at a threshold point.”

Still, California continues to produce some incredible beers. We’ve talked about several in previous columns, but here are a few more with your time.

North Coast Brewing’s Le Merle – The Belgian yeast in this Saison hits you from the first sip, with strong citrus and clove notes. It’s a very crisp farmhouse ale with high carbonation – almost champagne-like – and has a wonderfully clean finish. It has a remarkably high ABV for a Saison, but you’d never know that as you drink it. (ABV: 7.9%)

101 North Stigmata American Red Rye Ale – An incredibly layered beer. You’re hit with the rye up front, but that quickly segues into a caramel sweetness. From there, the bitterness of the ale has its moment in the spotlight, before finishing once again with a hint of rye. It’s something that shouldn’t work as well as it does, but it leaves you wanting more. (ABV: 6.9%)

Figueroa Mountain Lizard’s Mouth IPA – California IPAs tend to be loaded with hops favoring citrus and pine flavors. Lizard’s Mouth, though, leans more to the floral side of the spectrum. There’s virtually no bitterness, which is shocking given the amount of hops used in the beer. Fruit notes lean more towards cantaloupe and perhaps a hint of pineapple. (ABV: 9.2%)

Stone Ruination IPA – The hops in this palate-buster punch you in the mouth with your first sip of this over-the-top IPA. Stone gleefully crows about the bitterness and the overwhelming hoppiness on the bottle and they’re not exaggerating. If you adore hops, this is your nirvana. If you’re a fan of IPAs looking for something stronger, you might want to work up to this, as the bitterness lingers long after you’ve put down the glass. (ABV: 8.2%)

Bear Republic Racer 5 – Hoppy and full-bodied, this IPA has a big citrus taste (with an emphasis on tangerine and grapefruit). That’s balanced with a nice malty caramel. It’s a wonderfully thick beer that goes down incredibly smooth – with no bitter finish. Racer 5 has been building a reputation for a while now and, assuming the drought doesn’t further impact the brewer, could be poised to be the next IPA sensation. (ABV: 7.5%)