Inside the first ever ‘Podcast Upfront’ 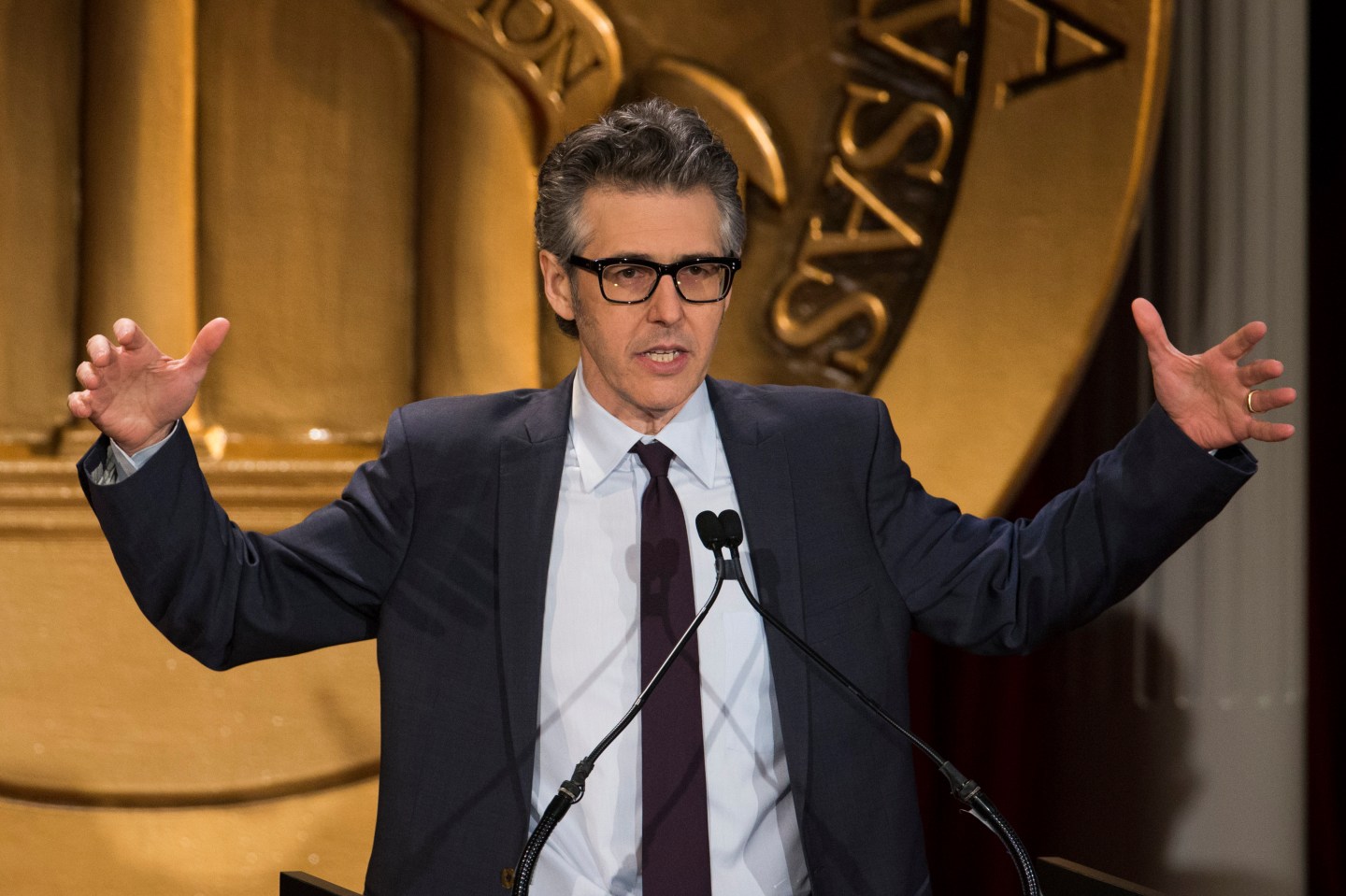 Host and journalist Ira Glass speaks while introducing the Peabody Awards in New York May 19, 2014. The Peabody Awards are awarded annually by the University of Georgia to recognize achievement and meritorious public service in television, radio, and on the internet. REUTERS/Lucas Jackson (UNITED STATES - Tags: MEDIA ENTERTAINMENT) - RTR3PWLI
Photograph by Lucas Jackson — Reuters

You could almost guarantee that Serial, the popular true crime podcast, would be mentioned early and often at an event focused on podcasts. So it went Thursday at the at the Interactive Advertising Bureau’s first ever Podcast Upfront, an advertising extravaganza for the emerging podcast industry.

Serial is largely responsible for a recent wave of interest in digital audio storytelling. With more than 100 million downloads, it is one of the biggest and most impactful things to happen to its cottage industry.

As Mark McCrery, CEO of Podtrac, the company that sells ads for Serial, said on stage, “Serial has reset the bar for how big podcasting can be.”

With the bar reset, podcasting is moving into the big time. Or trying to, at least. Depending on whom you ask the $17 billion spent annually on radio advertising is up for grabs. On the music side, Pandora, Spotify and other streaming services are eating up billions in ad spending. And now, on the talk side, we have podcasting, which is admittedly measly.

One report published before the Serial phenomenon predicted just $34 million in spending on podcast ads in 2016.

But beyond that, it was not like other Upfront events. TV networks have thrown Upfront schmooze-fests since 1948 with the goal of dazzling advertisers with stars, booze, and a new slate of TV shows. Recently, digital media outlets joined in by throwing their own “Newfront” parties, even though it makes no logistical sense to sell digital ads a year in advance.

Like podcasting itself, the Podcast Upfront was far more modest than the glitzy Midtown affairs thrown by TV networks. For one, playing an audio clip for an audience doesn’t quite have the same “wow” factor as a slick sizzle reel. Neither the audience nor the presenter knows where to look. And two, even though podcasting has attracted and created many stars, from radio personality Ira Glass and comedian Marc Maron to actor Alec Baldwin and reality show star Snooki, they weren’t there rubbing elbows with the ad execs.

A small room filled with around 75 executives watched as representatives from companies like Podtrac, Midroll, and AdLarge bragged about the benefits of advertising on their shows. The average podcast listener has likely never heard of these companies, even though they represent some of the most popular podcasts.

They made a compelling case: Podcast listeners are loyal and passionate. They’re highly educated and have disposable income. McCrery argued they’re more effective than video and display ads, which may be true because most of the ad formats aren’t 30-second radio ads. Rather, they’re endorsements read by the podcast’s hosts, making them inherently more compelling and valuable.

At one point, Farnoosh Torabi, the host of a popular personal finance podcast called So Money, concluded, as if it had just occurred to her, “Plain and simple, advertisers should get on board.” Her interviewer, AdLarge CEO Cathy Csukas, followed it up with a hard sell. “It’s an exciting time and important to get in now before it gets even more crowded,” she warned.

But podcasters won’t take any ad they can get. In a potentially awkward moment, Leo Laporte, a podcasting pioneer who runs TWiT.tv, a network of technology-focused video and podcast shows, said he he turns down a lot of advertisers that want spots on his show. “Sorry guys,” he said after the audience emitted an audible grimace. Anyone who advertises on his show “has to be someone I consider worthy of our audience,” he explained. “These are hardcore endorsement deals.”