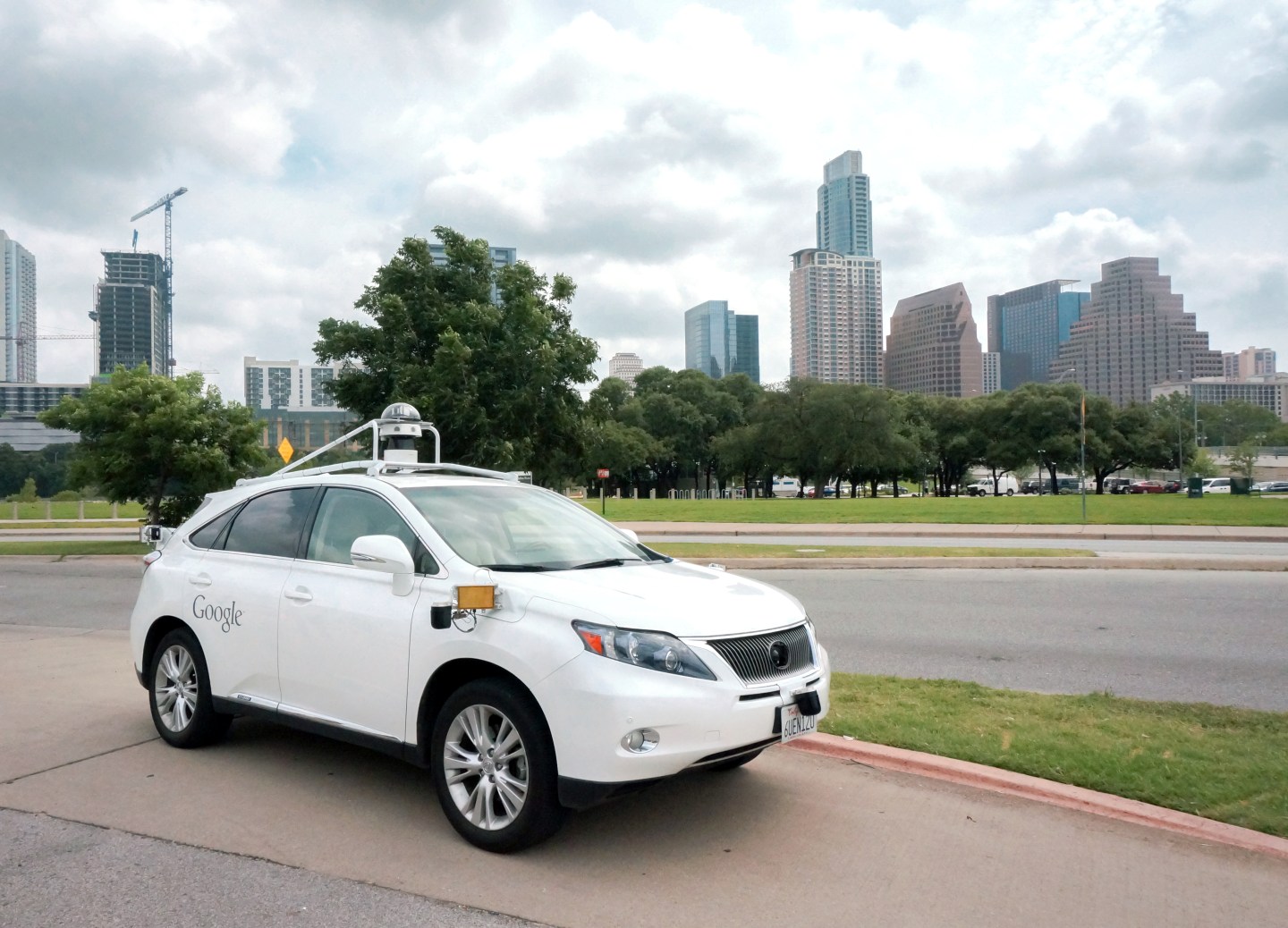 Google’s self-driving cars and Austin, Texas, residents are getting to know each other. And so far, the relationship has been a symbiotic one—or at least an accident-free one.

Google (GOOG) has been navigating its autonomous-driving-equipped Lexus RX450h SUVs through Austin for about two months without any accidents, according to the company’s August report released Tuesday.

Aside from a few adjustments—horizontal street signs and a lot more deer—the overall conditions in Austin are similar to Mountain View, Calif., where Google has tested its cars since 2009, the company says.

One of Google’s Lexus SUVs was involved in an accident in Mountain View in August, according to the report. A Google car was rear-ended Aug. 20 as it stopped for a pedestrian in a crosswalk. A driver behind the Google self-driving car had been busy merging and failed to see the vehicle stop in time. In its report, Google notes how self-driving cars are designed to “see” and anticipate these types of events:

“This is a great example of an everyday driving situation that’s difficult for humans because it demands 360 degree attention, lots of quick calculations, and nuanced action, all in fractions of seconds—which is what a computer is really good at.”

Google has 23 Lexus RX450h SUVs self-driving on public streets in Mountain View and Austin. The company also has 25 two-seater prototypes, five of which are self-driving in Mountain View. These prototype cars, which look more like gumdrops on wheels, are coming to Austin later this month.

Google vehicles have now been involved in 16 collisions, 12 of them rear-enders, during more than 2 million miles of autonomous and manual driving. Google’s self-driving cars have never been the cause of a collision, the company says.

It’s been a busy summer for Google’s self-driving car team. The company unleashed a self-driving car with no pedals or steering wheel, but lots of sensors and software, in June. The two-seater vehicle is equipped with the same software used in Google’s previous generation of self-driving Lexus vehicles. For now, Google will equip the cars with removable steering wheels, accelerator pedals, and brake pedals so test drivers can take over driving if necessary (and to comply with California regulations).

In July, the company began testing its outfitted Lexus RX450h sport-utility vehicles in Austin, marking the first time since Google launched the self-driving car project in 2009 that the company has conducted extended testing outside of California. Except for the occasional demo, the company has primarily tested its software in Mountain View.

A number of automakers have ramped up efforts over the past year. Ford lifted the veil on its self-driving car project in June, Audi’s autonomous car took five journalists on a cross-country road trip, and GM’s Chevrolet unveiled one of its most unusual concept cars to date—a fully autonomous electric muscle car. Tesla’s 7.0 version of software, which has been released to beta testers, will include a complete overhaul to the user interface, the addition of auto steering, and an app that allows you to summon your car akin to the 1980s television series Knight Rider.