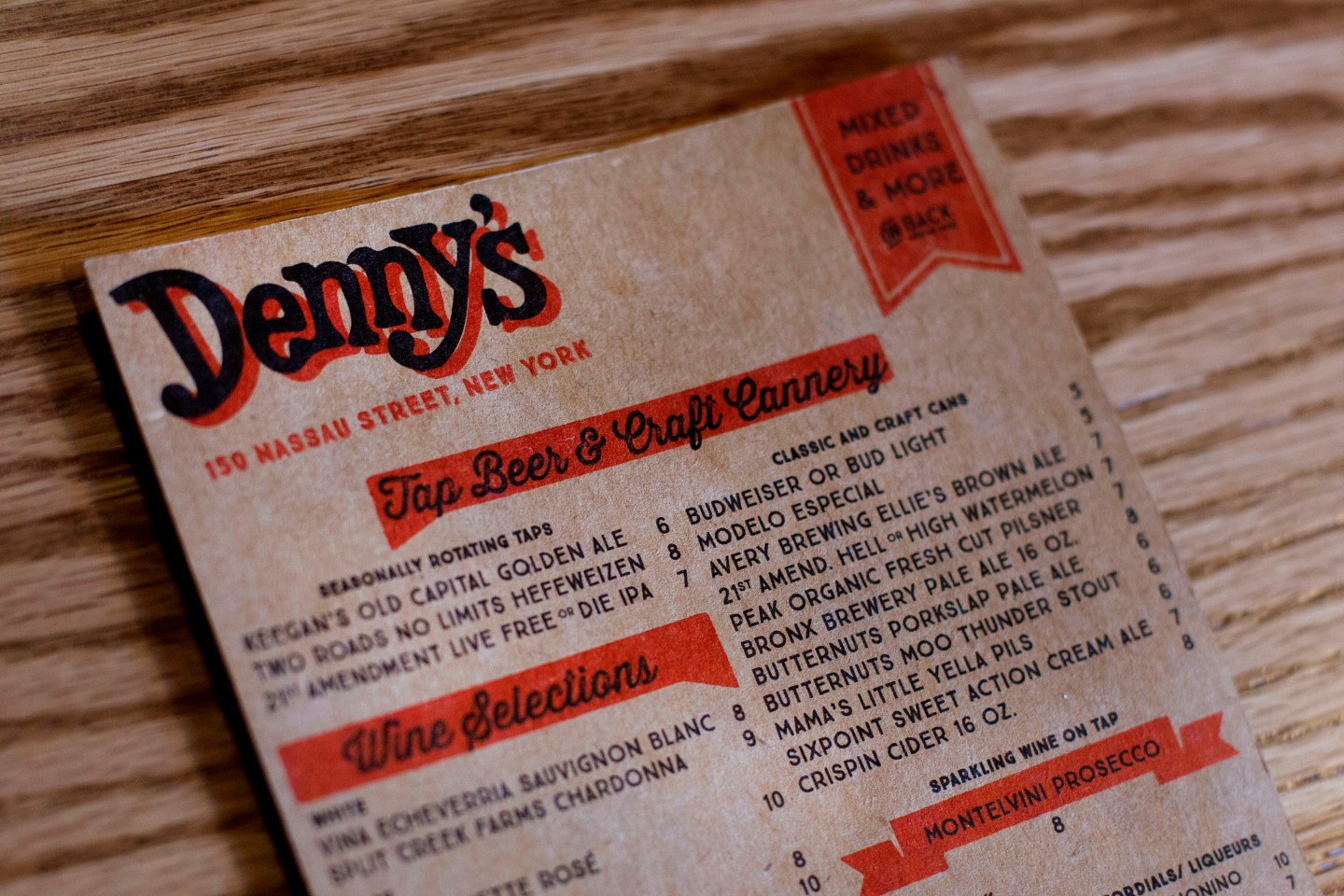 The drinks menu is displayed for a photograph at the Denny's Corp. restaurant in New York, U.S., on Saturday, Sept. 6, 2014. Denny's Corp., the restaurant chain known for dishes such as the Grand Slam and Moons Over My Hammy, is opening its first diner in New York City. The diner will offer a full bar with Prosecco on tap and a $300 brunch for two that includes a bottle of Dom Perignon champagne. Photographer: Victor J. Blue/Bloomberg via Getty Images
Photograph by Victor J. Blue — Bloomberg via Getty Images

Burger King very publicly suggested that it “end the beef” with McDonald’s by collaborating on a burger in honor of Peace Day on September 21. They took out full-page ads and even set up a website explaining that all “McWhopper” proceeds would benefit a non-profit organization called Peace One Day.

McDonald’s CEO Steve Easterbrook responded the offer on Facebook, rejecting the idea and ending with “A simple phone call will do next time.”

After seeing this, Denny’s took to Twitter with a proposal of its own. It wants to combine its own Bacon Slamburger with Burger King’s Whopper to make a “Slopper,” or something else that sounds a bit more appetizing:

Denny’s isn’t the only one trying to get in on Burger King’s Peace Day deal. Krystal, an Atlanta-based fast food restaurant that specializes in sliders, also extended an offer to the royal fast food giant via Facebook:

We’d be honored to join y’all (Burger King and Peace One Day) in continuing your day of peace in Atlanta. We propose working together to create the first tiny square Whopper. (We’re partial to the Kropper, the Whystal, or the Tiny King.)

Burger King has not responded to either offer.