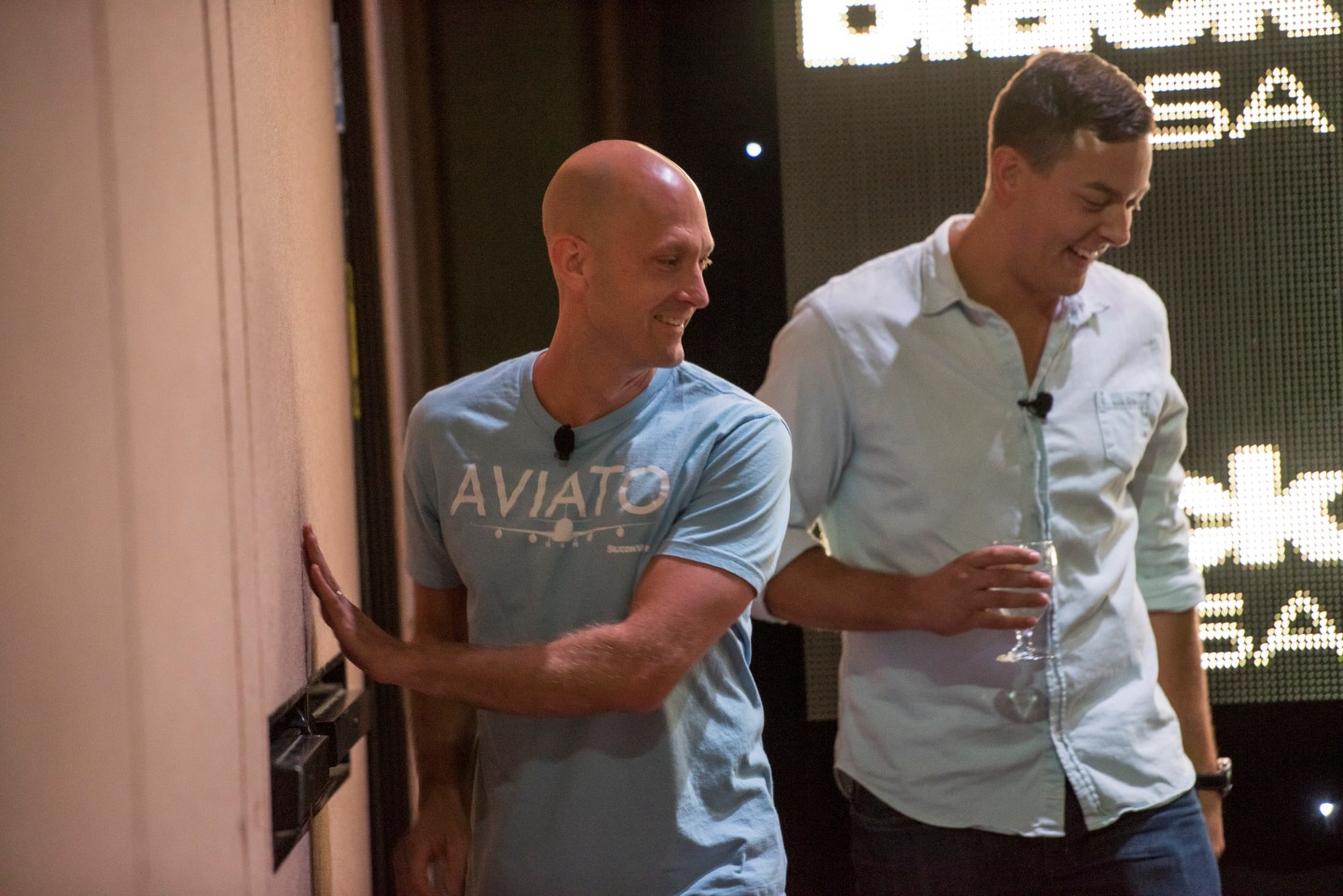 Charlie Miller, security researcher for Twitter Inc. and a former NSA hacker, left, and Chris Valasek, director of vehicle security research at the consultancy IOActive, arrive to give a presentation about a remote exploitation of a passenger vehicle demonstration at the Black Hat Conference in Las Vegas, Nevada, U.S., on Wednesday, Aug. 5, 2015. Features that buyers now expect in most modern automobiles, such as driving directions and restaurant guides, count on a constant connection to a telecommunications network. But that link also makes cars vulnerable to security invasions like those that threaten computers in homes and businesses. Photographer: David Paul Morris/Bloomberg via Getty Images
Photograph by David Paul Morris — Bloomberg via Getty Images

I first met Charlie Miller and Chris Valasek—the notorious “mid-drive Jeep hackers”—at this year’s Black Hat security conference in Las Vegas, Nev. They seemed to be enjoying the media attention, each knocking back a bottle of Heineken at a podium in front of the press room following their much anticipated talk on How They Did It. The pair emanated undeniable sprezzatura, fielding reporters’ questions—including ones who had blatantly neglected to do their homework (Why did you choose to hack a Jeep Cherokee? Answer: they had spent much of the previous year determining it to be the most hackable vehicle on the market)—with tactful equanimity, obliging explanations, and self-deprecating jokes.

Couple of regular guys. Just with the power to remotely crash your car.

Then this week Miller, an ex-NSA “global network exploitation specialist” who has been tinkering on Twitter’s security team for the past three years, announced that he would quit his day job. To do what exactly? No one could be sure.

Fucking Infosec paparazzi digging for my next gig. Leave me alone :'(

Wall Street scrutiny, slipping share prices, and unresolved leadership questions aside, Twitter (TWTR) seems like a fairly decent place to work. In fact, the social network debuted on Fortune’s “100 Best Companies To Work For” list this year, claiming spot no. 24. Considering all the buzz Miller and Valasek’s carjacking stunt garnered, it was clear to many industry watchers that a big move was in the works.

That move, it turned out, was to Uber. Miller and Valasek, the world’s leading white hat highwaymen, have announced that they plan to join the $50 billion ride-sharing service’s Advanced Technologies Center, a research lab opened by the company in Pittsburgh, Pa. earlier this year. The lab is stocked with 40 former (poached) Carnegie Mellon software engineers and robotics researchers, not to mention former (poached) executives from Google’s (GOOG) mapping division. The hacker duo, the company said in a statement, will work closely with Joe Sullivan, Uber’s chief security officer, who formerly worked at Facebook (FB). (You guessed it, he too was poached).

Uber’s ambitions are stunning. As is the company’s ability to lure away top-tier talent. Given Uber’s affinity for aggressive tactics, however, I am reminded of another bit of news that surfaced this week. Reuters reported that the Russian anti-virus tycoon Eugene Kaspersky allegedly encouraged “rubbing out” his rivals with shady business tricks throughout his firm’s history. (Kaspersky has denied the allegations.) Imagine what damage pros like Miller and Valasek could do if turned loose on Travis Kalanick’s competitors? I don’t think that’s a likely scenario, of course. They don’t seem to have maliciously driven motives. Just the opposite, in fact: They seem intent on improving the security of auto-manufacturers.

For more on Uber, watch this video below.