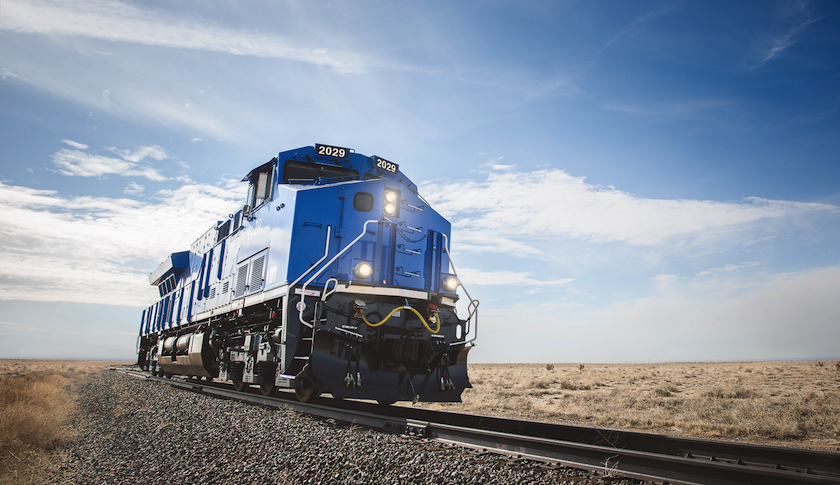 What do America’s leading organic supermarket chain, Brazil’s top maker of beauty products, and the world’s most recognizable athletic brand have in common? They’re proof that acting sustainably and topping a billion dollars in sales can go hand in hand.

In this excerpt, adapted from her new book, Green Giants: How Smart Companies Turn Sustainability into Billion-Dollar Businesses, E. Freya Williams looks at nine companies whose standalone businesses, product lines or business units know how to maximize profit and be a force for social good.

Qualification as a Green Giant: 100% of pork, beef, and chicken are naturally raised and a majority of dairy is pasture raised. It is the only publicly traded restaurant to have achieved these ratios and is the nation’s largest restaurant purchaser of sustainable and humanely reared meats.

Qualification as a Green Giant: Committed to doubling its sales while halving its environmental footprint by 2020. Aims to source 100% of its agricultural feedstocks from sustainable agriculture and to improve the lives of 1 billion people.

Disruptive innovation: Moving to decouple economic growth from carbon growth across its entire business via the Sustainable Living Plan. Individual brands are contributing to the overall goal in differing ways. Refused to report quarterly to Wall Street analysts, thus challenging the orthodoxy of managing on a 90-day payback period.

Qualification as a Green Giant: 30% of sales are organic, more than any other national retailer. The first national supermarket to have its retail operation be certified organic.

Disruptive innovation: In an industry ruled by low prices, proved that the segment of U.S. consumers prepared to pay more for local, responsible, organic, fresh, or natural grocery products is much more than a niche when there’s a perceived personal benefit.

Purpose: “With great courage, integrity, and love, we embrace our responsibility to co-create a world where each of us, our communities, and our planet can flourish all the while, celebrating the sheer love and joy of food.

Qualification as a Green Giant: The world’s largest and first publicly traded B Corp. Its goal is to source one-third of ingredients sustainably from the Amazon. A pioneer of integrated reporting.

Disruptive innovation: Proved the prevailing beauty industry wisdom (that you have to choose between efficacious and natural when it comes to beauty products) to be a myth.

Purpose: “To make people feel good about themselves, about others, and about the natural environment and the whole of which we are part.”

Purpose: “To help expedite the move from a mine-and-burn hydrocarbon economy toward a solar electric economy.”

IKEA Products for a More Sustainable Life at Home

Qualification as a Green Giant: Products in the line are designed to help customers use energy more efficiently, produce renewable energy, reduce waste, recycle more, and save, reuse, or purify water.

Disruptive innovation: Originally disrupted the furniture category by making stylish furniture affordable to all. Today, applies the same philosophy to more sustainable products like solar panels and LED bulbs to create the billion-dollar line of Products for a More Sustainable Life at Home.

Purpose: “To create a better everyday life for the many people.”

Qualification as a Green Giant: A line of products ranging from diesel locomotives to electric vehicle charging stations that are certified against a set of criteria and verified by a third party as delivering superior environmental and financial performance to customers.

Disruptive innovation: Created a highly profitable and fast-growing portfolio of environmentally superior products and services at a time when industry wisdom held that sustainability could not equal profitability, and in spite of the absence of global regulation that would have favored the adoption of these products.

Purpose: “To invent and build things that power the world.”

Qualification as a Green Giant: A technology that allows athletic shoes to be woven rather than pieced together, resulting in a high performance shoe that creates up to 80% less waste than conventional athletics shoes during manufacture.

Disruptive innovation: Reinvented the way shoes are made, going from multiple materials cut and sewn together to knit strands of yarn that form a nearly seamless upper, dramatically decreasing waste while enabling increased athletic performance.

Purpose: “To bring inspiration and innovation to every athlete in the world ... If you have a body, you are an athlete.”

Qualification as a Green Giant: The first mass-produced hybrid vehicle, it topped the 2013 Greenest list, an automotive ranking by the American Council for an Energy-Efficient Economy.

Leader: Takeshi Uchiyamada, chairman of the board
Background: Test engineering and technical administration at Toyota (TM). Formerly chief engineer of the Prius.

Disruptive innovation: Proved to be the first vehicle in the world not built on the internal combustion engine to achieve mainstream adoption, independent of gas prices and even in the United States—the land of the SUV.