Meet the ‘hoverboard’ that got Wiz Khalifa arrested 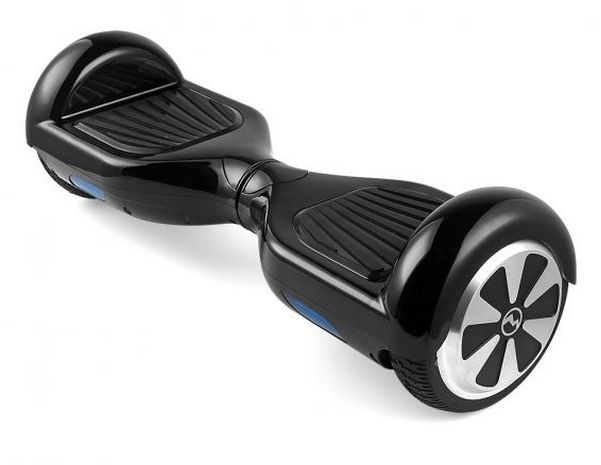 Despite what other outlets are reporting, Wiz Khalifa was actually riding an auto-balancing scooter.
Courtesy of MonoRover

Rapper Wiz Khalifa was arrested on Sunday at the Los Angeles International Airport (LAX) for riding a hoverboard. If you’re properly digesting that bit of news, you may be wondering: a) who is Wiz Khalifa?; b) what was he doing on his hoverboard that got him arrested?; and c) wait, did you say a hoverboard?

If you believe Hollywood’s premonitions of the future, we should all be zooming around on gravity-defying Mattel skateboards and have self-sustaining holiday colonies on the moon.

Although Lexus took the wraps off a seriously slick levitating board earlier this month, that liquid nitrogen-cooled prototype isn’t available for purchase—even to well-heeled rappers. What’s more, LAX’s ongoing renovations don’t include the magnetized flooring needed for personal flotation.

Another clue Khalifa wasn’t riding a hoverboard: It had wheels. The kind that touch the ground. That pretty much eliminates “hover” from any accurate description, yet more than a few media outlets reported the rapper was forcibly removed from his “hoverboard” by LAX customs agents.

Can we forgive a bit of wishful thinking? Khalifa was actually riding an auto-balancing scooter, one of a growing number of personal transportation devices that includes the Mobi Max, MonoRover R2, and PhunkeeDuck.

Although prices range from $599 to $1,499, these two-wheeled scooters look and function much the same way. Imagine a sideways skateboard with slightly oversize wheels on either end. You stand in the middle and lean in the direction you want to go. Built-in gyroscopes help keep you balanced, while sensors track what your feet are doing. Think Segway, but without the size, weight, and (frankly) dork factor.

As with electric bikes, ranges and speeds vary, though not by much: Most of the aforementioned products can travel 10-12 miles on a charge, with a top speed of around 10 mph. It’s easy to guess why Khalifa chose to zip around LAX on one, and why he didn’t want to get off: He was having too much fun.

Even so, it wasn’t a hoverboard. And there probably won’t be one for a decade or two. But the next best thing is already here if you’re ready to take a ride.