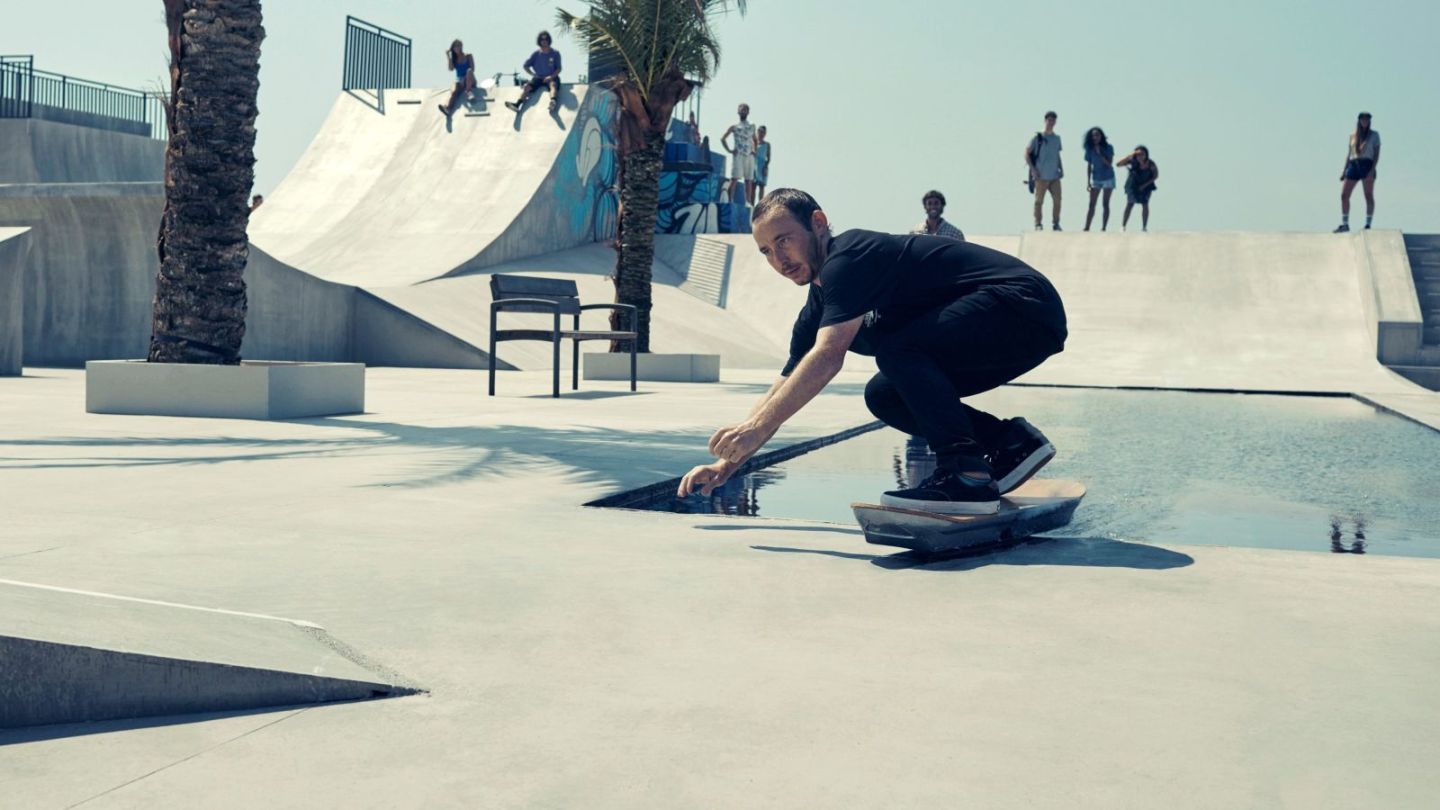 Skateboarder Ross McGouran testing out the Lexus hoverboard in Barcelona.
Courtesy of Lexus

We’ve read the news. We’ve seen the pictures. Now, we can see the Lexus hoverboard in all its loving, levitating glory.

The result of 18 months’ work has been captured in a video featuring professional skateboarder Ross McGouran. As explained in an earlier story, the bamboo hoverboard combines liquid nitrogen-cooled superconductors and permanent magnets to lift the board above a magnetized ground. In essence, the board acts like a miniature maglev train.

But that doesn’t mean it’s an easy ride. As the video shows, McGouran and others take their fair share of spills and tumbles as they try to maneuver with the hoverboard. But when they do get the hang of it, and steer the hoverboard around bends and across water? Great Scott.

“I’ve spent 20 years skateboarding, but without friction it feels like I’ve had to learn a whole new skill,” said McGouran in a statement on Lexus’ website.

Lexus, the luxury vehicle division of Toyota, emphasizes that the board is just a prototype and is not for sale. The project was almost shelved a few times because of its difficulty, the company’s global brand leader Yolande Waldock told Bloomberg. She dared not venture a guess on the hoverboard’s sticker price. “You couldn’t actually even put a figure on it,” Waldock said. “It’s impossible to put a figure on it.”

You can also watch the building of the Lexus hoverboard here: