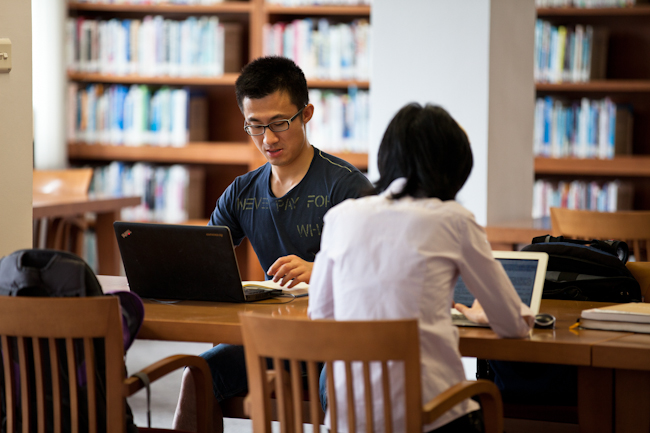 CEIBS students study in the library
Photo by Ethan Baron

A few years ago, startups offering online classes attracted widespread attention as a solution to the problems in traditional schooling. But the early enthusiasm waned after they showed mixed results in improving student performance.

Now, a resurgence investment in these businesses shows that interest has rebounded — at least among venture capitalists.

On Tuesday, three-year-old Coursera announced it has closed $49.5 million in new funding, and expects the round to reach a total of $60 million this fall. This news comes at the heels of fellow online company Udemy’s $65 million funding round in June, LinkedIn’s acquisition of Lynda.com in April for $1.5 billion, and a partnership between Udacity and Google to teach people skills like Android development, among others.

While Coursera started out by offering free courses developed in partnership with universities. To get a certificate for completing a class, students have to pay a fee.

But since then, the company has tried to figure out how to ramp up revenue. One model the company introduced earlier this year are “specializations”, or a series of courses focused on a certain area like Android software development or business fundamentals. Companies like Instagram, Google, and Shazam have signed on to help design and evaluate the curriculum.

Increasingly, online education startups have focused their courses on job-related skills. Virtually all of the companies are looking at ways to make their courses helpful for their students’ careers by providing certificates for completing them, creating courses in skills that are popular among employers, and so on.

Coursera CEO Rick Levin told Fortune, that employers are increasingly recognizing his company’s course certificates as a sign that an individual has indeed mastered a subject. To hammer the point home the point that Coursera is gaining traction among professionals, he said that nearly 80% of the company’s U.S. students are over the age of 22 and therefore less likely to be enrolled in college.

What’s interesting is while there are no additional fees or benefits to doing a specialization instead of signing up for the courses separately, it can work in Coursera’s favor financially. The clear path to obtaining a mini degree, if you will, can be motivating for students to sign up to get certified for all the courses in a specialization (though they can do one or two before deciding to commit), which means more guaranteed revenue. It can also help with motivating students to finish the courses, something the entire industry has struggled with.

To date, the company has created 32 specializations, with almost 30 of them currently available. In a couple of weeks, Coursera plans to announce six more companies whose involvement will go a step further than simply helping with the capstone project. They’ll be sponsors of their respective specialization programs, which means they’ll also providing some funding to their partner universities to develop the content, Levin says.

For these companies, the benefits of participating are mainly brand marketing, and to a smaller extent, for recruiting new employees. “We have a big reach and these companies want the visibility,” said Levin. “They want to know who the top performers are in the course, and potentially interest them in applying for a job.”

But beyond continuing to grow its specializations model, another area of focus for Coursera as it digs into its new funds is international expansion.

“Almost three-quarters of our learners are from outside the United States,” says Levin, though the company could still do a lot more for students outside the U.S. The company plans to focus on translating and adding subtitles to as much of its content as possible in other languages, which Levin says significantly increases the number of students taking a course, and adding courses developed locally. Times Internet, owner of The Times of India and a new investor in Coursera, is partnering with the company to help it grow in India.

Levin admitted that the company could build more features and tools for its students, such as better ways for them to connect with each other and with instructors. Coursera’s competitors have been investing their own resources on such features, like Pluralsight’s recent acquisition of a startup that provided on-demand tutoring for certain topics like web development.

New Enterprise Associates led this latest funding round, with additional participation from existing investors Kleiner Perkins, International Finance Corporation, as well as a new investor, Times Internet, a subsidiary of Bennett, Coleman and Company Limited, that also holds the Times of India and related media properties. GSV Asset Management and Learn Capital, among others, are expected to participate in the second closing on the round this fall.

For more about education, watch this Fortune video: