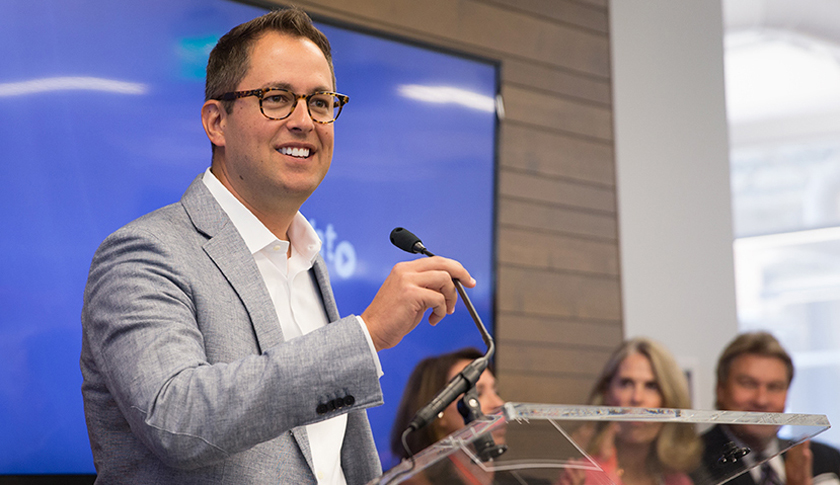 In early April, professional social network LinkedIn shelled out $1.5 billion to acquire Lynda.com, one of the largest and oldest online learning marketplaces, with the goal of becoming the professional enrichment destination of choice.

But Pluralsight, a Farmington, Utah-based online learning company that provides education in technical topics, is not worried.

Instead, the company announced on Thursday that it has recently acquired, at undisclosed terms, San Francisco startup HackHands to bolster its own service. HackHands is a startup whose on-demand service lets people connect to subject matter experts specializing in web and software development via a video-chat, screen-sharing, and so on.

“We’ve been looking around at different ways to introduce online mentoring or tutoring to our platform,” Pluralsight co-founder and CEO Aaron Skonnard told Fortune of his company’s decision to acquired HackHands.

Founded in 2004, Pluralsight wants to be the full-service online education hub where professionals go to pick up extra skills, polish their own, or even just learn to use a new tool for work. Taught by carefully vetted instructors, its courses covers topics such as coding in Java and how to use virtualization—a way to squeeze more efficiency out of data centers—tools from VMware. It provides monthly and yearly subscription-based access to its courses both to enterprises and individual users.

Pluralsight has been extending into areas such as providing ratings of students’ skills and certifications when they complete a course. With its purchase of HackHands, it’s now adding live help from topic experts to its education arsenal.

“When you look at online learning, in general, our thesis is that this is a core thing that’s missing today,” Skonnard said of adding on-demand expert help. “That’s why a lot of people out there believe that online education won’t work for them, because they’re missing that piece.”

Under HackHand’s own model, the company charged $1 per minute of help from experts and split the revenue with them. Pluralsight, however, will implement a more supply-and-demand-based dynamic pricing model in which students and experts will set the prices they prefer and be matched based on that. The company will also extend the service to eventually cover all the topic areas Pluralsight’s course cover, not just programming as HackHands offers at the moment.

But it’s getting a good start. HackHands currently has over 300,000 registered students and over 3,000 active experts signed up, according to Skonnard.

Nevertheless, Skonnard is still aware that the battle is not won, and the LinkedIn-Lynda creature will still be competition — and that’s why Pluralsight is heads-down on growing and improving its product. An IPO is on the map at some point but Skonnard isn’t commenting on the plans or timing of it.

“In the end, if everyone is on a level playing field, it all comes back to the quality of the content,” he said.

In addition to Lynda, Plurasight also competes with others like Udacity, Udemy, and Coursera, to name a few. Udacity recently teamed up with Google to offer tiny degrees in specific engineering topics, in the online education space, while Udemy closed a $65 million round to expand internationally.