The real reason Caitlyn Jenner’s show is losing its audience 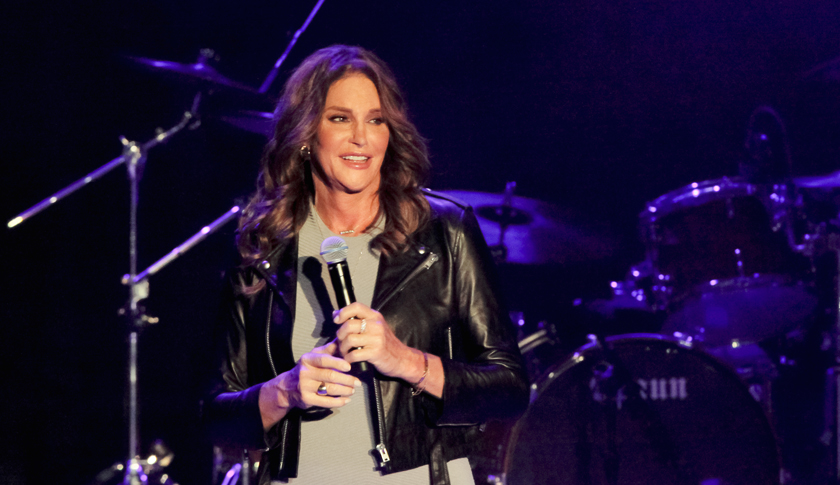 Caitlyn Jenner has vaulted from the shadows of the Kardashian clan to become one of today’s most popular and influential celebrities. Her Diane Sawyer interview attracted 16.9 million viewers, and her appearance on the cover of Vanity Fair drove a record 9 million visitors to their website. In an age when celebrities look to the size of their Twitter following to measure their worth, she gained a million followers in less than four hours, outpacing even President Obama. And if that wasn’t impressive enough, she just won the gold medal of celebrity buzz by bringing home the Teen Choice Award for Social Media Queen of the Year. Not bad for a 65-year old retired Olympian.

Yet despite her legion of fans, the ratings of her reality TV show, I Am Cait, are in freefall. The show’s second episode drew roughly half the audience of the premiere, which had 2.7 million viewers, according to Entertainment Weekly. Forbes reports that the third episode dwindled to 1.19 million viewers and there’s nothing to indicate that Sunday night’s episode, the series’ fifth, fared any better. The show’s poor ratings have prompted most big advertisers to give it a wide berth and leave the media mavens who predicted a hit wondering what went wrong.

But none of this is surprising if you stop and think about what we watch and why. To begin with, consider the intersection of empathy and entertainment, a place seldom visited by reality TV.

Successful television shows only come in two flavors, optimistic or voyeuristic. Optimistic television includes morning news programs, daytime talk shows and most family sitcoms. From the smiles of the anchors to the timing of the laugh tracks, these shows are designed to trigger the endorphins that make us feel happy, hopeful and closer to our fellow humans.

Voyeuristic TV includes the nightly news, reality TV and heavy drama. Dramas like Breaking Bad give us a voyeuristic and escapist glance into a much darker world than our own, and after it’s over, the real world feels lighter by comparison.

Reality TV functions in a similar way—a window into a world messier than the one we live in. Viewers want it tawdry, titillating or tragic. It’s a funhouse mirror, a distorted reality bearing no resemblance to ourselves, a televised sideshow of people whose biggest accomplishment is, well, that they’re on reality TV. We watch them like exotic animals in a zoo, not laughing with them but laughing at them.

And that’s why, despite being a celebrity, Caitlyn Jenner doesn’t have what it takes to be a reality TV star. Because when we watch her on the small screen, we’re actually on her side.

Caitlyn Jenner, like Bruce Jenner before her, is someone who people want to succeed.

We all wanted to watch Bruce Jenner clear the high jump, and we want Caitlyn Jenner to break down barriers. We want her to win. But what we don’t want is to watch her try to keep up with the Kardashians or anyone else.

From the decathlon to her speech at the ESPY awards, Caitlyn Jenner is inspirational. She’s optimistic. There was a momentary, voyeuristic fascination with her transgender transition, but now she’s Caitlyn, not Bruce, and she’s still someone we are rooting for, not someone we secretly hope slips on a banana peel.

That’s what the so-called television experts lost sight of when they sought ratings by equating Caitlyn Jenner with the rest of her family. Her identity isn’t based on being a social media phenomenon—she’s just someone trying to figure out who she is. So we empathize, even if her struggles aren’t our own. There’s no entertainment in ridiculing her, because she’s demonstrated too much dignity.

The recent news that she may face manslaughter charges related to a February car accident does cast a long shadow on an otherwise optimistic tale. But regardless of the outcome, that story already feels tragic as opposed to tawdry. There is only sadness, no upwelling of righteous glee at someone else’s misfortune. It doesn’t fit the narrative we associate with Caitlyn Jenner.

The Kardashians belong on reality TV, that’s how they arrived on the cultural landscape. They are the flip side of the optimistic-voyeuristic coin. So if you insist on putting Caitlyn Jenner on TV, make her a guest anchor on a morning news program or the host of a daytime talk show. That’s where she belongs.

Tim Maleeny is an author and chief strategy officer for Havas Worldwide.