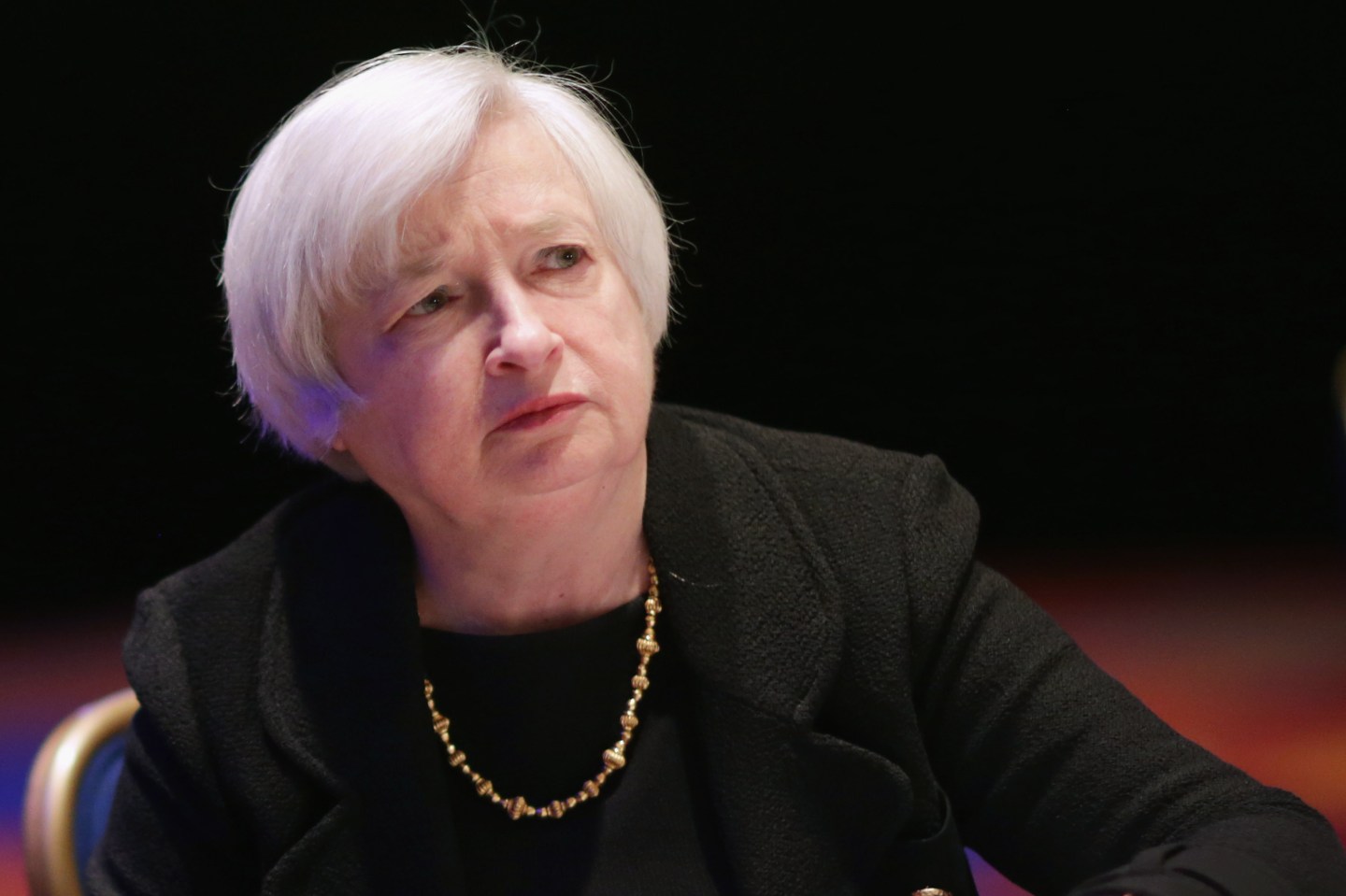 Wall Street stock futures are sharply lower Thursday after overseas markets reacted badly to the message from the latest Fed minutes that the time for an increase in interest rates is “approaching.”

Today’s must-read stories come from Fortune‘s Fastest-Growing Companies list, which includes these four companies — NVR (NVR), Buffalo Wild Wings (BWLD), Ecolab (ECL), and Ulta Beauty (ULTA) — that have been around for decades but have recently honed their business models on the way to experiencing rapid growth.

Another six-year low in crude oil prices (below $41 a barrel) and some spectacular falls in emerging market currencies from Kazakhstan to South Africa as markets fret about the Federal Reserve’s imminent ‘lift-off’. Volatility is increasing across the board as the first Fed rate hike since 2007 approaches, while China, the world economy’s biggest growth engine for the last 20 years, is slowing (Shanghai stocks lost another 3.4% overnight).

Hewlett-Packard (HPQ) reports third-quarter earnings this afternoon at a time when the hardware and software giant is in the process of splitting up its computer and printer businesses from its enterprise hardware and service arm. HP is expected to narrowly beat Wall Street’s expectations for its third-quarter earnings after cutting costs and shifting focus to higher-margin business areas. Meanwhile, Salesforce (CRM) reports its second-quarter results today and the cloud software firm is expected to report strong profit growth once again after reporting the company’s first quarterly profit in seven quarters earlier this year.

3. Waiting for the Gap turnaround

The fashion retailer is expected to report yet another round of sinking quarterly sales today, leading to second-quarter profits that likely fall below analysts’ expectations. In May, Gap reported its fifth-straight quarterly sales decline, led by poor sales from the retailer’s namesake brand, which led to recent store closures and job cuts. In the most recent quarter, Gap (GPS) suffered from shipment delays due to West Coast port strikes while the strong U.S. dollar also weighed down overseas revenue. Investors will want to hear more about CEO Art Peck’s plans to turn the flailing fashion brand around.

The National Association of Realtors puts out the tally for July’s existing home sales today, following a string of positive economic reports that have suggested the U.S. economy got off to a solid start in the third quarter. While the number of existing home sales in July is expected to have dipped to an annual rate of 5.44 million units from 5.49 million units in the previous month, June’s numbers represented the real estate market’s highest level of resold homes since February 2007. This month has already seen reports of strong numbers for monthly employment, retail sales, and industrial production, leading economists to predict the Federal Reserve will likely raise interest rates as soon as next month.

More positive payroll data could be released today, as the U.S. Labor department is expected to report that the number of Americans filing for unemployment benefits last week fell by 2,000 to 272,000 claimants. That report follows another solid monthly employment report from the Labor Department earlier this month, increasing speculation that the Fed’s interest rate hike will come next month.