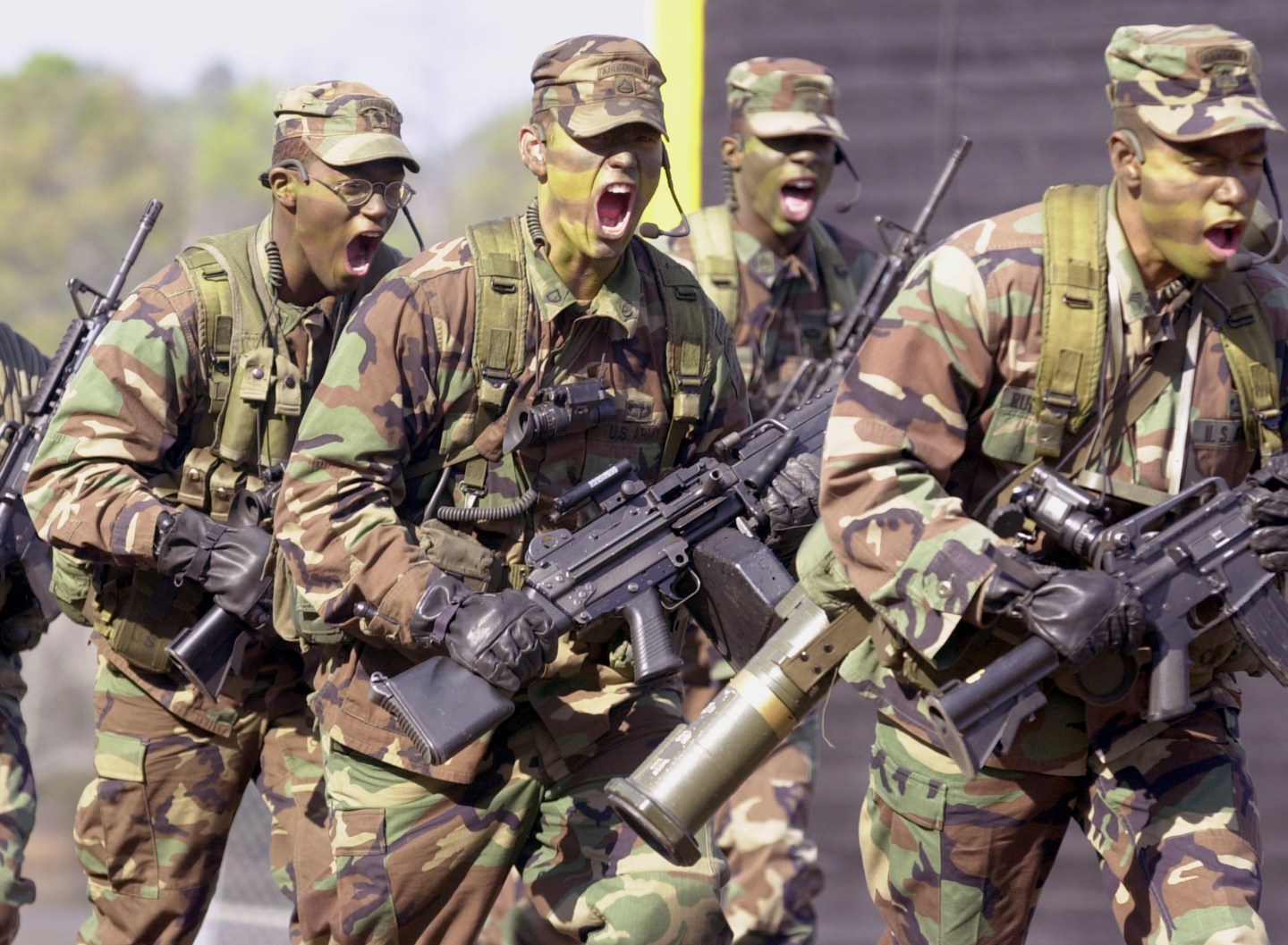 397109 14: A U.S. Army Ranger unit goes through its paces during a demonstration of the elite force November 9, 2001 before a graduation ceremony at Fort Benning in Columbus, Georgia. Rangers have been used in the military actions in Afghanistan. (Photo by Erik S. Lesser/Getty Images)
Photograph by Erik S. Lesser — Getty Images

This Friday, two women will make U.S. Army history by graduating from Ranger School alongside 94 male peers. This year marked the first time that the military opened the intensive training to women on a trial basis.

In order to graduate, the students had to pass one of the most grueling courses in the military, undergoing physical tests in swampland, forests, and mountain terrain with a minimal amount of food and sleep. According to CNN, they also had to “undergo a physical fitness test that included 49 push-ups, 59 sit-ups, a 5-mile run in 40 minutes, six chin-ups, a swim test, a land navigation test, a 12-mile foot march in three hours, several obstacle courses, four days of military mountaineering, three parachute jumps, four air assaults on helicopters, and 27 days of mock combat patrols.”

Only 3% of the Army troops have Ranger tabs, according to the Christian Science Monitor. It’s the first step for many on the way to joining the U.S. Special Operations unit — but not for the two female graduates. Since the Pentagon still hasn’t decided exactly which combat positions will be open to women, they won’t be able to apply for the elite 75th Ranger Regiment.